Chelsea will be desperate to return to winning ways when they welcome Leicester City to Stamford Bridge on Saturday.

The 2022/23 Premier League season resumes this weekend with Gameweek 4, with the latest set of fixtures beginning with Manchester United’s trip to St. Mary’s to take on Southampton. The goal rush segment after the lunch-time kick-off will feature several matches, with Chelsea playing hosts to Leicester City at Stamford Bridge in one of the games.

Chelsea started the 2022/23 Premier League season with a hard-fought win over Everton. But things have taken a turn for the worse since then, with Tottenham Hotspur twice coming from a goal down to hold Thomas Tuchel’s charges to a 2-2 draw before they suffered a 3-0 defeat to Leeds United last weekend. The winless run has dropped Chelsea outside the top half.

On the other hand, Leicester City’s fortunes have been even worse, with the Foxes managing only one point from their first three games. Brendan Rodgers is facing the heat after his club’s lack of spending in the summer transfer window. And after starting the season with a 2-2 draw, Leicester suffered back-to-back defeats to Arsenal and Southampton in the last two fixtures.

The corresponding fixture last season saw Chelsea come from a goal down to hold Leicester City to a 1-1 draw, with Marcos Alonso scoring the equaliser. Ahead of the latest meeting between the two sides, The Hard Tackle takes a closer look at the encounter.

Thomas Tuchel has greeted a mixed bag of updates on the team news front ahead of the visit of Leicester City. On Saturday, the Chelsea manager will be bereft of the services of three first-team players due to suspension and injuries.

Kalidou Koulibaly is the latest absentee for Chelsea after his dismissal against Leeds United last weekend. The Senegalese international has joined N’Golo Kante (hamstring) on the sidelines, while Marcos Alonso is unavailable as he looks to finalise his departure from Chelsea. But there is some good news as Mateo Kovacic and Armando Broja are available to take on Leicester City.

But neither player will make the starting eleven, with Tuchel likely to ease them back into action. So in Kovacic’s stead, Ruben Loftus-Cheek will likely start alongside Jorginho in the middle of the park after a sub-par showing by Conor Gallagher last weekend.

Meanwhile, Kai Havertz will continue spearheading the Chelsea attack against Leicester City, with Broja being an option off the bench. Mason Mount and Raheem Sterling will complete Chelsea’s offensive unit, with the duo desperately needing to up the ante in the final third.

Koulibaly’s absence means Marc Cucurella might drop into the central defensive unit, lining up alongside Thiago Silva and Cesar Azpilicueta. Ben Chilwell will thus return to the starting eleven, with Reece James taking up a more advanced role on the right flank after starting as a centre-back in the last two games. 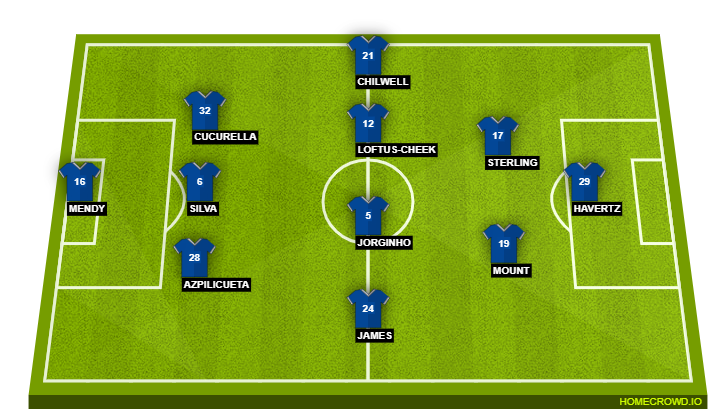 Unlike his counterpart in the Chelsea dugout, Brendan Rodgers does not have any pressing roster issues hampering his preparations ahead of the trip to Stamford Bridge. The Leicester City manager will be without three first-team players on Saturday.

Rodgers had been sweating over the fitness of James Maddison this week. But the English international should be fit enough to take on Chelsea on Saturday. So Ricardo Pereira (Achilles) and Ryan Bertrand (knee) are the only players on the sidelines for Leicester, with Wesley Fofana, heavily linked with Chelsea this summer, unavailable due to the speculation surrounding his future.

Here's the latest from the manager 👇

Daniel Amartey will pair up with Jonny Evans at the heart of the Leicester City defence in Fofana’s continued absence. Timothy Castagne and James Justin will be the two full-backs for Leicester, with Danny Ward taking his place between the sticks against Chelsea.

Kieran Dewsbury-Hall has been one of the most in-form players for Leicester City in the early stages of the new season and should line up alongside Wilfred Ndidi in the middle of the park. Meanwhile, Maddison should reprise his usual no. 10 role, pulling the strings for Leicester in the final third.

Ayoze Perez and Harvey Barnes will likely be the two wide attackers for Leicester. The duo will look to attack Chelsea with direct runs to catch the ageing legs of Cesar Azpilicueta and Thiago Silva off guard. Jamie Vardy’s pace will also be an asset for Leicester, with the veteran striker set to lead the line for the visitors against Chelsea. 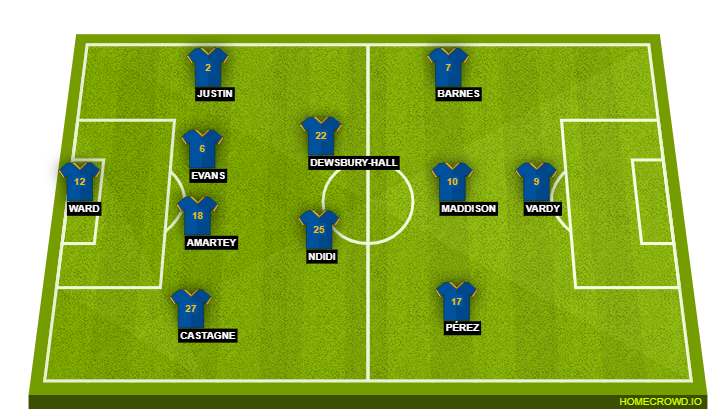 Kalidou Koulibaly’s absence is a major blow for Chelsea, considering the Blues are already short of central defensive options early in the 2022/23 season. Thomas Tuchel will thus reluctantly utilise Cesar Azpilicueta and Marc Cucurella in the central defensive unit against Leicester City.

The onus will therefore be on Thiago Silva to be at his domineering best at the back. The veteran Brazilian defender has been a top-class addition to the Chelsea squad, and he will need to play out of his skin to help Chelsea clinch the three points against Leicester City on Saturday in Koulibaly’s absence.

If 2022 had not already been a trial by fire for Thomas Tuchel and Chelsea, the pressure firmly remains on the Blues at the onset of the 2022/23 season. With the west Londoners struggling to get their top targets over the line on time, Tuchel has been working with one arm tied behind his back.

But Leicester City might be the perfect opponent to get back to winning ways for Chelsea, with the Foxes in the doldrums due to their financial situation. However, that has not stopped James Maddison from making his mark early in the new season. And the English international will be a credible threat for Chelsea.

But the Blues should be on top of Leicester for most of the proceedings, especially if Reece James starts in his preferred right wing-back role. The English defender should be the catalyst for Chelsea’s win on Saturday, playing a leading role in a hard-fought contest that will end in a 2-1 victory for the hosts.