La Liga leaders Real Madrid host strugglers Deportivo La Coruna at the Santiago Bernabeu on Saturday night, attempting to continue their unbeaten start to the season and maintain their lead on the top of the table.

Deportivo La Coruna travel to Real Madrid for the second time this year, as we enter Matchday 15 in the Spanish league. The last time Deportivo visited the Bernabeu was also the match in which Zinedine Zidane first took charge of Los Blancos, when his side romped home to a resounding 5-0 win.

This time around they are attempting to set a club record by extending their unbeaten run to 35 games. In fact, Real Madrid have not been beaten since April, winning the UEFA Champions League and Super Cup, before creating a significant six-point lead over rivals Barcelona at the start of this season.

The hosts come into this game on the back of a 2-2 draw against Borussia Dortmund in their final Champions League group stage encounter, a result that left them second in their pool behind the German club. Deportivo, on the other hand, enter this match after thumping Real Sociedad 5-1 in the league last weekend.

Real Madrid’s last La Liga game saw them come from behind late in the match to secure a 1-1 draw against fellow title contenders Barcelona at Camp Nou. The result frustrated their bitter rivals, and helped Los Blancos maintain their six-point gap at the top of the table.

On the team news front, Zinedine Zidane still has star forward Gareth Bale out with ankle injury, although the Welshman provided a positive update by posting a video on Dugout vouching that his recovery is going well.

Casemiro (fibula), Toni Kroos (foot) and Alvaro Morata (Achilles) have all recovered from their respective injuries and have made the 19-man squad for Saturday’s game. Meanwhile, Zidane has rested his star duo Cristiano Ronaldo and Karim Benzema, as he aims to preserve them heading into the new year.

In the absence of the famed BBC trio, Alvaro Morata, James Rodriguez and Lucas Vazquez are all likely to start up front, with Luka Modric, Mateo Kovacic and Isco lining up in the midfield three behind them. At the back, Zidane has all his defenders available and Pepe could make a first start since October alongside Sergio Ramos at the heart of the Real Madrid defence, flanked by Dani Carvajal and Marcelo. 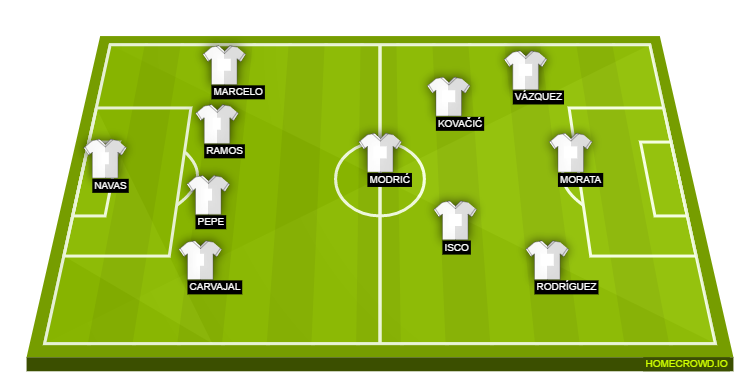 Gaizka Garitano and Deportivo supporters heaved a huge sigh of relief as they overcame high flying Real Sociedad in dominating fashion last week, beating La Real 5-1 at the Riazor Stadium. That win ended a seven-game winless run that stretched back to the start of October, taking them out of the relegation zone in the process.

The Branquiazuis have right back Laure (calf) and winger Bruno Gama (muscular problem) as the only injury absentees this weekend, and Garitano takes his side to Madrid with almost all of his first choice players at his disposal.

The Deportivo manager should continue with his trusted 4-2-3-1 formation, with the back four of Juanfran, Raul Albentosa, Sidnei and Fernando Navarro, alongside the pivot of Guilherme and Celso Borges faced with the ominous task of keeping the energetic Madrid attack quiet on Saturday night.

The front four of Marlos Moreno, Emre Colak, Carles Gil and Florin Andone will fancy their chances against a Madrid defence that has conceded at least once in their last five games. 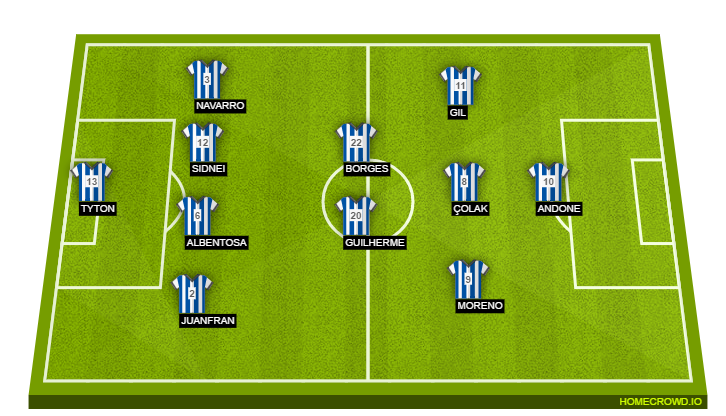 Real Madrid have been in really good touch since the start of the season, looking dominant and imperious one week and assured in tough outings the next. As their unbeaten run continues, the visit of Deportivo presents them with a great opportunity to set a new club record and maintain their lead over Barcelona.

Deportivo, on the other hand, have been anything but imperious – far from it, in fact. Their win over high flying Real Sociedad was the big shock result of Matchday 14, but Depor continue to flirt with relegation, sitting just a point above the drop zone.

Real Madrid will have a second string attack on the field on Saturday, but anything other than a comfortable win for Zidane’s men looks highly unlikely. We predict a comfortable 2-0 win for Los Blancos.