A place in the FA Cup fourth round will be up for grabs when Leicester City and Watford face off at the King Power Stadium on Saturday.

The 2021/22 FA Cup resumes this weekend with the third round, with Premier League clubs entering the fray at this stage. Leicester City will kick off the defence of their crown when they play hosts to Watford at the King Power Stadium in what could be one of the most evenly-contested games of the round.

In last season’s campaign, Leicester City went all the way, beating Chelsea 1-0 in the final to clinch their maiden FA Cup triumph. The Foxes have blown hot and cold in recent weeks but will have been buoyed by their most recent result – a fighting 1-0 win over Liverpool in the Premier League.

On the other hand, Watford got eliminated from the FA Cup at their first hurdle last season, losing 1-0 to Manchester United. Heading into their maiden fixture in this term’s cup campaign, the Hornets have been in a rut, with their 4-1 win over Manchester United in November being the only game in nine that they have not lost.

Leicester City and Watford have locked horns once this season, with the Foxes clinching a 4-2 win in November. Ahead of the latest meeting between the two sides, The Hard Tackle takes a closer look at the encounter.

Brendan Rodgers has major roster issues hampering his preparations ahead of the visit of Watford. On Saturday, the Leicester City manager will be bereft of the services of 12 first-team players due to fitness problems, illness or Africa Cup of Nations participation.

With his squad down to its bare bones, Rodgers will need to delve into his reserves, including playing Ben Wilson at the heart of the Leicester City defence, with Jannik Vestergaard being his partner. Vontae Daley-Campbell and Timothy Castagne are expected to be the two full-backs, with Danny Ward taking his place in the Leicester goal.

Up ahead in midfield, Hamza Choudhury will get a rare chance to impress, with Youri Tielemans being his partner in the middle of the park. While Choudhury will aim to stifle the progress of the Watford creative players, Tielemans will be in charge of providing the forward thrust.

Ayoze Perez will spearhead the Leicester attack in the absence of Vardy and Daka, with the player being supplemented by Marc Albrighton, Kiernan Dewsbury-Hall and Ademola Lookman. James Maddison and Harvey Barnes have only recently recovered from their respective issues and will likely be options on the bench. 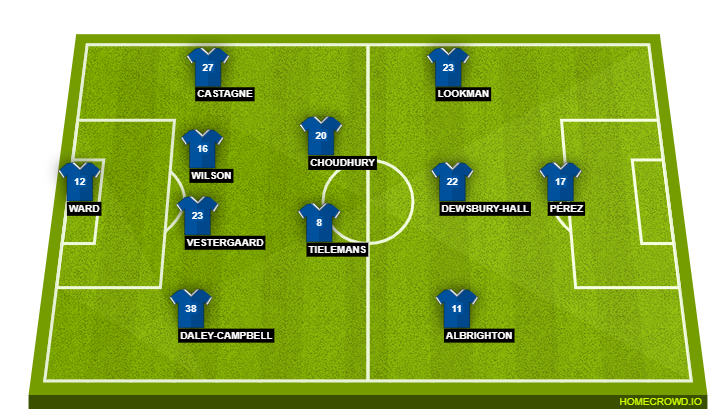 Like his counterpart in the Leicester City dugout, Claudio Ranieri is bogged down by a spate of issues ahead of the trip to the King Power Stadium. The Watford manager could be missing a staggering 13 first-team players on Saturday.

Imran Louza, Adam Masina, and William Troost-Ekong are all representing their respective nations at the Africa Cup of Nations. In addition, several key players, including Ben Foster (groin), Ismaila Sarr (knee) and Emmanuel Dennis (knock), are in the treatment room and will be unavailable to take on Leicester.

“I’m sure there will be some players who are not used to playing, and they will have an opportunity to show their quality.”

🎙 Ranieri spoke to the press this afternoon ahead of tomorrow's #EmiratesFACup third round tie at Leicester City.

In Foster’s absence, Daniel Bachmann will deputise in goal, with Watford lining up in a 4-3-3 formation in front of him. Craig Cathcart and Francisco Sierralta will form the central defensive partnership, with Jeremy Ngakia and James Morris being the two full-backs. New signing Hassane Kamara will likely make his debut next week in the Premier League.

Up ahead in midfield, Moussa Sissoko, Juraj Kucka and Tom Cleverley will form a potentially solid trifecta, aiming to shut off the supply line for Ayoze Perez. Finally, Joshua King will spearhead the Watford attack, with the creative support from the flanks coming from Cucho Hernandez and Ken Sema. 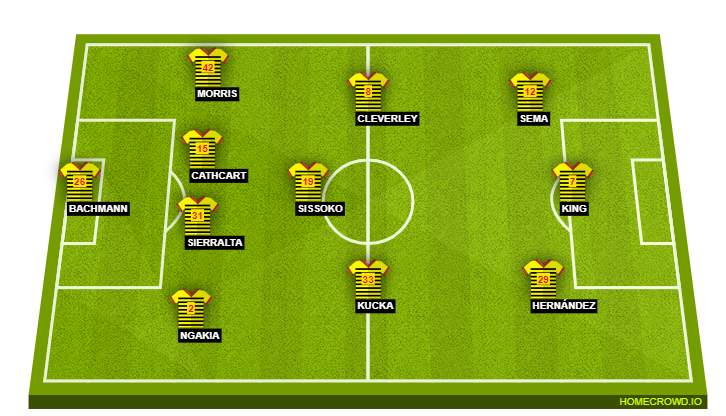 2021/22 has been a stop-start season for Youri Tielemans and more so for Leicester City. And with several key players unavailable for the start of the Foxes’ FA Cup defence, the onus will be on the Belgian international to deliver the goods from the middle of the park.

Tielemans tends to make his mark in the most important moments, and there might not be a better way to reinforce that reputation than by stamping his authority in a game that Leicester must win to turn their fortunes around across competitions in the second half of the campaign.

Both teams desperately need a win, not just to get going in the FA Cup but also to gather some confidence at a time when they need a run of positive results. And Leicester City might have the slightest edge if James Maddison and Harvey Barnes are available to feature in some capacity.

Watford should still make their mark in this game, though, with Joshua King likely to get on the scoresheet. But Leicester should have enough quality to get over the line and begin the defence of their FA Cup crown with a win by the odd goal. The Hard Tackle predicts a 2-1 victory for the Foxes on Saturday.