AC Milan will aim to book safe passage through to the UEFA Champions League Round of 16 when they welcome Liverpool to San Siro on Tuesday.

The curtains are set to drop on the 2021/22 UEFA Champions League group stage, with Matchday 6 set to begin on Tuesday. AC Milan and Liverpool will play one of the most intriguing fixtures of the latest round of fixtures at San Siro, with the Rossoneri hoping to clinch the second spot in Group B in the process.

AC Milan endured a disastrous start to their maiden UEFA Champions League campaign in seven years, losing each of their first three group stage games. However, after a draw with FC Porto in Matchday 4, the Rossoneri beat Atletico Madrid 1-0 last time out. So, it might be a case of better late than never for Milan, who also climbed to the summit of Serie A this past weekend after beating Salernitana.

On the other hand, Liverpool have cruised through Group B of the Champions League, winning each of their first five games thus far despite being drawn in the most tricky group. Since the end of the last international break, the Reds have been in fine form, prevailing in each of their games to climb up to second in the Premier League table.

The reverse fixture, played at Anfield back in September, was a pulsating encounter that ended in a 3-2 win for Liverpool. Ahead of the latest meeting between the two sides, The Hard Tackle takes a closer look at the encounter.

Stefano Pioli has several pressing issues hampering his preparations ahead of the visit of Liverpool. On Tuesday, the AC Milan manager will be bereft of the services of six first-team players due to various injuries. Alessandro Plizzari (knee), Simon Kjaer (knee), Davide Calabria (calf), Olivier Giroud (thigh), Rafael Leao (thigh) and Ante Rebic (ankle) are sidelined and will play no part for AC Milan against Liverpool.

Mike Maignan will take his usual place in goal for Milan, with his injury woes behind him. The Rossoneri will line up in the 4-2-3-1 formation that Pioli favours more often than not. And with Kjaer unavailable, Fikayo Tomori and Alessio Romagnoli will form the central defensive partnership.

Pierre Kalulu will deputise for Calabria in the right-back slot, while Theo Hernandez is a certainty on the left flank. Up ahead in midfield, the onus will be on Franck Kessie and Sandro Tonali to wrest control of the game from Liverpool and set a quick tempo of the game.

The absence of Rebic, Leao and Giroud puts Pioli in a spot of bother, considering he hardly has any game-changers available in the final third. Nevertheless, Zlatan Ibrahimovic will lead the line for AC Milan against Liverpool, with the veteran striker set to be supplemented by Brahim Diaz, Rade Krunic and Alexis Saelemaekers.

Junior Messias is an alternative to Krunic, but the Brazilian is likely to be an impact substitute. Meanwhile, Saelemaekers will be buzzing after scoring his first goal of the season this past weekend and will hope to influence the proceedings again when Liverpool pay Milan a visit. 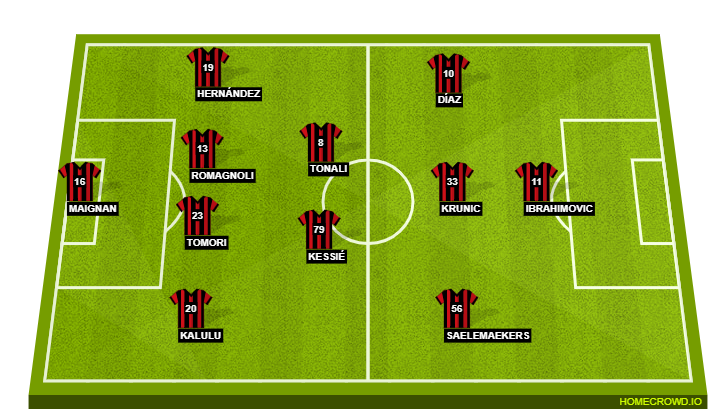 Like his counterpart in the AC Milan dugout, Jurgen Klopp has many roster issues to contend with ahead of the trip to San Siro. On Tuesday, the Liverpool manager will have to make do without four first-team players.

James Milner misses the game due to a one-match suspension after getting booked for the third time this season in the UEFA Champions League last time out against FC Porto. In addition to the veteran midfielder, Curtis Jones (eye), Harvey Elliott (ankle) and Roberto Firmino (hamstring) are sidelined with their respective injuries.

However, Joe Gomez (calf) and Naby Keita (hamstring) are in contention to feature after recovering from their respective injuries and taking part in full training. But neither player is expected to start, with an appearance off the bench a likelier possibility.

We’re LIVE as Jürgen Klopp and Kostas Tsimikas look ahead to #ACMLIV! 🎙 https://t.co/lFpsru2FBp

Considering Liverpool are already through to the UEFA Champions League Round of 16, Klopp is likely to ring in the changes to rest some key personnel, especially with games coming thick and fast in December without leaving much room for rest and recovery.

With that in mind, Caoimhin Kelleher should be stationed between the sticks for Liverpool, with Ibrahima Konate and Virgil van Dijk pairing up at the heart of the Liverpool defence. Out wide, Neco Williams and Kostas Tsimikas will be the two full-backs. Up ahead in midfield, Tyler Morton and Alex Oxlade-Chamberlain are set to be handed chances to impress, with Jordan Henderson expected to be the third player in the middle of the park.

As for the attacking unit, Divock Origi will be rewarded for his contribution in the win over Wolves this past weekend with a start. Takumi Minamino and Sadio Mane should feature alongside him, with Mohamed Salah being an option on the bench. 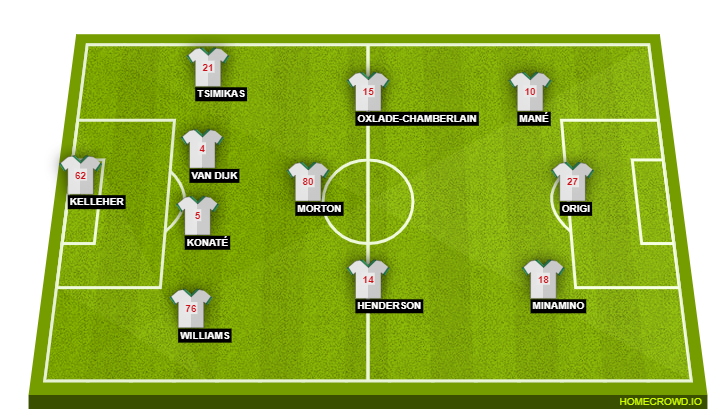 In recent weeks, it has been suggested that Liverpool could do with a midfield reinforcement at the earliest possible opportunity. However, if there is one player doing everything he can to prove that the Reds need to focus on other positions in their squad, it is Tyler Morton.

The young midfielder has already impressed Jurgen Klopp a fair bit and made a solid impression last time against FC Porto and is now in line for another start for Liverpool in the UEFA Champions League. And this will be another game wherein Morton will need to show he has what it takes to feature for Liverpool regularly in the coming years.

Tuesday’s game is one of those fixtures wherein all three results are highly possible. AC Milan will fancy their chances of grabbing the win against a Liverpool side that will be heavily rotated. However, the Rossoneri are missing several key players, especially in the attacking unit.

Such a scenario means Milan could struggle to create chances regularly, which ultimately plays into Liverpool’s hands, considering Mohamed Salah will be an option to make a major impact off the bench. So, this has all the making of being a keenly-contested affair that will end in a 1-1 draw between AC Milan and Liverpool at San Siro, with the result sending the Italian club out of the UEFA Champions League.