Portugal will wrap up their preparations for UEFA Euro 2020 when they welcome Israel to Estadio Jose Alvalade on Wednesday.

The long-awaited UEFA Euro 2020 is nearly upon us, with the month-long extravaganza kicking off later this week. Defending champions Portugal will be the last of the teams to bring an end to their preparations when they play hosts to Israel at Estadio Jose Alvalade on Wednesday night.

Portugal have been enjoying their best spell ever in international football over the past half-a-decade after having won the European Championships in 2016 before going all the way in the inaugural edition of the UEFA Nations League. In recent times though, they have not been at their rampaging best, winning only three of their last six games and only narrowly so.

Israel, on the other hand, have typically blown hot and cold since the resumption of international football last year. The Blue and Whites have won just four of their eleven games, although some of their performances have been quite creditable, with their most recent outing ending in an impressive 3-1 win over Montenegro.

Portugal and Israel played out a 1-1 draw the last time they faced off against each other in a 2014 FIFA World Cup qualification game. Ahead of the latest meeting between the two sides, The Hard Tackle takes a closer look at the encounter.

Fernando Santos might have had to deal with a COVID-19 scare in his squad after facing a Spain side that featured Sergio Busquets, who tested positive for the coronavirus. However, each member of the Portugal squad and the staff has tested negative, meaning A Selecao will be at full strength against Israel.

The match ought to feature pretty much the entire Manchester-based contingent of the Portugal squad from the get-go, with those players featuring in the two European finals last month. Ruben Dias should, therefore, form the central defensive partnership with Jose Fonte, with Joao Cancelo coming in at right-back.

Nuno Mendes should get a run-out ahead of Raphael Guerreiro on the left flank, with Anthony Lopes likely to get a rare start in goal. Up ahead in midfield, Joao Moutinho is expected to line up alongside Danilo Pereira, with the veteran midfielder being tasked with pulling the strings in the middle of the park.

The creative onus will fall on the shoulders of Bruno Fernandes and Pedro Goncalves, who will be stationed on the right flank, with Diogo Jota starting on the left-wing once again. Finally, Andre Silva ought to get the nod to lead the line for Portugal against Israel, with captain Cristiano Ronaldo getting a rest ahead of the first group game at UEFA Euro 2020. 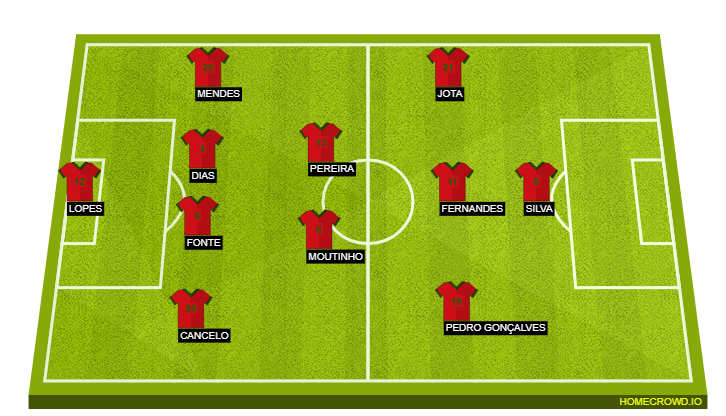 Willi Ruttensteiner picked an experimental squad for the latest batch of fixtures, with as many as seven uncapped players being called up to the camp. The only notable absentees for Israel are Nir Bitton, Beram Kayal and Mu’Nas Dabbur.

Ruttensteiner ought to line the visitors up in a 4-4-2 formation, with Ofir Marciano likely to be stationed between the sticks. As for the defence, Sun Menahem and vice-captain Eitan Tibi will pair up at the heart of Israel’s backline, with Eli Dasa and Ofir Davidzada being the two full-backs.

Bibras Natkho will be the key man in midfield for the visitors, with the Israel captain looking to keep things tight in the middle of the park, along with Neta Lavi. Out wide, Manor Solomon will provide the forward thrust, with Mohammad Abu Fani likely to be the other wide midfielder.

Finally, the strike partnership ought to be formed by the in-form Eran Zahavi and Yonas Malede, who will only be making his second appearance for Israel when they take on Portugal. Osama Khalaila could be among those who are handed their maiden outing off the bench later in the game. 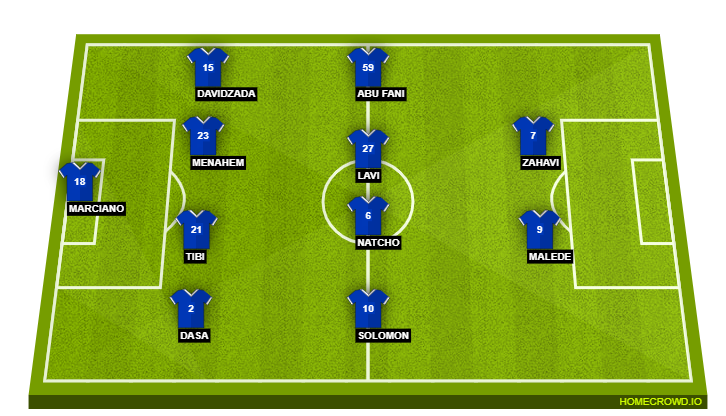 The competition for places is heating up in the Portuguese national side, with the two wide slots especially being up for grabs. Therefore, the onus will be on Diogo Jota to continue his fine run for his national side, seeing as the likes of Pedro Goncalves, Bernardo Silva and Andre Silva essentially being his main competitors.

Till date, the 24-year-old has a fine record of 6 goals in 13 appearances for Portugal and in the absence of Cristiano Ronaldo, he will have the onus of finding the back of the net on him, with Andre Silva being the other major source for goals. If he does manage to produce the goods, Jota will likely have nailed his spot down come UEFA Euro 2020.

This is a match that can only really go one way. Portugal were not exactly brilliant against Spain, but Israel, with all due respect to them, are a team that A Selecao are likely to fancy much more. They also tend to play in a much more fluid way in the absence of Cristiano Ronaldo, and that ought to be the case on Wednesday as well, which is why The Hard Tackle predicts a 2-0 Portugal win.