Germany will aim to continue their perfect start to the FIFA World Cup 2022 Qualifiers when they face Romania at Arena Nationala on Sunday.

Matchday 2 of the FIFA World Cup 2022 Qualifiers will be played out over the weekend, with the majority of the games scheduled for Sunday. Germany will be in action in their second Group J tie on the day when they travel to Arena Nationala to lock horns with Romania.

Romania started off their qualifying campaign for the 2022 FIFA World Cup in a nervy fashion but held on to beat North Macedonia 3-2, with Ianis Hagi scoring a late goal to seal all three points. The result meant that Mirel Radoi’s men are now unbeaten in their last three games, which bodes well for them ahead of the big game this weekend.

Opponents Germany, on the other hand, kicked things off in Group J of the FIFA World Cup 2022 Qualifiers in fine fashion, easing past Iceland with a 3-0 win in Duisburg earlier this week. The victory meant that Die Mannschaft began their final year under the tutelage of Joachim Low strongly and will aim to continue that form heading into Sunday’s clash.

Germany ran out 3-0 victors the last time they clashed with Romania and ahead of the latest meeting between the two sides, The Hard Tackle takes a closer look at the encounter.

Mirel Radoi has seen one forced change to his squad ahead of the game against Germany this weekend. The Romania head coach has seen Florinel Coman withdraw his name from the squad due to a thigh injury.

There are no other major concerns, though, meaning Radoi should name a strong starting eleven versus Germany. In goal, Florin Nita is a certainty, with Romania set to line up in a 4-3-3 formation in front of the 33-year-old.

Captain Vlad Chiriches will have a huge role to play in the four-man backline, looking to keep the defence organised and disciplined. Chiriches will have Alin Tosca for company at the heart of the Romania defence, with Nicusor Bancu and Andrei Burca being the two full-backs.

Up ahead in midfield, Alexandru Cretu could be picked to sit at the base of the three-man unit, where he will look to keep things tight. Nicolae Stanciu and Alexandru Maxim will provide defensive support to Cretu while offering the forward thrust needed during transitions.

Finally, in attack, Claudiu Keseru will lead the line for Romania against Germany, with Ianis Hagi and Florin Tanase being the two wide men high up the pitch. 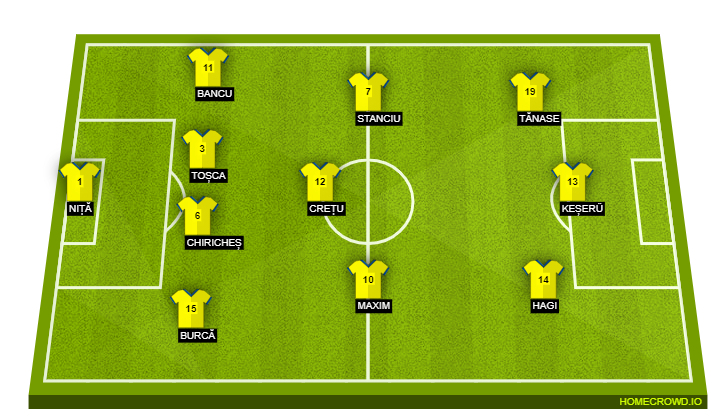 Joachim Low is bereft of the services of four players he originally picked in his squad ahead of the game against Romania. The Germany head coach had already seen Niklas Sule and Toni Kroos pull out of the squad due to their respective injuries and he is now without Jonas Hofmann and Marcel Halstenberg, both of whom are in quarantine after the former contracted the coronavirus.

Halstenberg’s absence meant that Emre Can had to play as a makeshift left-back and the 27-year-old should continue in the role against Romania. Can will continue to partner the likes of Matthias Ginter, Antonio Rudiger and Lukas Klostermann at the back, with captain Manuel Neuer picking himself between the sticks.

Up ahead in midfield, the three-man unit of Joshua Kimmich, Leon Goretzka and Ilkay Gundogan should get the nod again. The trio ran riot against Iceland, with Kimmich, in particular, pulling the strings brilliantly from a deep-lying position, while Goretzka and Gundogan will aim to create overloads higher up the pitch to put the Romania defence under pressure.

Finally, the attacking trifecta ought to remain unchanged as well. Serge Gnabry will once again spearhead what will be a fluid trio, with Kai Havertz and Leroy Sane being the two wide men. As a result, Timo Werner will end up missing out once again. 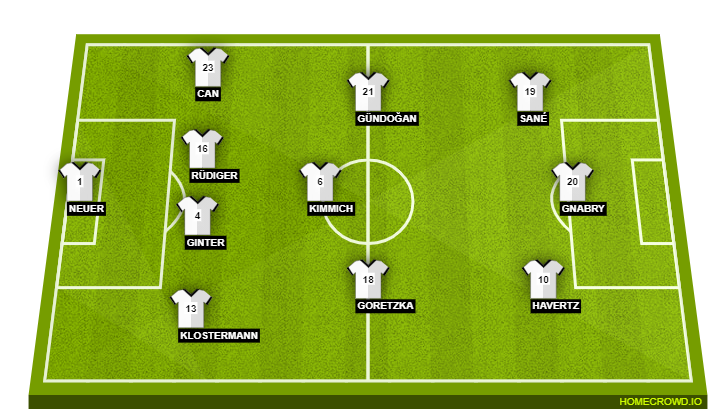 Ilkay Gundogan delivered the goods and made good on his form against Iceland, but it is Joshua Kimmich who enables each and every Germany player to flourish. When on song, there is no other midfielder in the world who is as good as the Bayern Munich star.

Against Romania, Kimmich will need to produce more of the same that he did earlier this week. If he asserts Germany’s control on the match, the former world champions could once again run away with the game in no time, which is what they will hope for amid a tight international schedule.

Romania are unlikely to be pushovers like Iceland were earlier in the week. However, with the German midfielders being in as rampant a form as they currently are, the visitors become simply irresistible. With that in mind, The Hard Tackle predicts a 2-0 win for Germany, in what will be more of a hard-fought win this time around.