Tottenham Hotspur will hope to book their place in the fourth round of the FA Cup when they take on Marine AFC at Rossett Park on Sunday.

The games continue to come thick and fast all around England, with teams across different divisions, including non-league, playing this weekend in the FA Cup. The most intriguing fixture on Sunday will pit non-league side Marine AFC with top-flight outfit Tottenham Hotspur, with the two sides going head-to-head at Rossett Park.

Marine AFC have been the giant killers in the FA Cup this season, even though they have only beaten lower league opposition so far. However, those teams also outrank them considerably, making the magnitude of some of their wins quite high. The Northern Premier League minnows are now the lowest-ranked side left in the competition, after coming through seven rounds to reach this stage.

Tottenham Hotspur, on the other hand, will be playing in the FA Cup for the first time this season. The north Londoners, though, have enjoyed a lot of success in cup competitions so far this term, having gone past Brentford to reach the Carabao Cup final earlier this week. Spurs are now on a four-game unbeaten run and will hope to build momentum ahead of another busy period.

Sunday’s fixture will be the first-ever instance when Marine will lock horns with Tottenham and ahead of the maiden meeting between the two sides, The Hard Tackle takes a closer look at the FA Cup encounter.

The big news surrounding Marine ahead of the visit of Tottenham has been their deal for Clitheroe player-manager David Lynch in a 14-day deal and the 27-year-old midfielder is eligible to face Spurs. With the Northern Premier League North West Division suspended, Clitheroe do not have any games at the moment, meaning Lynch is not cup-tied.

Lynch should be named in the starting lineup against Tottenham, with Alex Doyle and James Barrigan providing him company in the middle of the park. The trio will look to remain compact behind the ball and will be the source of Marine’s objective in the game, which will be to make life as difficult as possible for as long as possible for Tottenham.

At the back, Josh Davies and James Doyle will be the two full-backs, with the duo primarily looking to stay pinned at the back, providing support to David Raven and Anthony Miley, who will pair up at the heart of the Marine defence, while Bayleigh Passant will be stationed in goal. Finally, star striker Niall Cummins will lead the line against Tottenham, with Momodou Touray and Neil Kengni being the two wide men. 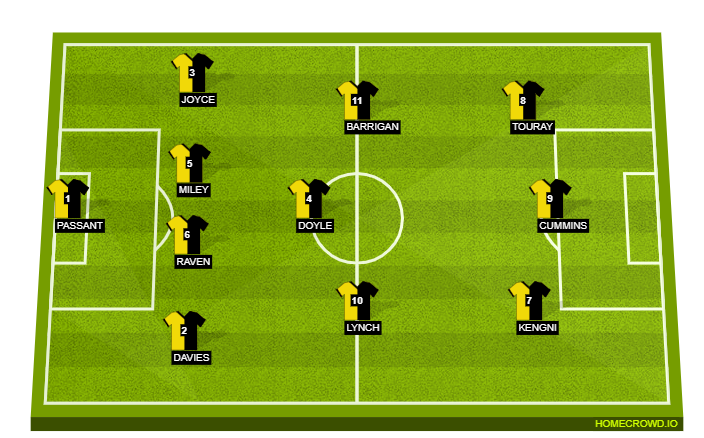 Jose Mourinho has been handed a triple boost on the team news front, which means that the Tottenham Hotspur manager will have to make do without just one first-team player in Giovani Lo Celso, who is recovering from a thigh injury.

The good news, though, surrounds the return of three members of Mourinho’s squad. Gareth Bale (calf) and Pierre-Emile Hojbjerg (shin) are both available, having recovered from their respective issues. The third returning player for Tottenham is Matt Doherty, who is available against after serving out a one-match ban.

Doherty should be back in the starting lineup straightaway, starting on the right side of the Tottenham defence, with Ben Davies likely to be stationed on the left flank. The full-back duo will have the responsibility of providing width higher up the pitch and supply dangerous deliveries.

Joe Rodon and Japhet Tanganga will form the central defensive partnership, with Joe Hart starting between the sticks. Up ahead in midfield, Harvey White will get a chance to impress, with the young midfielder providing the forward thrust from the middle of the park. White will partner Harry Winks in the double pivot, with the English international holding the fort in midfield.

Mourinho hinted during his pre-match presser that Bale could be in line for an appearance against Marine, and he could well get a chance to impress from the right flank. Bale will look to take on the Marine defence and his directness should come in handy for Tottenham. Lucas Moura should be the other wide man for Spurs, with the Brazilian also under pressure to make an impression.

Dele Alli, whose future at Tottenham continues to be increasingly uncertain, could be given a rare chance to reprise the no. 10 role, with the Englishman playing off of Carlos Vinicius, who will likely be given the chance to lead the line for the Lilywhites against Marine. 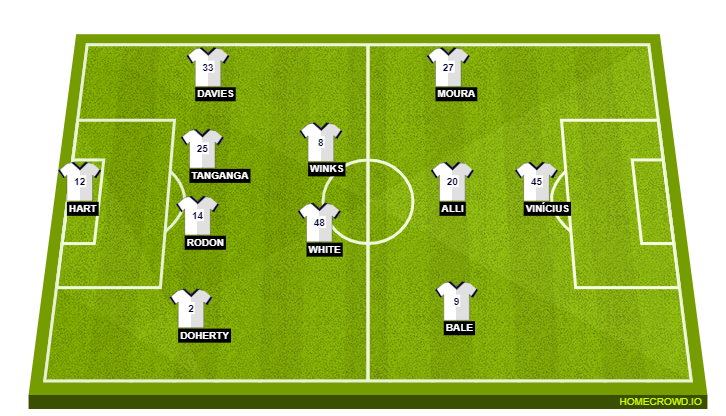 A chance to impress. (Photo by Julian Finney/Getty Images)

It is no secret that Tottenham have heavily relied on the output of Son Heung-min and Harry Kane this season. The duo has led the way with most of the direct goalscoring contributions for Spurs, and it is high time that Jose Mourinho starts getting more from his other attacking players.

As things stand, Steven Bergwijn is the third act in the Tottenham attack, although the Dutchman has hardly made a consistent impact. With that being said, Lucas Moura has the opportunity to give Jose Mourinho some food for thought with a game-changing display versus Marine.

Despite the stature of the opposition, Lucas could make a case for himself, although opportunities could soon be running out for him if he keeps on blowing hot and cold. With Gareth Bale and Erik Lamela also intent on winning that spot, Lucas needs to take advantage of the fact that he is the next in line for a regular place in the Tottenham attack. If he delivers, it only bodes well for Spurs in the long run.

The biggest day in the history of Marine AFC presents a unique opportunity for them. However, the sheer gulf in quality between them and Tottenham Hotspur should eventually be telling, although the hosts will likely frustrate Spurs by putting men in behind the ball. The Hard Tackle, therefore, predicts a 2-0 win for Jose Mourinho & co.