Portugal will hope to keep their unbeaten run going when they welcome minnows Andorra to Estadio da Luz in Lisbon on Wednesday.

The dreaded international break is back for the final time in 2020 and the games are set to come thick and fast in the coming 10 days or so. Portugal will be in action on Wednesday night, when they will be playing hosts to minnows Andorra at Estadio da Luz.

Portugal have been in a fine run of form over the last couple of years, having won the inaugural UEFA Nations League before reaching the Euros as well. The Seleccao seem to be picking up pace just in time for the defence of their European championship crown, having last faced defeat in well over a year ago, against Ukraine.

Andorra, on the other hand, have struggled to a great extent in the same period, and have now gone eight games on the trot without tasting success. This run stretches all the way back to October last year, with Koldo Alvarez’s men managing to find the back of the net a mere three times in these fixtures.

Portugal beat Andorra 2-0 the last time the sides went head-to-head against each other, with Adrien Silva and Cristiano Ronaldo on target for the Seleccao. Ahead of the latest meeting between the two sides, The Hard Tackle takes a closer look at the encounter.

Cristiano Ronaldo is a doubt to feature for Portugal against Andorra. (Photo by Petras Malukas/AFP/Getty Images)

Fernando Santos has made a number of changes to the last squad he picked in the latest iteration, for the current international break. The Portugal head coach has excluded as many as six players from the last squad ahead of the games against Andorra, France and Croatia.

The major absentees for Portugal this time around is Pepe, who is struggling with an issue with his foot and is, therefore, unavailable. The likes of Daniel Podence, Andre Silva and Goncalo Guedes miss out for the hosts as well. Meanwhile, Cristiano Ronaldo is back in contention after missing the last game after testing positive for the coronavirus.

Ronaldo, though, could be excluded against Andorra as he recovers from a minor ankle injury he sustained while playing for Juventus this past weekend. In his stead, the impressive Diogo Jota will once again start on the left side of the attack, with Francisco Trincao getting the nod on the right.

Joao Felix ought to lead the line for Portugal against Andorra, with Bruno Fernandes looking to pull the strings behind him. Danilo Pereira and Ruben Neves will be the two deeper midfielders, who will look to stop the Andorra attack in their tracks before sparking the attacking moves.

In defence, Ruben Semedo and Jose Fonte are likely to form the central defensive partnership, with Nelson Semedo and Mario Rui being the two full-backs. In goal, there is no looking past Rui Patricio, who has been in fine form of late. 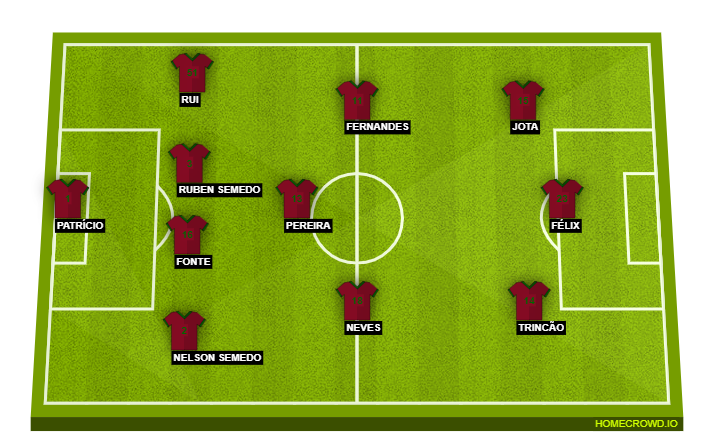 Unlike his counterpart, Koldo Alvarez has retained almost the entire squad that he had selected in the previous international break last month. The Andorra head coach has omitted just Xisco Pires, Marc Vales and Ludovic Clemente from the latest squad.

Alvarez usually lines his side up in a 4-4-2 formation and the same should be the case against Portugal, with the objective being to put men in behind the ball, and have twin banks of four aiming to contain the Portugal attack.

Josep Gomes is the obvious pick in goal and the 34-year-old will need to use all of his experience to keep the dangerous Portugal attack at bay. As for defence, Moises San Nicolas and Emili Garcia will likely be the two centre-backs for Andorra, with Joan Cervos and Jordi Rubio being the full-back pairing.

Up ahead in midfield, Marc Pujol will be tasked with transitioning smoothly from defence to attack, but the primary objective will be to curb the flow of the Portugal attacks. Pujol will be partnered by Marc Rebes in the middle of the park, with Marcio Vieira and Cristian Martinez being the two wide men. Finally, Cucu and Jordi Alaez will form the strike partnership for Andorra. 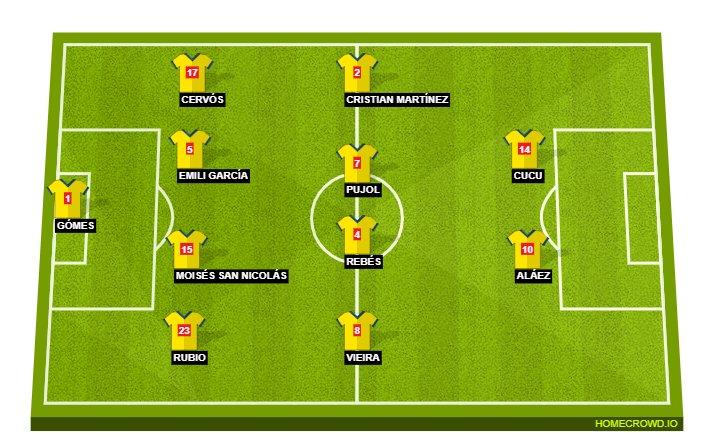 The future of Portugal, and its present too. (Photo by Patricia De Melo Moreira/AFP/Getty Images)

2019/20 was a difficult season for Joao Felix, who took his time to settle in at Atletico Madrid. The teething problems at the Spanish club had a trickle-down effect on his performances for Portugal as well and the prodigious forward struggled to consistently impact games.

Things have changed drastically in the last few months and Felix is playing some of the best football of his young career. With Cristiano Ronaldo likely to be rested, the onus will be on young Felix to inspire Portugal to a win over Andorra, as they build up to the crucial UEFA Nations League ties against France and Croatia.

Cristiano Ronaldo might well miss out the game against Andorra on Wednesday. However, for all intents and purposes, this should be a straightforward outing for Portugal, with Fernando Santos hoping to see some of the fringe players impress. Expect Joao Felix and Diogo Jota to make their mark, with Portugal cruising to a 4-0 win.