Leicester City will hope to begin their UEFA Europa League campaign on  a positive note when they lock horns with Zorya Luhansk on Thursday.

After the culmination of Matchday 1 of the UEFA Champions League group stages, the opening round of fixtures in the Europa League will take place on Thursday. Leicester City will be in action as well, as they play hosts to Zorya Luhansk at the King Power Stadium.

Leicester City booked their place in the UEFA Europa League group stages after finishing fifth in the Premier League last term. The Foxes have been drawn in Group G, which also houses SC Braga, AEK Athens and Zorya Luhansk, who reached this stage courtesy a third-placed finish in the Ukrainian Premier League in 2019/20.

Leicester had made a fine start to their campaign in the Premier League, winning each of their first three fixtures, including the shock 5-2 defeat of Manchester City. However, the Foxes have since lost the plot, with injuries also hampering Brendan Rodgers & co. in their last two fixtures, both of which have ended in defeat.

Zorya, on the other hand, have been well off their best in the initial stages of the Ukrainian Premier League campaign. The Muzhyky have managed to win just one of their six league games so far this term, with that sole success coming towards the end of last month. Viktor Skrypnyk will now hope his side can pounce on Leicester’s struggles.

Thursday’s fixture will see Leicester City and Zorya Luhansk face off against each other for the first time ever and ahead of their maiden meeting, The Hard Tackle takes a closer look at the Europa League encounter.

Jamie Vardy is still on the sidelines. (Photo by Michael Regan/Getty Images)

Brendan Rodgers does not have any fresh injury concerns hampering his preparations ahead of the visit of Zorya Luhansk. On Thursday, the Leicester City manager will continue to be bereft of the services of five first-team players.

Chief among the major misses are Caglar Soyuncu and Jamie Vardy. While Soyuncu is a long-term absentee for Leicester due to an abductor injury while Vardy is unavailable once again due to a minor issue. Apart from the duo Ricardo Pereira, Wilfred Ndidi and Daniel Amartey are also on the sidelines and will play no part against Zorya.

In Vardy’s absence, Kelechi Iheanacho will lead the line for Leicester against Zorya. The 24-year-old should be supported by Marc Albrighton and Ayoze Perez. Through the middle, James Maddison and Youri Tielemans will aim to pull the strings behind Iheanacho.

Nampalys Mendy will sit behind the attacking players, hoping to keep the Zorya forwards at bay. As for defence, Soyuncu’s absence means Wes Morgan and Jonny Evans will form the central defensive partnership while Timothy Castagne and James Justin will be the two full-backs. In goal, there is no looking past Kasper Schmeichel. 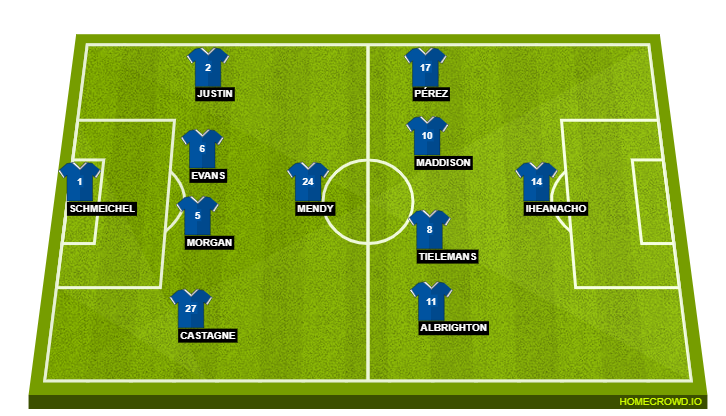 Unlike his counterpart in the Leicester City dugout, Viktor Skrypnyk hardly has any pressing issues to contend with before his squad visits the King Power Stadium. On Thursday, the Zorya Luhansk manager will be without just two first-team players, with Zauri Makharadze and Maksym Kasakov being the only injury concerns.

The absence of Makharadze is not even a major issue for Skrypnyk, with Mykyta Shevchenko being the preferred option between the sticks anyway. In front of the Zorya captain, Skrypnyk will line his side up in a 4-1-4-1 formation.

Vitaliy Vernydub and Joel Abu Hanna ought to pair up at the heart of the Zorya defence, with Denys Favorov and Leovigildo being the two full-backs against Leicester on Thursday. Up ahead in midfield, the onus will be on Lovro Cvek to keep things tight against James Maddison and Youri Tielemans.

Yegor Nazryna and Vladyslav Kabaev will be tasked with providing the creative impetus in the final third, with Andrejs Ciganiks and Vladyslav Kochergin being the two wide midfielders. Finally, Allahyar Sayyadmanesh will spearhead the Zorya attack against Leicester. 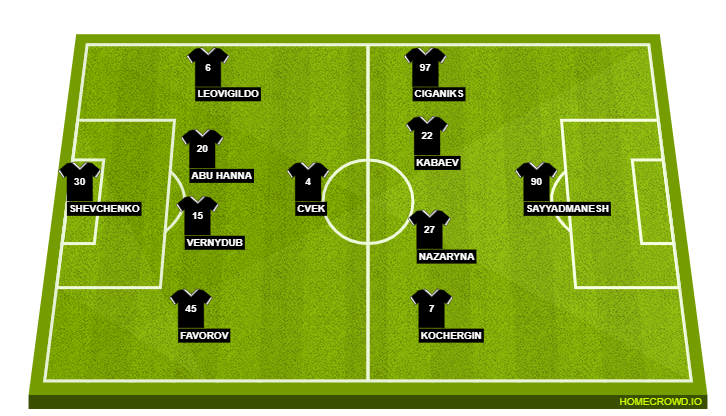 With Jamie Vardy unavailable once again, the other attacking players will need to raise their hands up and take more responsibility in the final third. While this could be Kelechi Iheanacho’s time to shine, we are going with James Maddison in this section.

Maddison made a belated start to the campaign after recovering from injury and has not always been at his sharpest. However, this is his chance to make an impression and get back to his very best. With Leicester facing Arsenal up next, Maddison’s output will hold the key, which is why this game is all the more important for his rhythm.

Leicester City have not really been at their best in the last few weeks, with the goals drying up and the defence starting to leak chances. Having said that, Zorya Luhansk are in all sorts of trouble as well. While Leicester’s defensive issues could give Zorya a few chances, the Foxes should have more than enough quality to grab all three points. The Hard Tackle predicts a 2-1 win for the hosts.