Netherlands will hope to begin life under Frank de Boer in style when they welcome Mexico to the Johan Cruijff Arena on Wednesday.

Club football has taken a short break for a couple of weeks, as international football resumed after one month. This time, the schedule is hectic for all teams involved, with three matches scheduled in a cramped period instead of the usual two. The action starts on Wednesday when Netherlands play hosts to Mexico at the Johan Cruijff Arena.

Netherlands had been riding a wave of hope over the last two years, having gone from strength to strength under Ronald Koeman. However, the Oranje have been thrown into a transition once again, with Koeman now at Barcelona. Frank de Boer has been appointed as the new Dutch head coach, with Netherlands set for their first game under the new boss against Mexico.

Mexico, on the other hand, are on more stable ground, having been playing under the tutelage of Gerardo Martino for nearly two years now. In fact, El Tri have lost just once since the former Barcelona manager took charge of the national side, with that sole defeat coming over a year ago against Argentina.

Mexico were victorious the last time they locked horns with Netherlands, back in 2014, winning a thrilling encounter 3-2, with Carlos Vela scoring a brace. Ahead of the latest meeting between the two sides, The Hard Tackle takes a closer look at the encounter.

Matthijs de Ligt is still out with a shoulder injury. (Photo by Dean Mouhtaropoulos/Getty Images)

Frank de Boer has chosen to stick with the core that Ronald Koeman banked on over the last couple of years in his first squad selection. Matthijs de Ligt is the only regular face who has missed out, due to his ongoing recovery from a shoulder injury.

The other regular squad members who have not made the cut are Davy Propper and Jeroen Zoet. Meanwhile, de Boer also has to cater to the fatigue factor, meaning it is possible that he could have to field a weakened side, either giving some of the key players a breather entirely or introducing them later on in the game.

Also, before he gets into the thick of competitive action later on in the international break, the friendly against Mexico gives the new Netherlands boss the time to take a better look at his squad. In goal, though, a regular face in Jasper Cillessen should be deployed.

Cillessen will be protected by a new-look back four, with Nathan Ake and Daley Blind partnering up at the heart of the defence, while Joel Veltman and Owen Wijndal ought to be the full-back pairing. The game will, in turn, see Wijndal make his debut for Netherlands.

Up ahead in midfield, Teun Koopmeiners could be another player making his international bow, starting in the double pivot along with Marten de Roon. Donny van de Beek, who is waiting for his big breakthrough at Manchester United, will likely be deployed in the hole.

Finally, in attack, Memphis Depay is only likely to be utilised against Bosnia and Herzegovina and could sit this one out. In his stead, Donyell Malen should lead the line for Netherlands against Mexico, with Steven Berghuis and Ryan Babel being the two wide men. 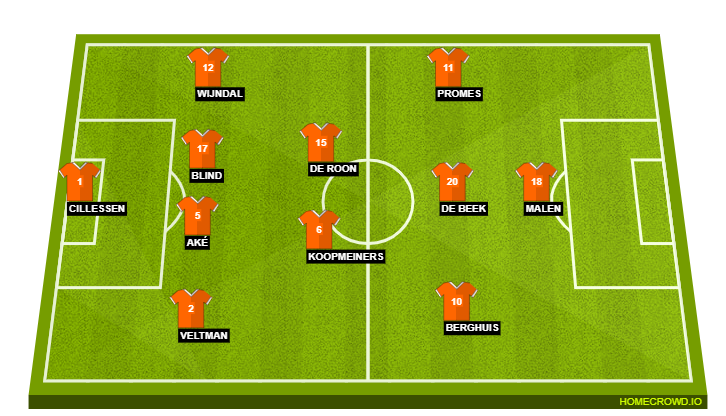 Gerardo Martino has excluded a few of his regulars from the latest squad, with the likes of Miguel Layun, Carlos Salcedo, Erick Gutierrez. Meanwhile, Guillermo Ochoa misses out for Mexico against Netherlands due to injury.

As a result, Hugo Gonzalez is expected to start between the sticks for the visitors. In front of him, Mexico will line up in a 4-2-3-1 that will mirror the formation that Frank de Boer uses in his first game in-charge of Netherlands. Martino, though, is expected to name a strong starting eleven.

Hector Moreno and Nestor Araujo ought to form the central defensive partnership, with Gerardo Arteaga and Luis Rodriguez being the two full-backs for Mexico. Up ahead in midfield, the experienced duo of Andres Guardado and Hector Herrera will likely pair up in the double pivot.

In the advanced midfield spot, there is no looking past Rodolfo Pizarro. Pizarro will play off the central striker, who ought to be the in-form Raul Jimenez, with the explosive Jesus Manuel Corona and Diego Lainez being the two wide men, who will aim to cut in and create overloads in the central areas. 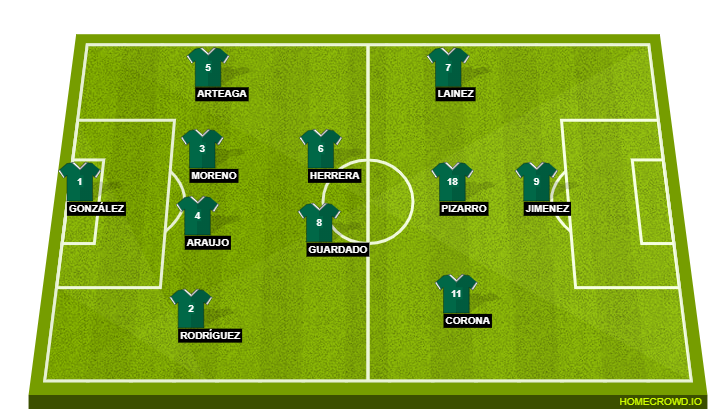 An opportunity is upon van de Beek. (Photo by Dean Mouhtaropoulos/Getty Images)

It has been a weird month for Donny van de Beek. A player who is so used to playing week in week out, van de Beek has had to suffice with a place on the bench in the Premier League, with Ole Gunnar Solskjaer choosing to ease him in instead of throwing him into the deep end straightaway. With Netherlands, though, things are a bit different.

For his national side, van de Beek is a key player and should be one of the few regulars starting against Mexico. So, this match will be an opportunity for the young midfielder to not just prove his credentials to Solskjaer at Manchester United but also play a role in a strong result for Netherlands on Wednesday.

Netherlands have been reasonably strong at home in recent years. However, the Oranje are currently experiencing a period of transition and might not be in full flow against Mexico, who will pose a great deal of threat throughout. Having said that, the hosts do have strength in depth and are likely to hold on for a draw here. The Hard Tackle predicts a 1-1 stalemate.