Manchester City will look to book their safe passage to the FA Cup quarter-finals when they visit the DW Stadium to face Wigan Athletic on Monday.

The last of the original FA Cup fifth round ties will be completed on Monday before some of the sides reconvene for the repeat fixtures. At the DW Stadium, Wigan Athletic will aim to make Manchester City their most high profile Premier League scalp in the tournament this season when the two sides face off on Monday.

The Latics have been classic FA Cup giant killers this season, having beaten Bournemouth and West Ham en route to their Quarter-Final matchup with Manchester City. Their hopes of springing up a major surprise though, appear bleak judging by their recent form, having conceded five goals in their last two games, losing each of those League One fixtures.

Manchester City, on the other hand, can barely do anything wrong of late, after moving on spectacularly from their 1-1 draw at Burnley earlier this month. Pep Guardiola’s men have plonked nine goals in their last two games, and will be looking to inflict some more damage on Wigan on Monday.

Oddly, Manchester City have lost each of their last two meetings with Wigan in the FA Cup, with the first of those being the famous 1-0 result as Roberto Martinez’s men battled against all odds to lift the cup. Ahead of their latest meeting on Monday, The Hard Tackle takes a closer look at the encounter.

Paul Cook has a few roster issues to deal with ahead of the visit of Manchester City. On Monday, the Wigan boss will be without as many as six first-team players, three of them unfortunately being cup-tied having represented other clubs in the competition in previous rounds.

Those three men are Devante Cole, Donervon Daniels and James Vaughan, who will play no further part in the competition. Meanwhile, Sam Morsy is suspended after picking up his tenth domestic booking of the season against Blackpool. Shaun MacDonald (leg) and Jordan Flores (unknown) are long-term absentees.

With their captain sidelined, Jay Fulton is likely to be asked to deputise and provide steel in midfield to stifle the Manchester City midfielders. The Swansea loanee is likely to have Max Power for company in midfield, with the duo looking to break up the visitors’ play before it reaches Sergio Aguero.

Upfront, former Manchester United attacker Nick Powell, and Will Grigg will be the men leading the attack, with Gavin Massey and Michael Jacobs expected to be the wingers. At the back, Dan Burn and Chey Dunkley will have the unenviable task of stopping Aguero, while Christian Walton will be in the firing line. 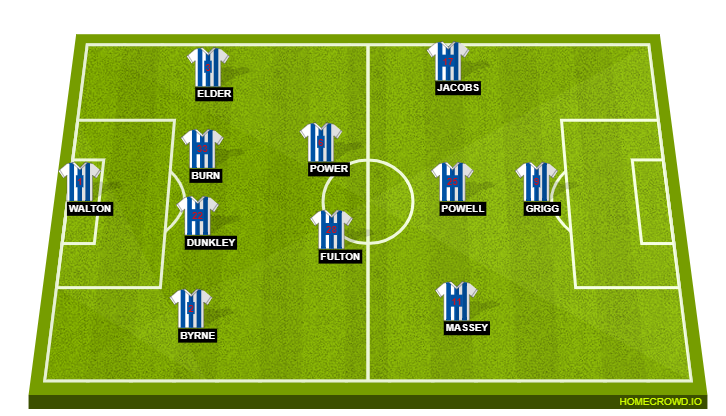 Pep Guardiola’s injury woes have eased up almost completely ahead of the trip to Wigan. On Monday, the Manchester City boss will have just one first-team player remaining on the treatment table, with Benjamin Mendy recovering from a long-term knee injury.

The biggest news this week has been the return of Gabriel Jesus, who has rejoined his teammates in full training. Monday’s game though, would have come too soon for him, although the Brazilian is likely to play some part in the Carabao Cup final against Arsenal.

But, Leroy Sane and David Silva should continue their comeback trail from their respective injuries by starting in attack and midfield respectively. Apart from the duo, and Sergio Aguero, there could be a few first-team regulars getting a rest, with the likes of Danilo, Oleksandr Zinchenko and Phil Foden likely to start.

Claudio Bravo, too, should take up his customary place in goal, as has been the case in domestic cup competitions this season. At the heart of the Manchester City defence though, the returning John Stones is expected to start alongside January arrival Aymeric Laporte.

Will Grigg may be on fire on one end of the pitch, but it is Dan Burn, who will need to be at his best on Monday for Wigan to stand any chance of beating Manchester City. The centre-back will have the ominous task of keeping Sergio Aguero quiet – the same Sergio Aguero who scored four goals in his last domestic game.

So, it goes without saying that Burn will have his work cut out on Monday, but if he manages to do the unthinkable, we might just see Wigan shock Manchester City in the FA Cup for the third successive time.

It’s a classic David vs Goliath FA Cup tie at the DW Stadium on Monday as Manchester City look to continue their march towards an unprecedented quadruple. Up next though, are their recent FA Cup nemesis, who have made a habit of embarking on giant killing sprees in the competition.

But, those giant killings are unlikely to continue on Monday, with Sergio Aguero in menacing touch – he has scored six in his last four. Leroy Sane will also be looking to prove a point on his return, and it could end up being a long night for the hosts. We predict a comfortable 3-0 win for Pep Guardiola & co.