Tottenham Hotspur will look to build on their huge win over the weekend when they host Southampton at Wembley on Tuesday.

The second half of the Premier League kicks off on Boxing Day with the festive mood well and truly still continuing in the Premier League. The first match of Gameweek 20 sees a Tottenham side that seems to have a spring in their step once again play hosts to Southampton at Wembley on Tuesday.

The Lilywhites seem to be slowly getting back to their best after a run of semi-positive results – just the solitary loss to Manchester City in December. Their most recent result was a convincing 3-0 win at Burnley, which was the first time since September when they grabbed three points on the road in the Premier League.

Southampton, on the other hand, are visibly in a rut. Goals are hard to come by currently for the Saints, who have failed to win each of their last six games. The winless run has left them perilously close to the relegation zone, with just three points separating them from 18th placed Bournemouth.

The corresponding fixture last season was a keenly contested affair, although first half goals from Dele Alli and Christian Eriksen helped Tottenham win a close game 2-1. Ahead of their latest meeting on Tuesday, The Hard Tackle takes a closer look at the encounter.

There isn’t a lot hampering Mauricio Pochettino’s preparations in the packed festive schedule, with just two first-team players sidelined. Toby Alderweireld (hamstring) and Victor Wanyama (knee) will not be featuring again in 2017 while Harry Winks (ankle) is a minor doubt.

A few changes are on the cards though, as the Spurs boss looks to keep his players fit in this busy run of fixtures. Kieran Trippier and Danny Rose, even though his Tottenham future is uncertain, are the likeliest to return to the starting lineup, as part of the usual full-back rotation policy.

The likes of Erik Lamela and Mousa Dembele are also in contention to feature after appearing from the bench on Saturday. One player who is certain to start is the record breaking, record chasing Harry Kane as he looks to make history on Tuesday.

The key for Spurs will again be to attack the half spaces and press high up the pitch to create the chances for Kane. Dele All is, thus, a key man in an advanced central position. Dembele’s pressing abilities could also come in handy, and allow Eriksen to concentrate on the creative side of the game.

At the back, Eric Dier will be an important figure to thwart Southampton attacks after returning to a more comfortable midfield role. The full-backs, too, will be crucial for not just keeping the Southampton wide men in check, but also attack down each flank for Kane & co.

It’s not just the recent run of form that has been horrendous for Mauricio Pellegrino & co. The Southampton boss has now lost the services of his top scorer Charlie Austin, after the English striker was handed a three-match ban for an incident also involving Huddersfield goalkeeper Jonas Lossl.

Austin would have been unable to feature on Boxing Day anyway, having sustained a thigh injury on the night. The full-back slots are a major cause for concern for Pellegrino, with both his first-choice right-back and left-back unavailable – Cedric Soares (ankle) and Ryan Bertrand (thigh) miss out due to their injuries.

Jack Stephens and Matt Targett are expected to deputise on either side of defence as a result, with Virgil van Dijk and Maya Yoshida the centre-backs. Manolo Gabbiadini should slot in for Austin, and the Italian striker will aim to make runs off the shoulder of Jan Vertonghen while hoping to show his prowess in front of goal.

He will need appropriate support from the likes of Sofiane Boufal and Nathan Redmond, with Dusan Tadic the creative genius of the side. The role of Oriol Romeu will be key as the Spaniard will need to negate the twin threat of Christian Eriksen and Dele Alli. 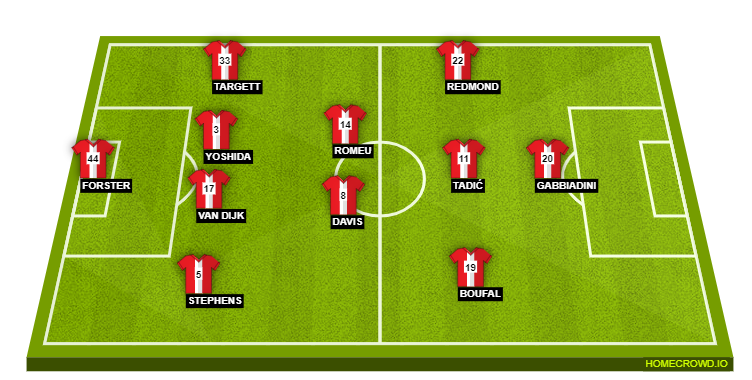 One long-standing Alan Shearer record might be out of reach for just about every Premier League player for now, another looks set to be finally broken. Harry Kane equalled the record of most Premier League goals in a calendar year (36), set by his compatriot in 1995, and needs just one goal to make history.

A second goal would see him beat the likes of Lionel Messi, Cristiano Ronaldo, Edinson Cavani and Robert Lewandowski to finish 2017 as the highest scorer in league football. Against a rather vulnerable Southampton defence, Kane would fancy his chances, not just to break the two records but also grab an 8th hat-trick of the year.

Tottenham come into this game buoyed by the result at Burnley, a win that not only stopped a rut on the road, but also signalled their intent to get back into the Top four. Southampton on the other hand, just can’t do anything right, and the absence of Charlie Austin will be a huge blow.

Goals were already a rare occurence, and with their top scorer sidelined, it’s really hard to see the visitors finding the back of the net. A rampaging Harry Kane is scoring though, and one can expect him to make further history on Saturday. The Hard Tackle predicts a comfortable 3-0 win for Pochettino & co.