Real Madrid will look to confirm their progression into the Copa Del Rey Round of 16 when they host Fuenlabrada at the Bernabeu on Tuesday.

Real Madrid turn their attention back to the Copa Del Rey, a tournament they will be desperately hoping to flourish in, on Tuesday. Los Blancos play hosts to Fuenlabrada at Santiago Bernabeu in the second leg of their Round of 32 tie, and they will be hoping to progress into the next round with a positive display of football.

The hosts seem to be going through a slight upturn in form, having gone on a four-game unbeaten run following their loss to Tottenham earlier this month. The 3-2 win over Malaga last weekend showed that there is still some work to be done, specifically in defence.

Fuenlabrada, on the other hand, have been in imperious form this campaign so far, having lost just two games all season, one of which was the defeat in the first leg. The Madrid-based club are top of the Segunda B Division, and are the favourites for promotion into the second tier of Spanish football.

The first leg, played last month, ended in a comfortable 2-0 win for Real Madrid, although Los Blancos needed two penalties to prevail in the game. Ahead of the latest meeting between the two sides, The Hard Tackle takes a closer look at the encounter.

With his side’s form looking on the up, the injury issues are also easing up for Zinedine Zidane. The Real Madrid boss is without just three first-team players ahead of the visit of Fuenlabrada, with Sergio Ramos (broken nose) and Marco Asensio (hip) on the sidelines, and Jesus Vallejo suspended after being sent off in the first leg.

Zidane has called up five youngsters from the Castilla side, with Alvaro Tejero, Manu Hernando, Luismi Quezada, Jaime Seoane and Oscar Rodriguez joining the first-team setup for Tuesday’s game. Among these, Tejero has already made his first-team debut, after starting in the first-leg, and he could feature once again.

With Vallejo and Ramos absent, Manu Hernando could get his debut, with Zidane likely to rest Raphael Varane for the game. Other than the aforementioned youngsters, the match will give a few fringe players and those just off the treatment table to secure some vital minutes.

The likes of Marcos Llorente, Dani Ceballos, Theo Hernandez and Achraf Hakimi are, thus, expected to start. Gareth Bale and Mateo Kovacic are likely to start as well, having recovered from their respective injuries.

Antonio Calderon does not have any major injury concerns either, with just Paco Candela missing the short trip to Santiago Bernabeu due to suspension. Apart from the midfielder, the Fuenlabrada boss is expected to name a full-strength side for what could be a once-in-a-lifetime opportunity for many of his players.

While it’s likely to be tough going for his men on the night, Calderon will again bank on Cata Diaz and Armando Lozano to keep things tight at the heart of defence to frustrate the hosts. Up front, star striker Dioni, who has nine goals in 19 outings this season, will be key for the visitors. 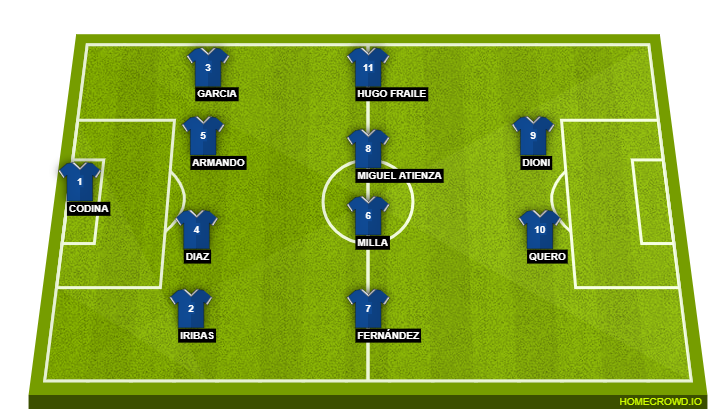 Karim Benzema may have picked up some form in the last few weeks, but the veteran Frenchman still has some way to go before he’s fully convincing. In the meantime, Borja Mayoral could give Zinedine Zidane some food for thought with a solid performance on Tuesday.

Opportunities may have come few and far between for the 20-year-old, but with a goal and an assist in just 250 minutes of action, he has shown that there is a lot of potential waiting to be exploited. With Gareth Bale likely to provide him company on the night, this could be the game when he signals that he is here to stay.

The result from the first leg may have rendered this game to be a mere formality to a great extent. But, this is a game that Fuenlabrada could use the tie as an opportunity to show that they could soon be strutting their stuff alongside the big men of Spanish football.

Real Madrid, on the other hand, are clearly superior, despite a largely second-string side playing against the minnows, and Zidane would be hoping to see some of his fringe players use this chance well. In the end, it should be a comfortable win for the hosts, and a certain Gareth Bale could have a say on the night.