France will be looking to inch a step closer to securing a place in the 2018 FIFA World Cup when they host Luxembourg on Sunday.

Just three rounds remain for the first stage in the European leg of the 2018 FIFA World Cup qualifiers to come to an end. In Group A, France can consolidate their place at the top of Group A when they play hosts to bottom dwellers Luxembourg in Tolouse on Sunday.

Didier Deschamps’ men come into this match on the back of an emphatic 4-0 win over a hapless Netherlands side on Thursday night. The result helped Les Bleus go clear atop Group A after Sweden were beaten by Bulgaria on the same night.

Luxembourg, too, are coming into Sunday’s match after grabbing all three points in their previous qualifier. However, their win was the surprise result in the previous round of qualifiers in Europe as Luc Holtz’s men shocked Belarus to secure a hard-fought 1-0 win on Thursday.

The reverse fixture, earlier this year, saw France run out comfortable 3-1 winners over the minnows, courtesy an Olivier Giroud brace. Ahead of their latest meeting on Sunday, The Hard Tackle takes a closer look at the encounter.

France are slowly getting closer to booking their place in Russia 2018. More importantly though, their performances are slowly picking up, and Didier Deschamps’ men are well and truly establishing their credentials as one of the favourites for the tournament next year.

Playing a fearless brand of attacking football, Les Bleus boast one of the youngest, most exciting core group of players that is providing jitters to the best of defensive units. At the back, Raphael Varane and Samuel Umtiti have forged a solid partnership at the heart of defence.

However, Deschamps is without the services of the Real Madrid defender for the latest international fixtures as he sustained an abductor injury. In his absence, Laurent Koscielny is expected to continue as Umtiti’s partner, with Djibril Sidibe and Lavyin Kurzawa on either side of the duo.

At the centre of the park, Paul Pogba and N’Golo Kante should retain their places for the crucial qualifier on Sunday, as should Thomas Lemar after his match-winning performance on Thursday. Kylian Mbappe though, is likely to have earned a start after an impressive cameo against the Dutch. 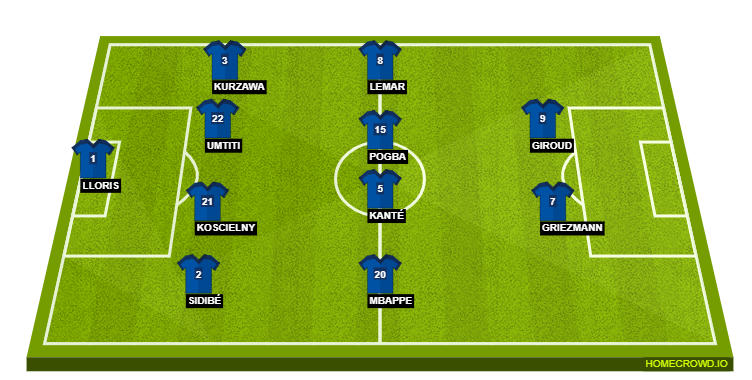 Luxembourg have largely been the whipping boys of Group A, with little to show before the shock win over Belarus on Thursday. But, what made the aforementioned result all the more remarkable was that they achieved it without several key first-team players.

Indeed, Luc Holtz has been forced to leave out 10 first-team players out from his latest squad due to injury or illness. As a result, his starting eleven on Thursday had three debutants whose average age is just 19.

With the same set of experienced, key players missing for the trip to Tolouse though, Holtz will focus more on the defensive side of the game than making an impact on the other end of the pitch. Thus, the likes of Kevin Malget and Chris Philipps will be charged with keeping things tight at the back.

Meanwhile, the impressive Aldin Skenderovic is expected to continue as a makeshift holding midfielder following his solid debut against Belarus. Up front, Daniel Da Mota and Aurelien Joachim will aim to grab whatever opportunity that comes their way to score past a strong French defence. 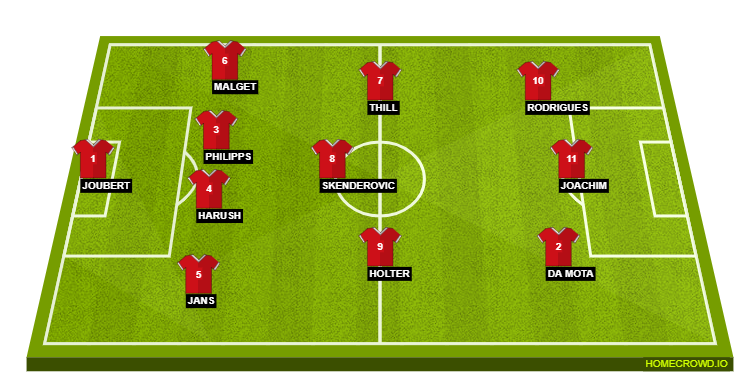 Thursday was quite an eventful day for the AS Monaco man. Not only did the young winger enjoy one of his better outings for club or country in the match against Netherlands, but he also had his Monaco future under intense speculation, with a late move to Arsenal being widely reported.

In the end, the move failed to materialise, but Lemar showed just what Arsenal could miss when he’s at his best. The 21-year-old was a livewire on the pitch, and his first goal was the pick of the lot from Les Bleus on the night, as he scored a mesmerising long-range screamer to set his side up to win.

A similar outing against Luxembourg could go a long way for Lemar, and a strong performance could help cement his place in Deschamps’ plans heading into next year’s World Cup. An exciting outing beckons for the player.

France are finally back to the top of Group A after relinquishing the spot to Sweden following a surprise loss to them. Back atop their group though, Les Bleus are ideally only a couple of wins away from clinching a place in next year’s World Cup.

The first of these is likely to come against Luxembourg. A young and exciting side they may be, but the minnows have struggled to match up to the big boys of their group so far. Thus, Didier Deschamps’ men are unlikely to be troubled much on Sunday.

In fact, one can expect the likes of Kylian Mbappe, Thomas Lemar and Antoine Griezmann to run riot and help secure three more points for their side. The Hard Tackle predicts another comfortable 4-0 win for the hosts.