Barcelona will look to keep pace with arch-rivals Real Madrid, and perhaps get ahead of them if results go their way, when Alaves host them at the Mendizorroza. More crucially though, the Catalan giants will be hoping to build on their strong start to the season and grab all three points once again.

Ernesto Valverde’s men come into this match on the back of a 2-0 win over Real Betis at Camp Nou last week in what was a solid result to kick off their campaign. The visitors, though, started their season on a losing note, going down 1-0 at Leganes, and will be looking to get their first points of the season against Barcelona.

The two sides met thrice last season, including the Copa Del Rey final. The corresponding fixture in La Liga though, ended in an emphatic 6-0 win for Barcelona. Ahead of their latest meeting, The Hard Tackle takes a closer look at the encounter.

Luis Zubeldia has no fresh injury concerns to deal with ahead of the visit of Barcelona, and will have the opportunity to spring an early shock on the Catalan giants, just like the Basque club did last season, albeit at Camp Nou.

The only absentee from his matchday squad is Victor Laguardia. The Spanish defender sustained a knee injury towards the end of the 2016-17 season and is still some way off completing his recovery. In his absence Alexis and Rodrigo Ely will partner each other at the heart of defence.

The major challenge for the Alaves manager, though, would be to move on quickly from last week’s disappointing result. Like last season, the Basque side seem to be struggling to find their goalscoring boots although they appear to be pretty strong defensively. 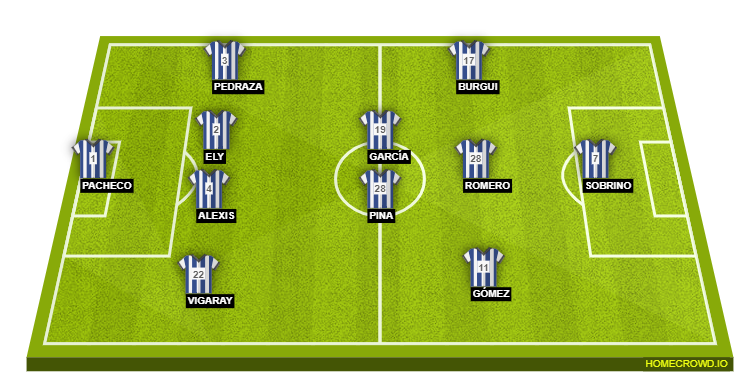 Ernesto Valverde has two pressing injury concerns on his hands ahead of the trip to the Basque country to face Alaves. But, the Barcelona boss is set to welcome Gerard Pique back to his starting eleven after the veteran Spanish defender missed the season opener due to a knock.

Valverde, though, is sweating over the fitness of Andres Iniesta, whose future at Camp Nou has been the subject of intense speculation of late. The Barcelona captain has been struggling with a thigh injury, but is likely to feature in some capacity after taking part in training this week.

Luis Suarez, though, is still a couple of weeks away from returning to action, although he has stepped up his recovery from a knee injury. In his absence, Lionel Messi will continue to lead the line for the Catalan club, with Gerard Deulofeu and Paco Alcacer providing him company up front.

Barcelona’s impending summer signing, Ousmane Dembele, however, won’t feature as he will complete his medical on Sunday before becoming available for selection in Gameweek 3. Meanwhile, Rafinha is a long-term absentee, as he continues his recovery from a knee injury. 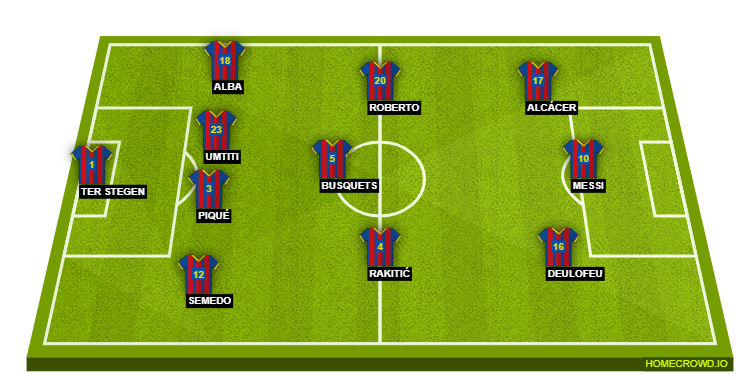 The last one year has been nothing short of unusual struggle for Barcelona, having relinquished their La Liga title to Real Madrid while struggling in the Champions League as well. The loss of Neymar to PSG has only compounded their problems, while they’ve struggled to land their primary targets in the market.

The signing of Ousmane Dembele, though, coupled with a solid win against Real Betis last week are promising to be signs that Ernesto Valverde could be starting to turn things around slowly.

The Barcelona boss created quite an image of being a strong willed manager during his time at Athletic Bilbao, and the same qualities could be coming to the fore at the right time at Camp Nou. The match against Alaves, though, will be quite a test for the Blaugrana, with the hosts being strong customers at the back.

However, with Sergi Roberto and Lionel Messi looking in menacing form, alongside the returning Gerard Deulofeu, who turned in an impressive performance last week, Barcelona should have enough firepower to grab all three points. The Hard Tackle predicts a hard-fought 2-1 win for the visitors.