Jose Mourinho’s second season as Manchester United manager gets underway on Sunday as the Red Devils welcome West Ham United to Old Trafford for their Premier League campaign opener. And the two sides will be eager to start the 2017/18 season on a positive note as they strive to improve on their respective campaigns last term.

Manchester United could only finish 6th in Jose Mourinho’s first season in charge at Old Trafford as a slew of draws cost them several precious points. Nevertheless, the Red Devils managed to qualify for the Champions League by winning the Europa League while also clinching the EFL Cup last season.

Meanwhile, West Ham United also endured a disappointing campaign in what was Slaven Bilic’s second season in charge of the East London club. The Hammers could only finish 11th with 45 points, 17 points worse off than their previous campaign in which they were 7th on the table.

The two sides, though, have enjoyed promising pre-season campaigns, and having made significant improvements to their squad the respective managers will be hoping for a better showing from their teams this time around. Ahead of the match on Sunday, The Hard Tackle takes a closer look at the encounter.

Jose Mourinho approaches the new season with minimal fitness issues at hand, with no fresh injury concerns to deal with ahead of the visit of West Ham. The three long-term absentees Luke Shaw (ankle), Ashley Young (hamstring) and Marcos Rojo (knee) remain the only players on the treatment table.

Meanwhile, the Manchester United boss can welcome back Eric Bailly and Phil Jones to his matchday squad on Sunday after the duo had to sit out the UEFA Super Cup meeting against Real Madrid due to their respective European bans.

Mourinho has added Romelu Lukaku, Nemanja Matic and Victor Lindelof to his squad ahead of the new season. And while the Swede is expected to be gradually eased into the side, Lukaku and Matic are all set to make their competitive debuts for Manchester United.

The Belgian will be eager to continue his impressive record against the Hammers in order to kick off his Manchester United career with a bang. 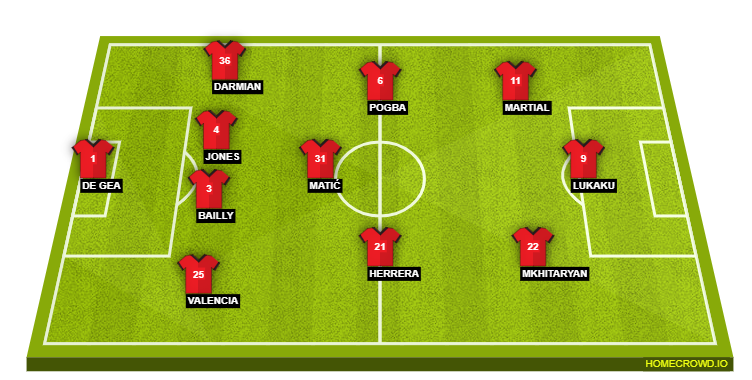 Unlike his counterpart in the Manchester United dugout, Slaven Bilic has a number of pressing injury concerns to deal with ahead of the visit to Old Trafford. The familiar troubles have struck the Hammers once again as the Croat has as many as five key first-team players missing the trip to Manchester.

Michail Antonio (hamstring), Manuel Lanzini, Cheikhou Kouyate (both knee), Andy Carroll (groin) and Diafra Sakho (back) are all well into their rehabilitation from the injuries they suffered last season, and will all be available for selection within the next month.

In fact, Slaven Bilic seemed to be hopeful about the returns of Antonio, Lanzini and Kouyate, claiming that the trio could be back in action for the first team before the international break. The Croat does have some good news, with Aaron Cresswell and captain Mark Noble fit and available.

Meanwhile, four of West Ham’s five summer arrivals are set to make their Premier League debut for the club on Monday. Joe Hart, Pablo Zabaleta, Marko Arnautovic and former Manchester United striker Javier Hernandez are all expected to start on Sunday and form a key part of Bilic’s plans this season. 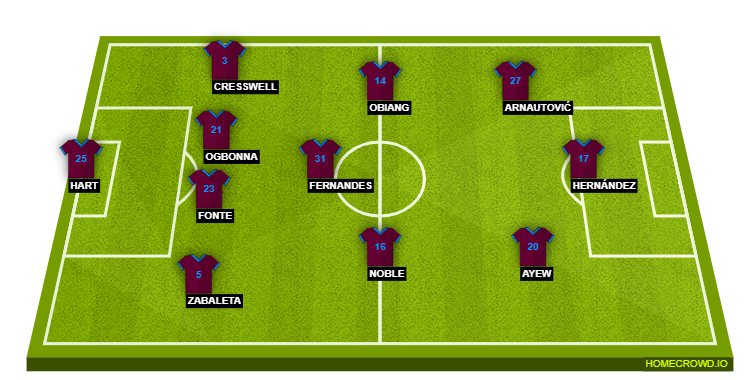 Lukaku has come a long way since being discarded by Jose Mourinho during their time at Chelsea. In fact, the Belgian striker has become one of the most prolific powerhouses in the Premier League, featuring regularly among the top scorers in recent seasons.

Now, having been signed by the Portuguese manager, albeit at Manchester United, Lukaku has some big responsibilities on his shoulders and some big boots to fill though, following the departure of Zlatan Ibrahimovic.

The Swede scored 28 goals for the Red Devils last season, and a similar return from Lukaku this term could be just what the doctor ordered for Manchester United.

After a gruelling pre-season schedule for Manchester United that would have given Jose Mourinho a lot of cause for optimism, his side is set to embark on the 2017/18 Premier League season. First up for them though, is a tricky fixture in West Ham United.

The Hammers have strengthened considerably this summer and will pose a big threat to the Red Devils’ defence. But their own back-line does not inspire a lot of confidence, and is primed to be preyed on by Romelu Lukaku, who rather enjoys playing against the East London side.

Manchester United’s strength in midfield also gives them a huge advantage ahead of the visit of the Hammers, and it is likely that last season’s scoring troubles would not creep in just yet, if at all. The Hard Tackle predicts an easy 2-0 win for Mourinho’s men, with new man Lukaku grabbing at least one debut goal.