The 2017/18 season gets underway on Sunday for Arsenal and Chelsea when they lock horns at Wembley for the Community Shield.

The curtains raise on English football’s 2017/18 season on Sunday just as it had ended, as Arsenal face off against Chelsea at Wembley for another silverware. The match may be classified as a charity friendly, but the two sides will be keen on winning the Community Shield to take the momentum into their league campaigns.

FA Cup holders Arsenal are bidding to lift the shield for the 15th time, and judging by their pre-season performances, Arsene Wenger would be hopeful of a positive result. The Gunners won four of their six friendlies over the last month, although they come into this match on the back of a 2-1 loss to Sevilla.

Meanwhile, Premier League champions Chelsea, who are hoping to win the title for the 5th time, had a mixed bag of fortunes in their pre-season preparations as they lost two of their three matches in the International Champions Cup.

But, the sole victory came in a 3-0 result against Arsenal and Antonio Conte would be hoping for a repeat of that performance, and not one from the FA Cup final. The match will trial the proposed ‘ABBA’ system of penalty shootouts, should it end all square after 90 minutes.

As Arsenal and Chelsea resume their long-standing rivalry on Sunday, The Hard Tackle takes a closer look at the Community Shield meeting.

Arsene Wenger provided positive news in his pre-match press conference as he exclaimed that all of his players have resumed training, including Santi Cazorla (Achilles), Gabriel (knee), Jack Wilshere (leg) and Francis Coquelin (ankle), all of whom are clawing their way back to full fitness from long-term injuries.

But, the quartet will not be a part of the match day squad as they have only just begun their respective rehabilitation. The major team news surrounds Alexis Sanchez who, along with Shkodran Mustafi, only returned to training earlier this week after enjoying an extended break due to their participation in the Confederations Cup.

The Frenchman will take a decision on Sanchez’s possible involvement prior to the match, although he did say that the Chilean looked sharp in the days leading up to the tie. Mustafi, though, is likely to miss out, with Rob Holding, Laurent Koscielny and Nacho Monreal expected to start in a back-three.

Meanwhile, Aaron Ramsey and Mesut Ozil are set to start after overcoming slight knocks, as should summer arrivals Sead Kolasinac and Alexandre Lacazette. Another big decision that Wenger faces surrounds the right wing-back slot, with Hector Bellerin and Alex Oxlade-Chamberlain the two quality options at his disposal. 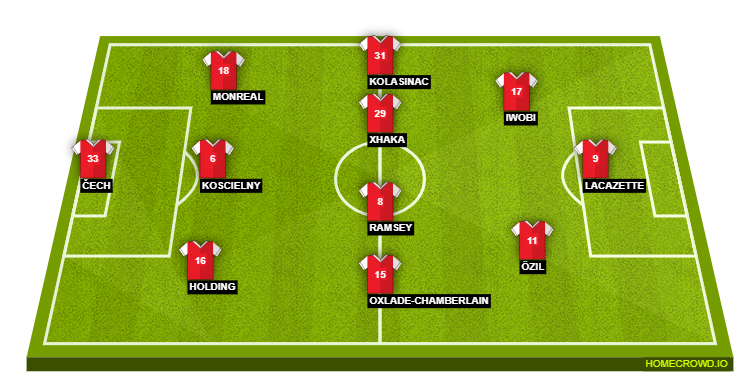 Unlike his counterpart in the Arsenal dugout, Antonio Conte has slim pickings ahead of Sunday’s match. Firstly, the Chelsea boss is set to field an entirely new look attacking lineup than the average front trio from last season, with Eden Hazard, Pedro and Diego Costa all missing out.

Diego Costa has been exiled from the squad after being told by Conte that he can leave this summer. Meanwhile, Eden Hazard has only just begun light training as part of his rehabilitation from ankle injury. And Pedro is unlikely to be risked as he recovers from multiple facial fractures.

Summer arrivals Tiemoue Bakayoko and Antonio Rudiger are unlikely to start as well. While Bakayoko will be unavailable for another month following his knee operation, Rudiger is expected to make the bench as he builds up match fitness.

But, the Blues’ latest signing Alvaro Morata is set to start, even though Conte has raised doubts over his fitness. Michy Batshuayi will be the focal point of attack, with Willian rounding off the front trio. 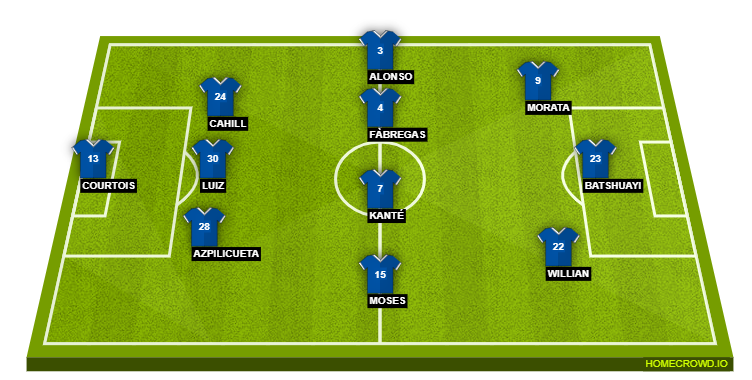 An age-old rivalry resumes on Sunday as Arsenal and Chelsea take on each other once again. And both sides will be eager to lay down an early marker ahead of the forthcoming season by lifting the Community Shield.

The early signs point towards an Arsenal victory though, with the Gunners looking much fitter and sharper than their Chelsea counterparts in pre-season friendlies. On top of that, with Antonio Conte missing a number of key first-team players, the Blues come into this match with a few issues.

Alexandre Lacazette and Mesut Ozil, in particular, have looked dangerous in Arsenal’s pre-season matchups, and the duo are likely to combine well on Sunday as well. For Chelsea, Michy Batshuayi has shown his goalscoring potential, and he could make his mark against the Gunners.

The Hard Tackle predicts a repeat of the FA Cup final on Sunday, with Arsenal beating Chelsea 2-1.