The biggest rivalry in football, El Clasico, makes its way to US soil for the first time ever, as Real Madrid and Barcelona face off in their final match in the International Champions Cup at the Hard Rock Stadium in Miami.

The tie will bring an end to Barcelona’s pre-season tour of the US, while Real Madrid still have to play a friendly in the country after the match against their bitter rivals. Both sides have played two games each – both in ICC – in their respective pre-season campaigns thus far.

The Blaugrana sit atop the table with six points, having won both of their games thus far. Meanwhile, their fierce rivals are rock bottom with a solitary point, having only managed to hold Manchester United to a draw so far, before being trounced 4-1 by Manchester City in their last outing.

The last meeting between the two sides was an exciting match as Barcelona edged out Real Madrid 3-2 in a closely contested affair at the Bernabeu. Ahead of what is only the second El Clasico outside Spain, The Hard Tackle takes a closer look at Sunday’s encounter.

Zinedine Zidane’s men have looked a pale shadow of their free-flowing attacking selves in their previous two encounters. Chances have come few and far between, with the Real Madrid players looking severely off the pace with very little match fitness.

With their first competitive match of the season, the UEFA Super Cup meeting against Manchester United only ten days away, Zidane will be desperate to see his side build up their fitness to continue their winning ways after a season of unprecedented success.

Keeping that in mind, the Real Madrid boss is expected to start with his strongest possible eleven against their bitter rivals. The biggest miss from the Frenchman’s side will be Cristiano Ronaldo, who is on a holiday after following the gruelling club season with the Confederations Cup.

Captain Sergio Ramos, though, is likely to make a return to the starting lineup after sitting out the match against Manchester City. Zidane, meanwhile, should continue persisting with the 4-4-2 formation, with Karim Benzema and Gareth Bale leading the line.

The likes of Theo Hernandez, Jesus Vallejo, Dani Ceballos and Matteo Kovacic should make late cameos to continue building their respective fitness levels and impress their manager for bigger roles in the forthcoming season. 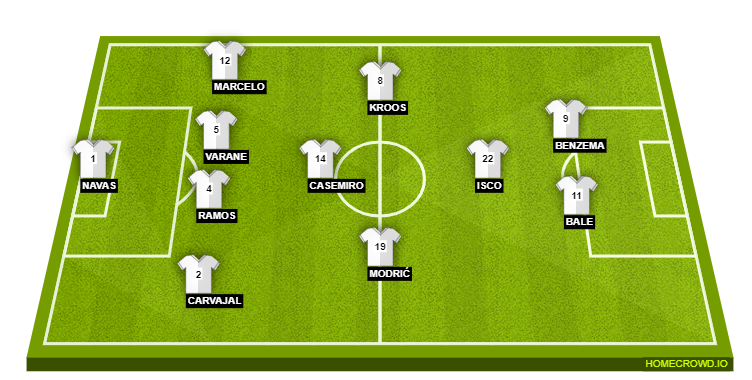 The big news at Barcelona centres around Neymar. The Brazilian is starting to create a notorious image of himself as with his transfer saga involving PSG notwithstanding, he was also involved in a training ground bust-up with Nelson Semedo in the buildup to this match.

Ernesto Valverde, therefore, has a big decision to make ahead of the match against Real Madrid, with the atmosphere in his dressing room not in a good state. Nevertheless, Neymar might just start on Sunday, as the decision could help the Barcelona boss convince the star forward to remain with the club.

Meanwhile, Rafinha and Gerard Deulofeu, who rejoined Barcelona from Everton this summer, will play no part whatsoever in the match, with both players nursing their respective injuries and undergoing rehabilitation on their own.

Marc-Andre ter Stegen and Andre Gomes are absent as well, having been given an extended holiday following their participation in the Confederations Cup. Valverde, meanwhile, is also likely to start with his strongest possible eleven with only one more friendly game remaining before the start of the season. 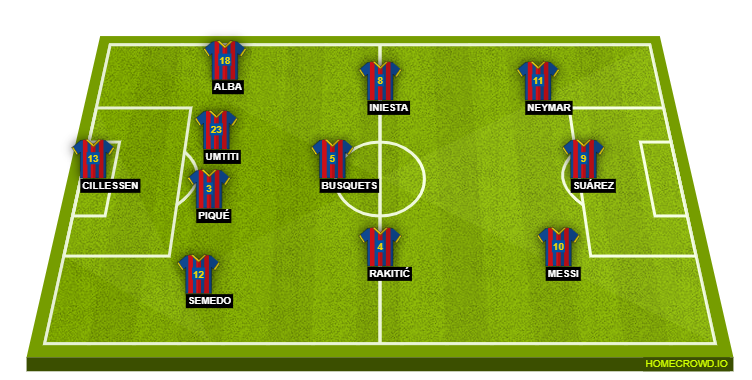 On the face of it, the match is labelled as a friendly but as El Clasicos usually go, this match is unlikely to be anything but a “friendly” encounter. Real Madrid and Barcelona are always ready to outdo each other and before they try to do the same in the forthcoming season, the ICC match will give them a chance to go into the season with the bragging rights.

And so, the two sides are expected to be involved in a fiercely competitive match. However, judging by their performances in their previous two friendlies, Barcelona have the early edge, as their players look much more in shape and fitter than Zinedine Zidane’s men.

Therefore, The Hard Tackle predicts a 2-1 win for Ernesto Valverde’s side in what will likely be a closely contested affair. The man in the big news, Neymar should continue his hot form with at least one goal in the match.