Manchester City and Tottenham will look to end their pre-season tour of the US on a high when they meet at Nissan Stadium in Nashville, Tennessee

Manchester City and Tottenham will look to resume their preparations for the forthcoming season when they take each other on in the 2017 International Champions Cup at Nissan Stadium in Nashville. The tie will bring an end to the two clubs’ American leg of their respective pre-season tours before they return to Europe.

Both sides have played two games each – both in ICC – in their respective pre-season campaigns thus far. And having won once and lost once, the duo still have the chance to top the table in the tournament’s standings in the US.

The momentum, though, will be with City, after they trounced Real Madrid 4-1 in a sensational second half performance that served as a warning of just how dangerous Pep Guardiola’s side can be next term. Tottenham, meanwhile, come into this match on the back of a closely contested 3-2 loss to AS Roma.

The previous meeting between the two Premier League rivals ended in a 2-2 draw at the Etihad Stadium. Ahead of their friendly encounter, The Hard Tackle takes a closer look at their final bow in this year’s International Champions Cup.

The big news at Manchester City surrounds Kyle Walker, who is set to face up against his former side less than a month after joining their big Premier League rivals. Fellow big-money summer signing Benjamin Mendy, though, is unlikely to feature yet again as he struggles for fitness.

The Frenchman’s absence would likely mean that another new arrival Danilo will be deployed as left-back, after he kicked off his City career with a stable performance against his former side, Real Madrid.

Guardiola has not shied away from providing opportunities to some of the youngsters in his pre-season squad thus far. Two of them, Phil Foden and Brahim Diaz, in particular, have caught the eye with their confident performances in the previous games, with the latter scoring a stunning goal against Los Blancos.

Up front, it will be interesting to see if Guardiola continues with the strike partnership of Gabriel Jesus and Sergio Aguero, with the likes of Raheem Sterling and Leroy Sane pushing for a start to secure some crucial minutes ahead of the forthcoming season. 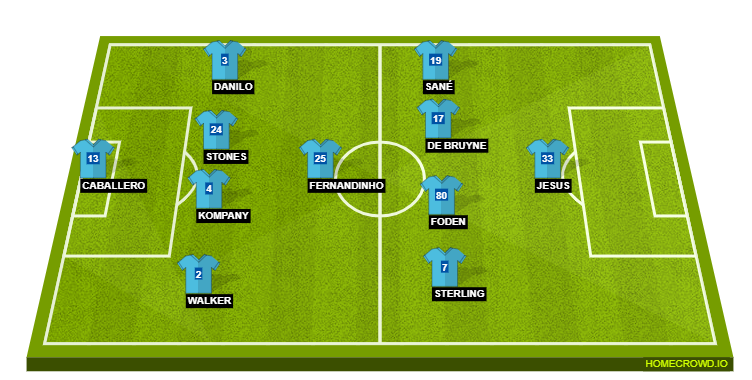 Pep Guardiola’s counterpart in the Tottenham dugout, Mauricio Pochettino might just do away with his policy of having a balanced mixture of youth and experience from the previous two games, with just one more pre-season friendly remaining before the start of the 2017/18 season.

Therefore, both Hugo Lloris and Christian Eriksen are likely to start against City after only playing their respective cameos last time out against Roma. The likes of Harry Kane, Dele Alli, Toby Alderweireld and Jan Vertonghen should all feature from the off as well.

The Tottenham boss, though, will continue to remain without Danny Rose, Moussa Sissoko, Heung-Min Son and Erik Lamela, all of whom are recovering from their respective fitness issues and are unlikely to play any part for the Lilywhites before the start of the campaign.

Meanwhile, for the rest of the players, the match will serve as an opportunity to rack up the minutes to regain their fitness ahead of a season in which Pochettino will expect them to challenge for the Premier League title at the very least. 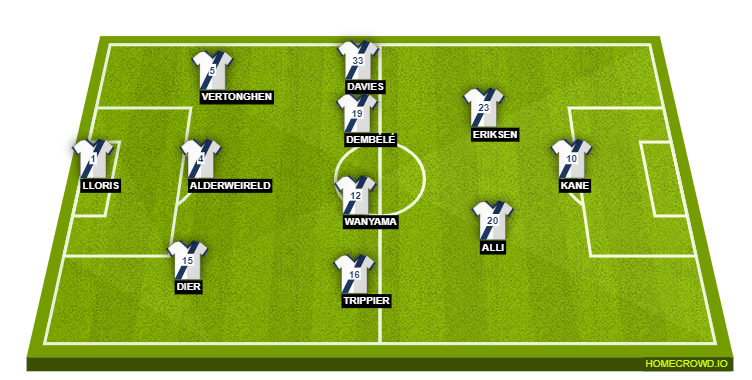 The two Premier League rivals play their final pre-season games in the US on Saturday, with a slender chance to clinch the American leg of the International Champions Cup.

More importantly though, Manchester City and Tottenham will look to continue the brand of free-flowing football that has helped them light up their previous friendly ties in the tournament, thus far.

Mauricio Pochettino, in particular, will be eager to prove a point against City, having been criticised for his lack of activity in the transfer market. The Tottenham boss, though, would like to show the benefits of a well settled squad.

Nevertheless, the two sides will be looking to end the US leg of their respective pre-season tours on a high to continue preparing for a season in which they aim to win the Premier League title. The match should be goal-laden with penalties deciding the final outcome.