Third place in the Confederations Cup will be on the line when Portugal and Mexico face off in their final game of the competition in Moscow on Sunday.

The 2017 Confederations Cup culminates on Sunday, and the penultimate game of the competition sees the two defeated semifinalists face off in the third place playoff at the Otkrytiye Arena. Looking to end the tournament on a high are Portugal and Mexico after the duo faced disappointment in their respective semifinals.

Group A winners Portugal saw their bid to win a second consecutive trophy end at the hands of Chile. A goalless draw after regulation and extra time was followed by a disastrous penalty shootout as a defiant Claudio Bravo thwarted the Seleccao’s spot kick takers.

The two sides are meeting for the second time in the tournament ending the respective campaigns just as they had started them- against each other. Their opening game had ended in a 2-2 draw and ahead of their second and final match, The Hard Tackle takes a closer look at the third place playoff.

Portugal’s usual brand of a exciting, attacking football did not really become evident in their match against Chile, and that is something that Fernando Santos would like to address on Sunday against Mexico.

The key team news for the Portugal boss is that he will be without the services of his captain Cristiano Ronaldo for the game. The 32-year-old has been released from the squad by Santos after the birth of his twins earlier this week.

With Ronaldo no longer a part of the squad, Nani is set to return to the starting lineup to partner Andre Silva up front. Meanwhile, Bernardo Silva is a major doubt for the match after he sustained a knock to his ankle. Silva’s injury could pave the way for Gelson Martins starting in attack for the Seleccao.

Left-back Raphael Guerreiro has also been released from the Portugal squad after he suffered a broken ankle during his side’s win over Russia in the group stage. In his absence, Benfica defender Eliseu will continue on the left side of defence.

Additionally, Santos is expected to provide starts to a few other fringe players as well. Most notable among these is Luis Neto, who could have the Pepe for company at the heart of defence after the veteran centre-back served a one-match suspension in the semifinal. 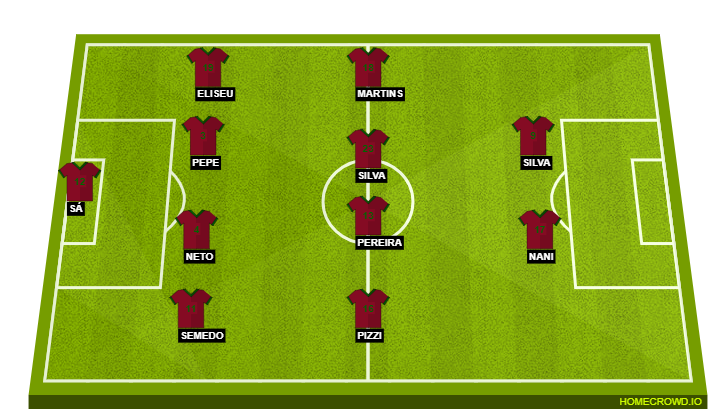 El Tri have improved on their campaign from four years ago when they dropped out in the group stage. But while they have made improvements in results, several issues persist in Juan Carlos Osorio’s side.

The CONCACAF champions have been habit scorers over the course of the campaign in the tournament. But their flamboyance has also given way to vulnerability at the back as they have also been heavily prone to conceding goals, despite the heroics of Guillermo Ochoa between the sticks.

Just like his counterpart in the Portugal dugout though, Juan Carlos Osorio could use the playoff game on Sunday to provide exposure to some of his fringe players. One certain change in Osorio’s side will be Marco Fabian, who was perhaps the only positive for Mexico in an otherwise disappointing outing.

Carlos Vela, too, is expected to return to the starting lineup after he was a shock exclusion against Germany. But the likes of Hirving Lozano, Oribe Peralta and Nestor Araujo are expected to receive rare starts on Sunday. 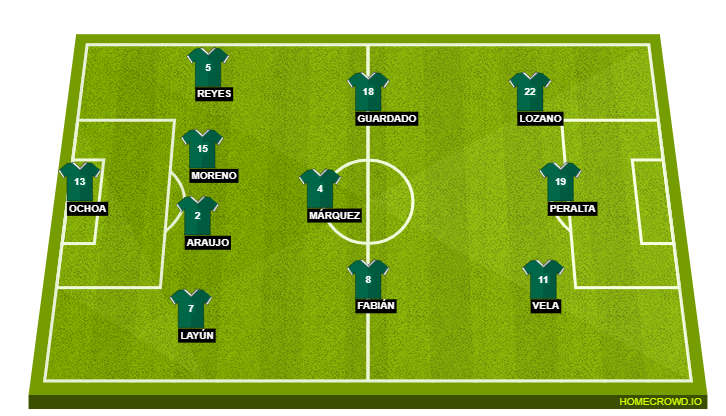 Portugal and Mexico play one final match in the Confederations Cup before the two sides look to return to Russia next year for the World Cup. It is also a match that could see a host of fringe players take the field from both sides as the pressure to win the tournament is off.

As a result, flamboyant attacking may be the name of the game on Sunday, with the youngsters in both the teams looking to make a mark on both managers. The quality of Portugal’s backup men, however, is likely to be the difference between the two sides.

New AC Milan striker, Andre Silva has been a prolific contributor at the international level in his young career thus far and he could be the one to supply the all-important goals on Sunday as well. The Hard Tackle predicts an odd-goal win for the Seleccao and a third place finish.