Cameroon and Australia will look to move on from defeats in their first matches when they face off at Stadion Krestovsky on Thursday.

The second round of the group stage in the Confederations Cup is well underway and in Group B, Cameroon and Australia will look to get their first points on the board when they face off against each other at Stadion Krestovsky in St Petersburg on Thursday.

Cameroon come into this match on the back of a late 2-0 loss at the hands of group leaders Chile, with Arturo Vidal opening the scoring before Eduardo Vargas put the game to bed in the dying moments of the match.

Meanwhile, Australia fought hard against a second-string, albeit stronger Germany side on Monday before going down to the World Champions 3-2. A repeat of the performance from that game, though, could see them triumph against the Lions.

The two sides have never previously faced off against each other, and ahead of their first meeting The Hard Tackle takes a closer look at Thursday’s Group B match.

Hugo Broos has assembled a fresh faced squad that surprised many when they triumphed in the Africa Cup of Nations earlier this year. But against a top quality Chile side, the Lions were seriously out of their depth and were rightly dismantled with ease, even if belatedly.

Cameroon struggled to find possession of the ball for a long time, and when they did Broos’s men were highly ineffective on it, as they struggled to create many chances. The side is usually one that is considered to be a defensively resolute unit, but the absence of Nicolas Nkoulou has hit them hard.

The Lyon defender’s experience at the top level has been sorely missed and the usually calm Cameroon defence was hustled consistently by Chile, something that Australia could take cue out of. Up front too, the side lacks genuine quality to make much of an impression in the competition.

Having said that, Vincent Aboubakar brings a lot of experience to the side, and the Besiktas striker will need to step up on Thursday to ensure a Cameroon win, something that looks unlikely considering their current form. 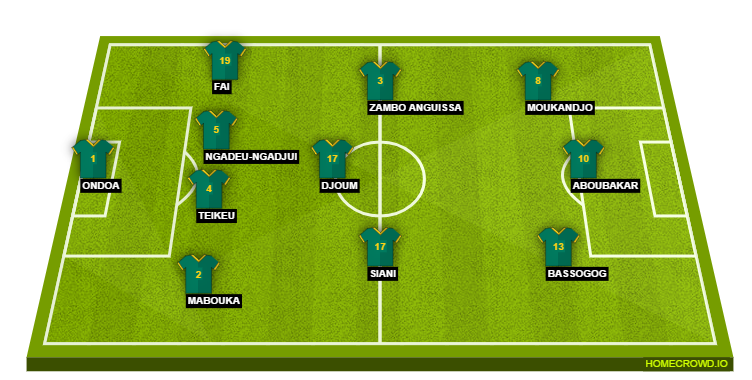 Like his counterpart in the Cameroon dugout, Australia manager Ange Postecoglou has also assembled a young, inexperienced side. And having done away with the culture of banking on the experienced, more established players, he has succeeded in forging an attacking side that has no inhibitions whatsoever.

The same trait was on display on Monday against a strong Germany side that led their match just five minutes after kickoff. But, Postecoglou’s side remained true to its identity to give the World Champions a run for their money before going down 3-2 in hard fought contest.

The squad’s most experienced heads, Tim Cahill and Mile Jedinak are no longer the first names of the team sheet, instead facing more time on the bench than on the pitch. Postecoglou, though, will want some improvements from his side as they often left a lot of spaces to be exploited, when off the ball.

And against the brawn of Aboubakar, the back-three will need to remain on their toes in order to come through unscathed on Thursday. The role of midfielder Aaron Mooy is also key as he will need to keep things tight ahead of his defensive unit, while Tomi Juric will need to produce a performance similar to that on Monday to ensure an Aussie win. 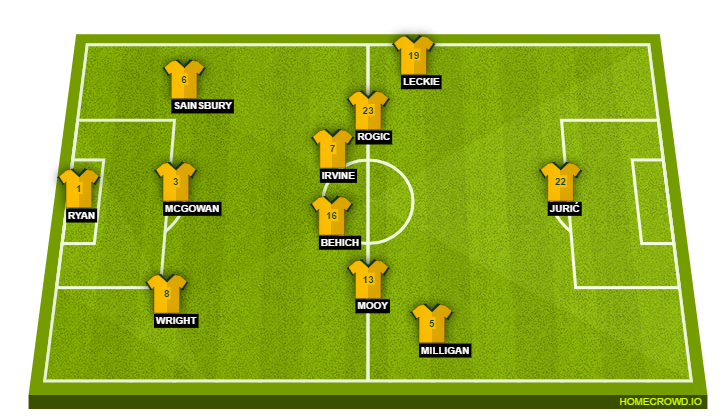 Thuesday’s first encounter is the most crucial match of the tournament for both sides as the loser will mathematically have no chance of progressing to the semifinals, while the winning outfit will go into the final day knowing that a win will ensure qualification to the penultimate stage.

Judging by the quality on display in their respective first matches though, the Socceroos look the likeliest to get a positive result, as they proved to be more effective on the ball even though off it, like Cameroon, they were vulnerable.

Australia, though, are a side that show a lot of character and fight in their matches – 3 losses in the last 3 years is proof of that. Therefore, The Hard Tackle predicts another closely contested match involving the Socceroos with Ange Postecoglou’s men coming up trumps this time around.