Belgium and Czech Republic return to international football action as the Red Devils host Karel Jarolim’s men at the Heysel Stadium on Monday.

The season of club football in Europe comes to an end on Saturday, and it heralds a return of international football action. Come Monday, Belgium play hosts to Czech Republic on Monday in a friendly before both sides play their respective World Cup qualifying matches later in the week.

Roberto Martinez’s men will be looking to bounce back to winning ways against the Czechs, having had to share the spoils in each of their last two fixtures. Meanwhile, the visitors are yet to concede a goal this year, having enjoyed a cumulative score of 9-0 in their last two matches.

Czech Republic had come out on top the last time these two sides met, as they ran out 3-1 winners over Belgium way back in August 2009. Ahead of only their second meeting in a decade, The Hard Tackle takes a closer look at the fixture set to be played at the Heysel Stadium on Monday.

Roberto Martinez has called up Vincent Kompany to his squad for the first time as Belgium boss, with the Manchester City centre-back returning to fitness in the latter stage of the 2016/17 season. The 31-year-old is likely to partner Toby Alderweireld and Jan Vertonghen in the back-three.

Michy Batshuayi was a surprise call-up despite the Chelsea striker not featuring much for the newly-crowned Premier League champions over the course of the season. Having said that, Martinez has picked quite a formidable squad, and the Red Devils should prove to be a big match for the visitors.

With a wealth of attacking options at his disposal, it will be interesting to see who makes the cut, and who misses out, with the likes of Eden Hazard, Romelu Lukaku, Dries Mertens, Yannick Carrasco, Kevin De Bruyne and others all making a case for themselves with their recent form. 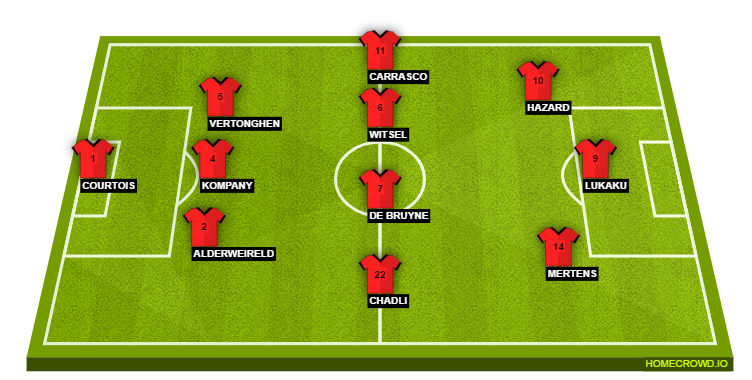 Karel Jarolim has made a few surprise selections for the latest round of international fixtures for Czech Republic as he has called up three new faces to his squad. Jakub Jugas, Ondrej Celustka and Petr Mares have all earned their first call-up to the national squad after enjoying impressive campaigns with their respective clubs.

Meanwhile, Josef Sural is a major absentee from Jarolim’s squad, with the 27-year-old Sparta Praha midfielder unavailable for selection due to a muscle injury. The onus, on Monday, will be on Czech Republic’s defensive unit, against a formidable Belgian attack that is likely to take a barrage of shots on the visitors’ goal.

Meanwhile, the in-form attacking duo of Michal Krmencik and Antonin Barak will be key to Jarolim’s side taking anything out of the match at the Heysel Stadium. Highly-rated striker Patrik Schick will be another player to watch out for, with the youngster impressing at Sampdoria this season. 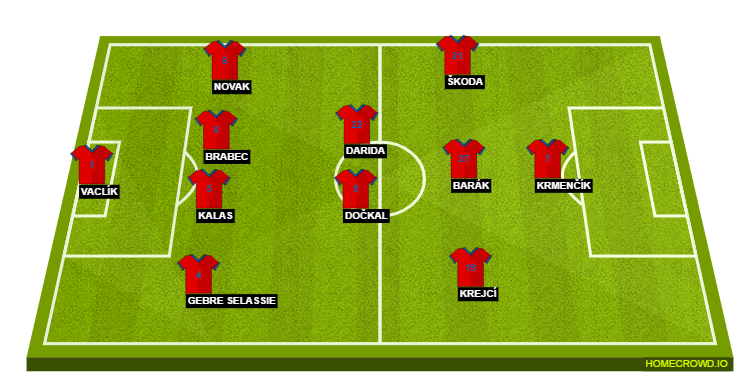 Finally back in the scheme of things. (Photo courtesy – Bruno Fahy/AFP/Getty Images)

The last two seasons have been highly frustrating for the veteran defender as he has been sidelined by a spate of muscle injuries, time and again. The same issues have restricted his appearances for both club and country, with Kompany not putting on his national colours since October 2015.

However, the closing months of the 2016/17 saw Kompany return to fitness, as he helped guide Manchester City to a third place finish in the Premier League. On Monday, the central defender is likely to be restored into the starting lineup for the first time in nearly two years, and he will be a key figure at the back for the Red Devils.

Roberto Martinez’s side haven’t been the most solid of outfits in Europe of late, and Kompany’s addition in the back-three will go a long way in keeping things tight in the defensive third. All eyes will, thus, be on the Manchester City centre-back to see how he fares in his first appearance for his national side since October 2015.

Both sides come into this match on the back of a contrasting run of results. Belgium are yet to win a game in 2017, while Czech Republic have a 100% record this year, having kept a clean sheet in each of those games.

Coming into Monday’s match though, Roberto Martinez’s men will be heavy favourites to return to international footballing action in style, quite simply because the gulf in class between the two sides is really telling.

The Hard Tackle, thus, predicts a comfortable win for Belgium with the visitors’ in-form attackers preventing the Red Devils from keeping a clean sheet for a fifth consecutive game.