Chelsea will look to secure the Premier League title when they visit the Hawthorns face West Bromwich Albion on Friday.

Chelsea have the chance to clinch their fifth Premier League title on Friday when they take on West Bromwich Albion at the Hawthorns, as a win will give the Blues an unassailable 10-point lead over second-placed Tottenham Hotspur.

Tony Pulis’ men come into this match on the back of a closely contested 2-2 draw at Burnley last weekend. The Baggies have stuttered of late, having not won a game for nearly two months now – a sequence of results that has left ninth-placed Leicester City just two points adrift of them.

Meanwhile, the visitors got one step closer to reclaiming the Premier League title while condemning Middlesbrough to relegation in a comfortable 3-0 win on Monday. The result left them seven points clear of Tottenham after the North London club pummeled to a shock 1-0 loss to West Ham last Friday.

Diego Costa scored the only goal in the reverse fixture back in December. (Photo by Justin Tallis/AFP/Getty Images)

The reverse fixture, at the Stamford Bridge, ended in a hard-fought 1-0 win for Chelsea as Diego Costa scored the only game of the match to hand the Blues a ninth successive league win. The Hard Tackle now takes a closer look at Friday’s fixture, as Chelsea enter the match with one hand on the Premier League trophy.

Tony Pulis does not have many injury concerns on his hands ahead of the visit of Chelsea on Friday, as he has just one player absent from his squad. Scottish winger Matt Phillips sustained a hamstring injury last month and is no closer to recovering from it this week than he was last week.

Meanwhile, the West Brom boss is sweating over the fitness of Hal Robson-Kanu, who is also struggling with his own hamstring issue. If the game comes too soon for the Welshman, Salomon Rondon will continue to feature as the focal point of the West Brom attack.

Pulis, though, has one good news, with centre-back Jonny Evans fit to face Chelsea and ready to be restored back at the heart of the West Brom defence, having recovered from the ankle injury that forced him off midway through the Baggies’ 2-2 draw at Burnley last weekend.

Evans, along with James McAuley, will be tasked with keeping the electric Chelsea attack at bay – much like they did for large parts of the reverse fixture back in December – in order to take anything from the match. Captain Darren Fletcher will also look to keep things tight in the centre of the park to ease the burden on the defenders. 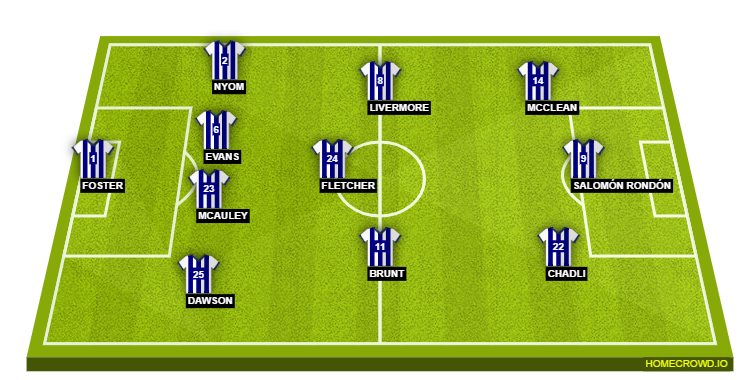 Tony Pulis’ counterpart in the Chelsea dugout, Antonio Conte, meanwhile, has absolutely no personnel issues to deal with ahead of the trip to the Hawthorns as he takes a fully fit squad to face West Brom on Friday.

N’Golo Kante missed the match against Middlesbrough on Monday due to a thigh injury. But, the Frenchman has, since, recovered completely from the problem and is available for selection at the heart of the Chelsea midfield.

Should Conte choose to restore Kante back into the starting lineup, Nemanja Matic could be the man making way for him after Cesc Fabregas turned in a man-of-the-match performance against Middlesbrough.

David Luiz, too, hasn’t shown any signs of struggling with the groin injury that forced him off early against Everton two weeks ago and is likely to start again on Friday. Meanwhile, Thibaut Courtois is playing with an ankle injury and is unlikely to be rested before Chelsea clinch the Premier League title, if at all. 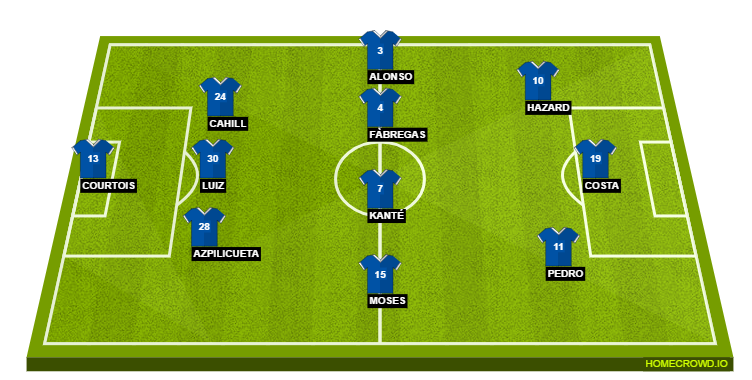 While Chelsea have pretty much been cruising towards clinching the Premier League title for the better part of 2017, one player has failed to play a prominent role for them this year, having been the protagonist of their charge in the first half of the campaign.

Diego Costa was in blistering form up until December as he scored 14 goals in his first 18 appearances in the season to guide Chelsea to the top of the table. However, ever since the turn of the year, his form has pummeled significantly, as he has only been able to find the back of the net on six occasions in 15 games.

On Friday, though, a stubborn West Brom side will await Costa and Chelsea as they will attempt to delay the inevitable. And the Spain international will be key to his side’s fortunes as he will need to be at his best with his hold up play and late runs into the box to create problems for the hosts’ defence.

West Brom are also a side that Costa loves playing against, having scored in three of his five Premier League appearances against them. Should he net another goal on Friday, it is likely that it will be the title clincher for Chelsea.

Having been the would-be champions of the Premier League for the longest time, Chelsea are set to finally secure the title. The Blues are just one win away from bringing the Premier League trophy back to Stamford Bridge and that can very well happen on Friday.

The stumbles of early April seem to be a distant memory as Antonio Conte’s men have rediscovered the form that blew the competition away for the better part of the campaign. West Brom, on the other hand, are in a miserable run of form, having not won a game in six.

To make matters worse, goalscoring is coming at a premium for the Baggies, as they have managed to score a goal in just two of their last nine Premier League games. Meanwhile, Chelsea’s defenders have started to look assured again, and they are likely to neutralise any threat posed by the West Brom attack.

Eden Hazard and Cesc Fabregas look in ominous touch, and the duo could play a big part for Chelsea yet again. We predict the Blues to win a second Premier League title in three years, with a comfortable win against a faltering West Brom side.