Barcelona will look to build on their spectacular El Clasico win from Sunday when they host Osasuna at Camp Nou on Wednesday night.

Barcelona will be eager to maintain their slender lead over Real Madrid at the top of the La Liga table when they play hosts to Osasuna at Camp Nou on Wednesday. The reverse fixture ended in an emphatic 3-0 win for Luis Enrique’s men with Luis Suarez opening the scoring before Lionel Messi hit a late brace to round off the win.

The hosts come into this match on the back of the thrilling come-from-behind 3-2 win over fierce rivals Real Madrid on Sunday, with Messi scoring the winner in the dying moments of the El Clasico. That win sent Barcelona to the top of the table, ahead of Real Madrid on a superior head-to-head record, although Los Blancos have a game in hand.

Meanwhile, Osasuna played out a 2-2 draw against fellow relegation battlers Sporting Gijon that did little to help them in their battle to save themselves from the relegation. The visitors remain rooted to the bottom of the table ahead of the visit to Barcelona.

The Hard Tackle takes a closer look at Wednesday’s match, as the two teams at the opposite ends of the La Liga table face off against each other at Camp Nou.

Luis Enrique has no new injury concerns on his hands ahead of the visit of Osasuna on Wednesday. That means that the Barcelona boss has just three first-team players missing from his squad due to short-to-long-term injuries.

Aleix Vidal will miss the remainder of the season due to the gruesome ankle injury he sustained against Alaves two months ago, while Rafinha has also had his season end prematurely due to a knee injury he picked up earlier this month.

Jeremy Mathieu is doubtful due to an Achilles problem, and is unlikely to play a part in the match on Wednesday. However, Neymar is the one major absentee from Enrique’s squad, as the Brazilian serves the last of his three-match ban that he accrued in the 2-0 loss to Malaga two weeks ago.

In Neymar’s absence, Paco Alcacer is expected to continue to form a part of the Barcelona front trio, partnering Luis Suarez and Lionel Messi. The much-maligned Andre Gomes is also expected to start after he received words of support from his manager. 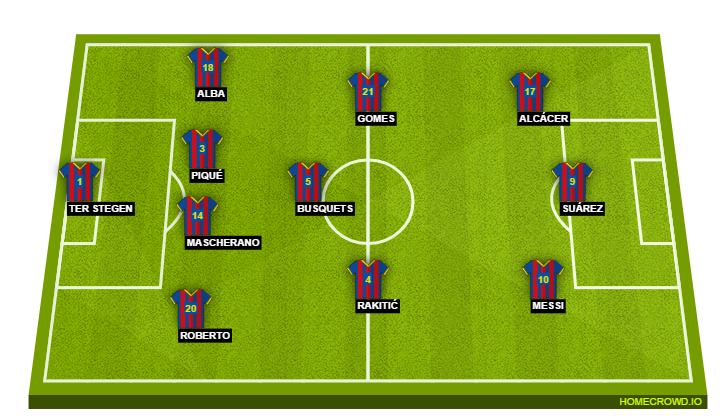 Luis Enrique’s counterpart in the Osasuna dugout Petar Vasiljevic, meanwhile, is not as lucky as the Barcelona boss with regards to fitness issues, as he could have as many as 11 players unavailable for the trip to Camp Nou on Wednesday, not making things any easier for him in the fight against relegation.

The biggest of the absentees is central defender Nikola Vujadinovic, who has been sidelined with a muscle injury on his left leg, and he is likely to be replaced by Ivan Marquez in the starting lineup after the Spaniard returned to training earlier this week.

Vujadinovic and Marquez’s fellow defender Miguel Flano, meanwhile, has returned to training as well, but the trip to Barcelona is likely to be a game too far in his recovery. Alex Berenguer (wound) and Raoul Loe (muscle) will also have this game come too soon for them, as they continue to recover from their respective injuries.

On-loan Italian goalkeeper Salvatore Sirigu is doubtful due to discomfort in his shoulder, but he is expected to be fit enough to start on Wednesday. 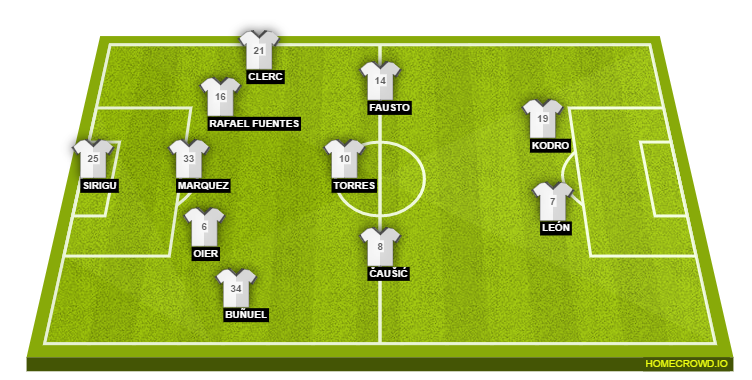 The momentum has suddenly shifted, and how, in the race to win the La Liga title this season after Barcelona’s thrilling 3-2 win over Real Madrid. With just a few moments left to go in the game, it looked like Los Blancos had clinched a decisive point, but the eventual result has blown the race wide open.

Barcelona currently lead the table ahead of their bitter rivals thanks to a superior head-to-head record, although Real Madrid have a game in hand, and they can continue to remain on top of the table with a win over Osasuna on Wednesday.

The match against the rock-bottom side is just the game Luis Enrique’s side needs to build on the result in the El Clasico, and anything other than a comfortable win for the Blaugrana will come as a surprise. The Hard Tackle predicts a run of the mill 3-0 win for the league leaders – a win that could see them pile on the pressure on Real Madrid.