Having secured a shot at another trophy, the Blues host Southampton in a tricky fixture at Stamford Bridge

Claude Puel and his men will make the long journey north to take on Antonio Conte’s confident Chelsea. Having defeated them 3-1 in the corresponding fixture last season, the Saints can take heart from the performance of Crystal Palace before them. The Eagles stunned the Stamford Bridge crowd by emerging 2-1 winners.

Another cup final beckons for the Blues, not before conducting some very important business in the Premier League. With Spurs playing away at Palace 24 hours later, Chelsea will see this as a chance to extend their lead back to 7 points even before their main title rivals kick off.

In his press conference, Conte confirmed that he has no fresh injuries to worry about. Gary Cahill trained with the team and would face a late fitness test after missing out in the FA Cup semi-final.

Given that this encounter is only 72 hours after their intense match against Spurs, one could expect some rotation. A 3-4-3 formation, however, will be the constant. PFA Player of the Year N’Golo Kante could start yet again given his boundless energy.

His partner in midfield, however, will be up for debate. Of the options available, Nemanja Matic seems to be favourite to start, given that his confidence would have been boosted by that spectacular goal at Wembley.

Nathan Ake too produced one of his finest performances in a Chelsea shirt at the traditional home of English football. With Cahill returning to fitness, however, we expect Ake to drop back to the bench.

The sublime Eden Hazard and ever the nuisance Diego Costa also could be handed their starting berths back this time around. Whatever the personnel, we could expect the same intensity going forward given how crucial this match may turn out to be. 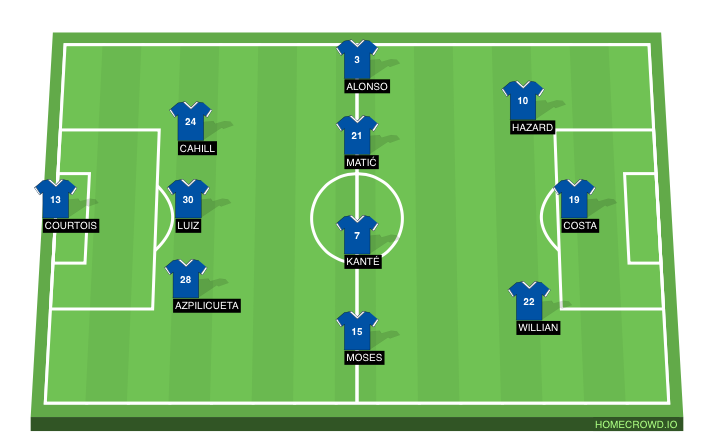 Apart from his long term absentees in Virgil van Dijk, Alex McCarthy, Charlie Austin and Matt Targett, everyone is fit for Puel to pick.

Ahead of the game, Puel was all praise for the Saints’ counterpart for Kante — former Chelsea man Oriol Romeu. He will be key sitting in front of the back four, protecting against the ever-marauding Chelsea wing-backs and midfielders.

Another key man, whom compatriot Conte also praised, would be Manolo Gabbiadini. The Italian had set the Premier League alight before injury halted his progress. He would be key yet again, given the Blues’ tendency to concede goals scored on the counter.

The Saints have nothing to play for in terms of European incentives, and in terms of avoiding the drop. It is perhaps this lack of motivation that the home side will look to exploit. Their season is coming to a close with all their targets more or less achieved.

They will, however, remember the last time they visited the Bridge and stunned the home crowd into silence, pulling off a 3-1 victory. 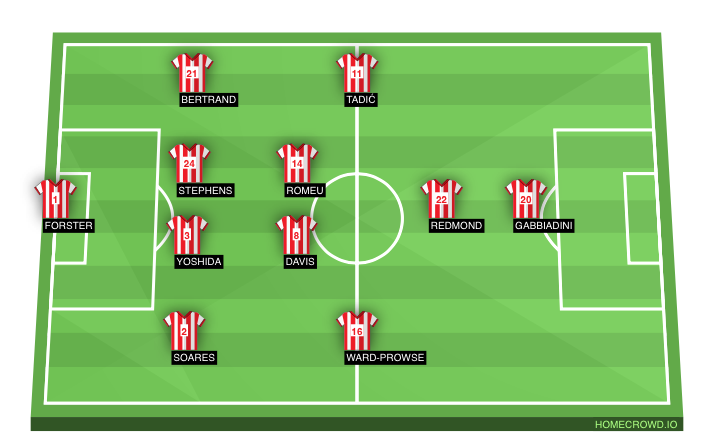 The sheer audacity of Conte dropping him to the bench should be motivation enough for the Belgian to prove his worth to the boss yet again. Not that he needs to, but the former Lille man will be raring to prove the Italian manager wrong again.

With his runs down the left flank, often cutting into the middle, he will be a constant pain in the neck for the Saints defence.

On the day, given the pressure of losing the title to their arch-rivals, should be motivation enough for the Blues to ensure no slip-ups.

We predict an easy 2-0 win for Chelsea.