Spurs head into the game in brilliant form having won all of their last 6 English Premier League fixtures, which included an impressive 4-0 thrashing of Watford last weekend.

Bournemouth have continued their patchy form which has been prevalent all season, having won 2, drawn 3, and lost 1 of their last 6 fixtures – the latest of which was a 3-1 loss to league leaders Chelsea.

The Cherries will have their work cut out for them as Tottenham have yet to be beaten at home in the league this season and given the kind of form Mauricio Pochettino’s men are in, Spurs remain the overwhelming favourites for this tie.

Harry Kane made his first appearance after his injury when he came off the bench against Watford and could return to the starting lineup despite Tottenham’s brilliant form over the last few fixtures, but Michel Vorm remains a doubt with a knee injury.

Cameron Carter-Vickers is also a doubt for the game while Harry Winks and Erik Lamela will not feature again this season. Danny Rose will also definitely miss out on the fixture after picking up an injury but Victor Wanyama could feature after being named on the bench against Watford.

Tottenham’s brilliant form at home this season has been the foundation of their success and all their players seem to be playing to their highest potential at the moment, meaning Mauricio Pochettino will not have to change his game plan too much for this one.

Tottenham will look to attack from the very beginning given Bournemouth’s leaky defense and although the Cherries are always a threat on the attack, Spurs will likely be slightly more careful when attacking given Danny Rose’s absence. 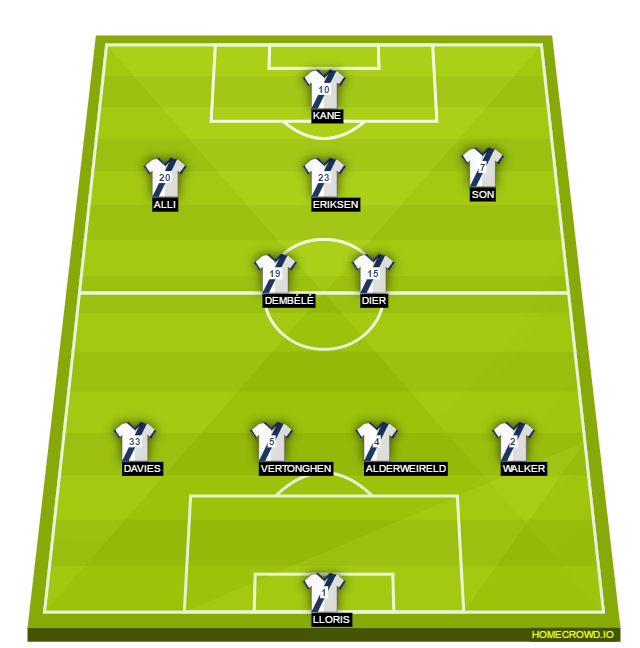 Eddie Howe will be handed a boost by the return of Tyrone Mings, who was serving a five-match suspension following an incident with Zlatan Ibrahimovic. However, Howe may not choose to start Mings given his lengthy absence from the side.

Bournemouth were on a five-match unbeaten run before their loss to Chelsea, however their form was still questionable given the erratic nature of their results. Eddie Howe’s side will have to be at their absolute best if they want to take anything away from White Hart Lane and the Englishman will be well aware of that.

Bournemouth have been impressive on the counter attack this season with Charlie Daniels often bombing forward and they will need to use that aspect of their game in order to counter Spurs’ impressive attacking play.

Joshua King has been in brilliant form lately so Eddie Howe will be looking to give the Norwegian as much service as possible but the Cherries attacking play will need to be on point against Spurs’ well-drilled defense. 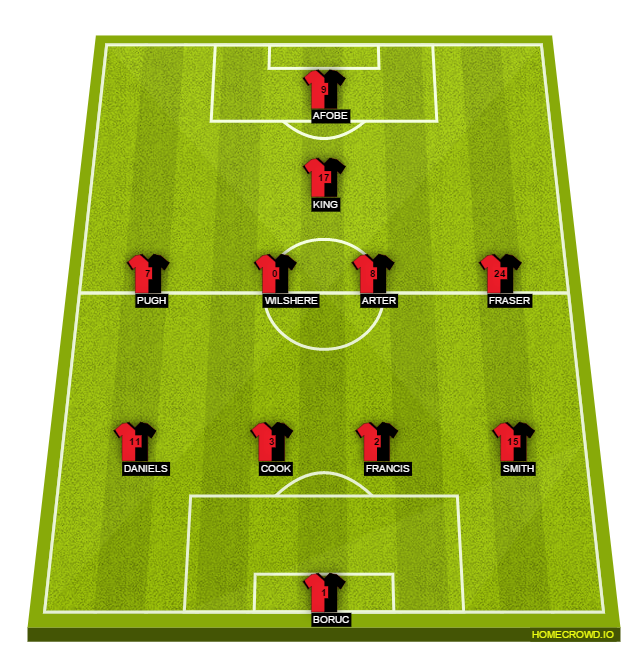 Tottenham’s attacking play means that they will have more than enough in the tank to comfortably see off Bournemouth but the Cherries have caused teams problems at the back and with Joshua King in the form of his life, they will likely be able to snatch a goal.

However, Spurs are simply too good at this point for anything but a victory – especially at home – and the return of Kane could signal yet another impressive victory by a large margin on Saturday at White Hart Lane.