Manchester City face a key test in their bid to finish in the Top 4 as they visit the St. Mary’s Stadium to take on Southampton on Saturday.

We’re right in the thick of the business end of the season as we enter Match Day 33 of the Premier League on the weekend. And Manchester City will look to consolidate their place in the Top 4, when they take the trip down south to face Southampton at the St. Mary’s Stadium on Saturday evening.

Claude Puel’s men come into this match on the back of a closely contested 1-0 win over West Bromwich Albion at the Hawthorns last weekend. Southampton have now lost just one of their last 6 Premier League games, a sequence of results that have lifted them up to ninth in the table on 40 points.

Meanwhile, the visitors finally managed to bounce back to winning ways with a 3-1 win over Hull City at the Etihad Stadium that saw them remain 4th in the Premier League table. That result was their first win in five league games, providing a welcome relief from the pressures of Manchester United.

The reverse fixture at the Etihad ended in a 1-1 draw, as Kelechi Iheanacho cancelled out Nathan Redmond’s opener to take City to the top of the table. Saturday’s match could be yet another hard fought battle between the two sides, and The Hard Tackle takes a closer look at the encounter.

Claude Puel does not have many injury concerns to deal with as Manchester City come visiting on Saturday, with only two major absentees from his squad for Saturday, in addition to two fringe players who are unavailable as well.

Southampton captai Virgil van Dijk will miss the rest of the season after hurting his ankle in January. Star striker Charlie Austin is also out due to a shoulder injury, although he returned to first team training earlier this week.

Goalkeeper Alex McCarthy and left-back Matt Targett are the other two absentees, with the duo sidelined with hamstring injuries. Meanwhile, Manolo Gabbiadini and Steven Davis are two players who could return to action on Saturday, but Oriol Romeu serves the last of his two-match ban.

Davis missed the win over West Brom due to a knock on his ankle, while Gabbiadini has missed the last three matches due to a groin injury. The Italian’s return is key, as he has scored four goals in his four Premier League appearances for Southampton, and he could cause the vulnerable City defence a great deal of problems. 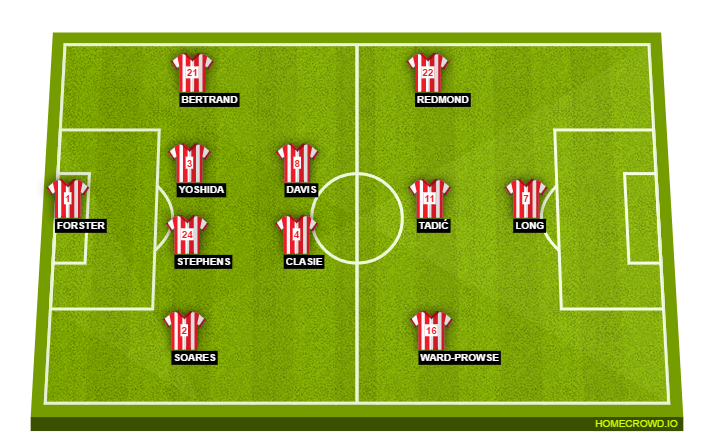 Meanwhile, Puel’s counterpart in the Manchester City dugout, Pep Guardiola does not really have any major fitness issues on his hands, which has enabled him to take his side to the St. Mary’s Stadium with the best possible preparation.

Right-back Bacary Sagna (groin) and Brazilian striker Gabriel Jesus are the only two short-term absentees, and the duo could even make their respective comeback by the end of the month. Meanwhile, Ilkay Gundogan (knee) is a long-term absentee and will not play a part again this month.

Jesus’ absence is not a worry, despite his electric start in England with Sergio Aguero in prolific form currently. The Argentine will be ably supported by the likes of Raheem Sterling, Kevin De Bruyne, David Silva and Leroy Sane, with the City front five as deadly as they come in England.

Guardiola, though, will need to make a big decision regarding the player who starts in goal for his side, with both Claudio Bravo and Willy Caballero disappointing for large parts of the campaign. At the back, John Stone and Aleksandar Kolarov will be tasked with handling the threat posed by the Southampton attack. 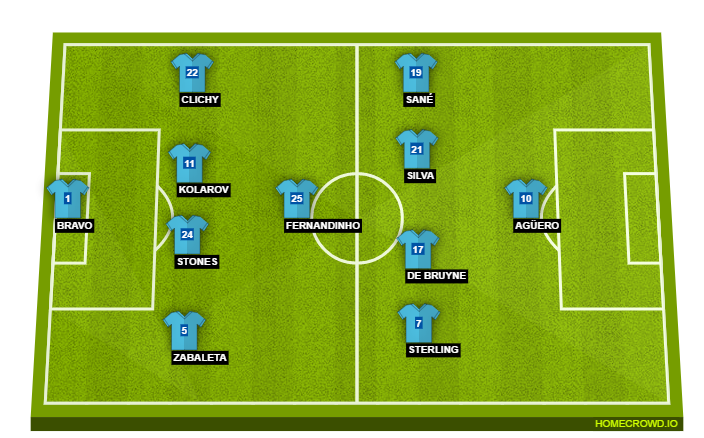 Who will prevail in the battle between Pep Guardiola and Claude Puel on Saturday? (Photo courtesy – Michael Regan/Getty Images)

We’re right in the thick of the climactic period of what has been an enthralling Premier League season. Southampton have embarked on a late charge towards a place in the Top 4, while Manchester City are fighting hard for a place in the Top 4 after faltering in their title charge.

Thus, neither team can afford to drop any points and, more importantly, any momentum in their bid to achieve their objectives for the remainder of the league campaign. Southampton are in the middle of a fine run of form, while City only just returned to winning ways for the first time in more than a month last weekend.

The Southampton defence has had a look of steel in recent weeks, while the City attack is as potent as they come in the English top flight. If recent form is anything to go by, this could be one of the most closely contested affairs this week, with neither side giving the other an inch.

Expect this to be in similar mould as that of the reverse fixture back in October, with City to prevail in the end. The Hard Tackle predicts a hard-fought 2-1 win for Manchester City on Saturday.