Liverpool will come into the game on the back of a disappointing 2-2 draw with Bournemouth in midweek and will need to ensure they learn their lessons from that match, particularly when it comes to defending set pieces.

Stoke are not on the best run of form having suffered defeats on the road to Leicester and Burnley. However, a recent draw against Manchester City is proof that the Potters tend to turn up against the big sides and Liverpool would be wise to take heed of that.

The Reds have had trouble against opposition outside of the top 7 all season and Stoke are one of the trickiest sides to face when they are playing at home. Jurgen Klopp’s side will have to be at the top of their game to come away with 3 points from this match.

Xherdan Shaqiri could return after a two-month injury lay-off, but will face a late fitness test, while the Potters are also hopeful that Jon Walters will be available after missing the defeat to Burnley with a concussion.

Marc Muniesa and Mame Biram Diouf both picked up knocks at Burnley but will also fate late fitness tests. Jack Butland and Stephen Ireland remain long-term absentees but other than that, Mark Hughes does not have any fresh injury concerns from the match against Burnley.

Stoke will be difficult to break down at home and Mark Hughes will be well aware of the problems Liverpool’s attack pose. Despite their injury-ravaged attack, Liverpool are still a threat and Hughes will want to stifle the Reds and ensure that they do not present Klopp’s team with counter-attacking opportunities. 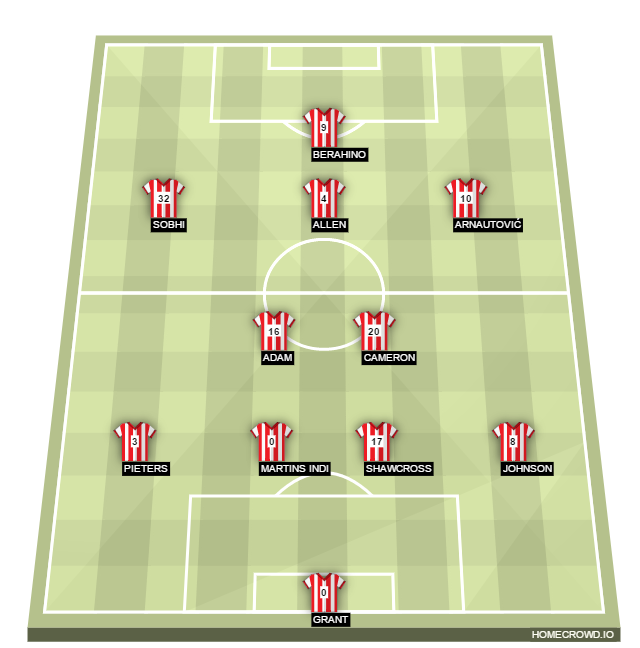 Liverpool’s side are missing several key players and the news could get worse for the Reds. Sadio Mane has been ruled out for an indefinite period while Adam Lallana is still weeks away from fitness.

Philippe Coutinho had to be withdrawn in the second half against Bournemouth after falling ill and should he need to be left out, it could leave Jurgen Klopp desperately short of options for the trip to Stoke.

Jordan Henderson will also miss out but Liverpool fans will be hopeful that Lucas Leiva can put in another impressive shift after putting in a brilliant performance in the Merseyside Derby victory over the weekend.

Jurgen Klopp will have to be wary of Stoke’s potential from set-pieces, particularly after his side looks rattled everytime Bournemouth had a corner or free-kick in midweek. Klopp will also know that Stoke sit back and defend deep when needed but cannot risk throwing forward too many players and risk being hit on the counter.

Liverpool’s poor form against teams outside of the top 7 have made predictions everywhere go awry this season but it is difficult to see Jurgen Klopp’s men change that trend against Stoke, particularly with the loss of several key players.

Stoke are also a resolute side at home and will take a physical approach with Liverpool. Their set-piece quality is also a direct counter to Liverpool’s weakness at defending them, so Liverpool may have yet another disappointing result on the road and drop more points on Saturday night.