Liverpool are coming off the back of an impressive 3-1 victory over local rivals Everton, a win which saw the Reds move into third place – having played one more game than the rest of the teams currently in the top 4, and two more than fifth-placed Manchester United.

Bournemouth have slowly regained some form after going through a poor start to 2017, with Eddie Howe’s side going four games unbeaten in the Premier League throughout March. Howe will be looking to continue Bournemouth’s form against a Liverpool side that lost 4-3 to them in a thrilling encounter back in December.

A win for Liverpool on Wednesday night would go some way to consolidating their position in the top four – especially as Manchester City face a tough task against Chelsea – while a win for Bournemouth could potentially move Eddie Howe’s side back into the top half of the table if results elsewhere go their way.

Liverpool will be without two of their outstanding players this season. Adam Lallana picked up a thigh problem on international duty with England and will miss out, while Sadio Mane’s knee injury against Everton means the brilliant winger will also definitely miss out.

Jordan Henderson is also a sure absentee with a foot injury, but Jurgen Klopp was hopeful that Daniel Sturridge – who returned to training – will be fit for the match, which will provide a big boost to Liverpool given the injuries to Lallana and Mane.

Liverpool will want to ensure that they do not drop points in the manner they did last time against Eddie Howe’s side. The Reds have played their final fixture against a member of the current top 7 for the season, but their issues against the smaller teams are well documented.

However, Klopp will undoubtedly stick to his normal game plan and pile the pressure on Eddie Howe’s side – who themselves have been defensively suspect this season – and hope to push the defence into making mistakes. 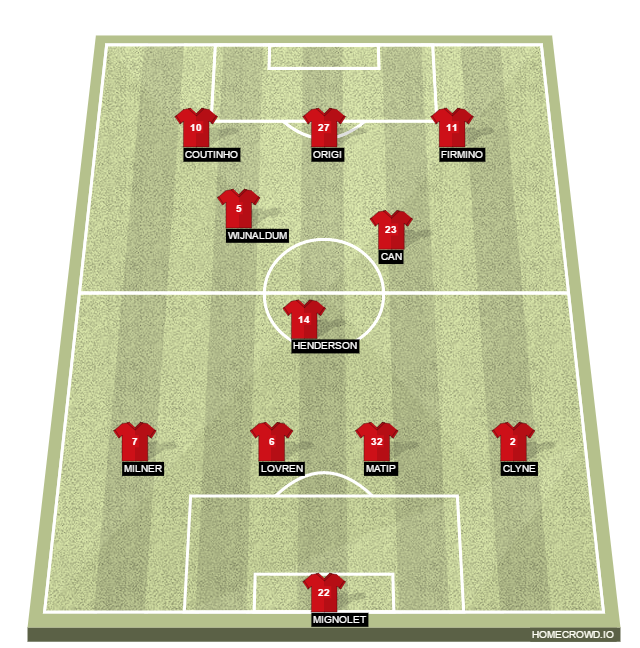 Bournemouth will be also without Andrew Surman for their midweek trip, with the midfielder suffering with a knee ligament problem. Calum Wilson also remains sidelined and will not be available for the Cherries.

Eddie Howe does not have any other fresh injury concerns or suspensions and will definitely be naming a strong side against Liverpool. Bournemouth will be looking to similarly capitalise on Liverpool’s defensive deficiencies, although they will not want a repeat of the nail-biter from December.

Howe will be hoping Josh King can continue his fine 2017 form and the Cherries will be looking to hit Liverpool on the counter, an area where they have been susceptible on several occasions this season. 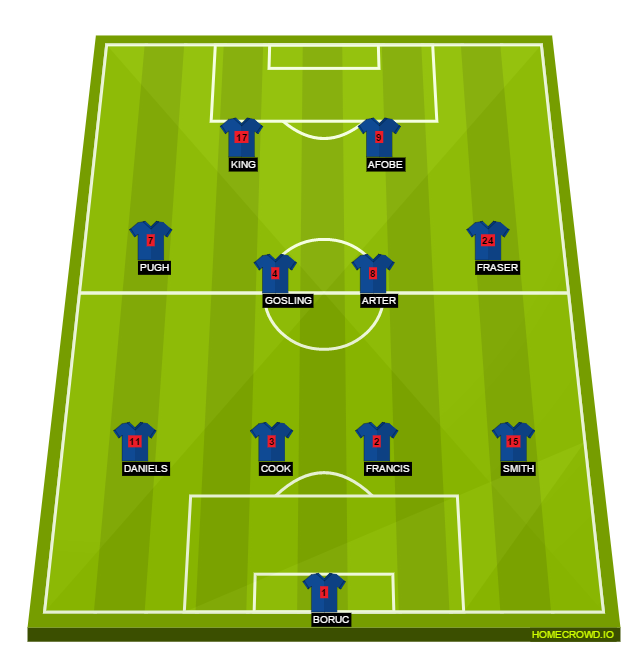 Despite the absence of Adam Lallana and Sadio Mane, Liverpool have shown in the past that they are more than capable of unlocking defences – especially when Philippe Coutinho is on song, something he most definitely was against Everton.

The Reds may still have a tough task ahead of them, however, as Eddie Howe’s side are capable of scoring against the best defences. It might not be a routine victory for Jurgen Klopp’s side, but the Reds should run out the victors on Wednesday night.