It is a must-win match for both teams although it is arguably more important for Arsenal to win this fixture given their atrocious form lately; one that has seen them drop to 6th position in the English Premier League table, a full 7 points behind Manchester City.

Should Arsenal win, they will close the gap to Manchester City to 4 points. Lose, and their top 4 hopes will quickly begin to evaporate and they could even drop out of the top six as Everton are currently tied on points with the Gunners, although they have played two games more than the London side.

For Manchester City, it is an opportunity to tighten their grip on a precious top 4 position and a chance for Guardiola’s side to get over the upset and embarrassment against Monaco in the UEFA Champions League.

Arsenal have lost six out of their last nine matches, including a humiliating 3-1 defeat at West Brom prior to the international break. Man City are in a mixed run of form. Recently eliminated from the Champions League, Pep Guardiola’s side drew 1-1 at Anfield last time out.

Alexis Sanchez faces a late fitness test after facing a 7,000 mile trip following two appearances for Chile during the international break. Lucas Perez will definitely miss out with a thigh strain, while Arsene Wenger confirmed in his pre-match press conference that Santi Cazorla will not play football again this season.

Mesut Ozil featured for Germany off the bench during the international break, which could mean that the German international could feature against Manchester City. Kieran Gibbs is also in contention for a start against Pep Guardiola’s side.

Petr Cech is also definitely out after picking up a calf injury against West Brom, meaning perennial cup goalkeeper David Ospina will finally make his first start in the English Premier League this season.

Arsenal have looked completely out of sorts in recent weeks with both their defence as well as their attack looking limp and their players completely lacking confidence. Wenger will be hoping for something special from his team for this one. 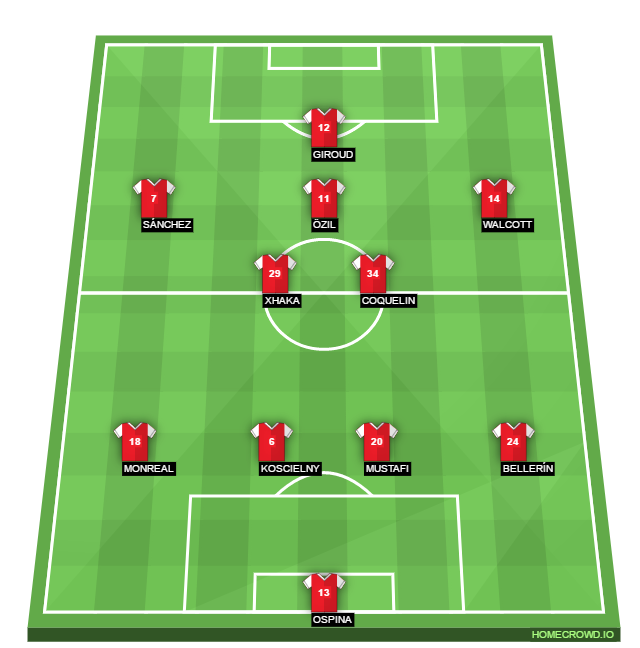 Kevin De Bruyne is a doubt for the trip to the Emirates following a groin injury he picked up on international duty, while Gabriel Jesus remains sidelined with a broken metatarsal that cruelly interrupted his stunning introduction to the Premier League.

lkay Gundogan will not return again for City this season as he continues his rehabilitation from a serious knee injury, while Bacary Sagna is also a doubt for the match having picked up a groin injury.

Despite City’s disappointing exit from the UEFA Champions League to Monaco, Guardiola’s side have looked much better in the last few months and are the favourites going into this fixture given Arsenal’s pathetic form.

The Spaniard will likely instruct his team to force a nervy Arsenal side into mistakes early on while dominating possession as is a trademark for Guardiola sides. 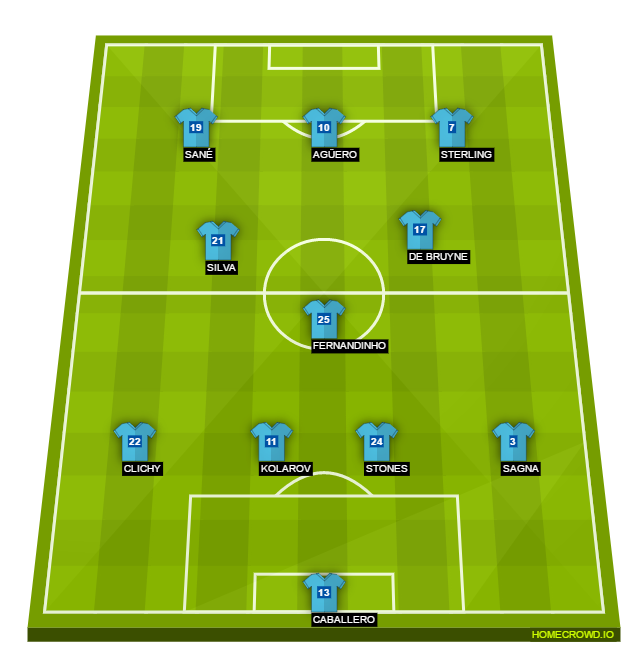 Arsenal’s defence has simply been far too porous and bewilderingly disorganised over the last couple of months and given the attacking prowess of Manchester City, the Gunners are in for a tough time tomorrow night.

Despite this, Alexis Sanchez could once again get on the scoresheet as he has looked like the only player that is remotely threatening over the last few fixtures. Given Manchester City’s propensity to throw players forward, the Gunners could also snatch a goal on the counter using the pace of Theo Walcott.

However, it is difficult to see anything but a Manchester City victory tomorrow and given Wenger’s record against Guardiola – the Frenchman has only beaten the Spaniard twice in 9 matches – Manchester City should be able to heap more misery on the Gunners.