Premier League football returns this weekend following the fortnight-long break for international games. Manchester United return to action on Saturday, looking to continue their charge towards a spot in the top 4, when they host West Bromwich Albion at Old Trafford.

Jose Mourinho’s men come into this match on the back of a hard fought 3-1 win over Middlebrough at the Riverside. Marouane Fellaini, Jesse Lingard and Antonio Valencia netted their first league goals of the season to ensure Manchester United climbed up to fifth in the table.

The visitors, meanwhile, will look to continue from where they left off in their shock 3-1 loss over Arsenal as Chris Dawson was one of the unlikely heroes with a brace, while Hal Robson-Kanu scored the third goal, with Alexis Sanchez grabbing the only goal for the Gunners.

The reverse fixture at the Hawthorns ended in a comfortable 2-0 win for Manchester United as Zlatan Ibrahimovic struck a first-half brace to ensure that three points went the way of Mourinho’s side. The Hard Tackle now takes a closer look at Saturday’s match.

The international break hasn’t been kind to Jose Mourinho, with injury concerns piling up. The Manchester United boss is now set to be without five first-team players due to suspension and fitness issues.

Defence is the worst-hit area, as English central defensive duo Phil Jones and Chris Smalling suffered injuries on international duty. Jones sustained a foot injury in a clash with Smalling that could rule him out for the rest of the season, while Smalling picked up a knee injury that will keep him out for a few weeks.

Meanwhile, Paul Pogba remains sidelined due to a hamstring injury that he picked up against FC Rostov in the Europa League two weeks ago. Ander Herrera and Zlatan Ibrahimovic are the remaining two absentees, as they serve the last match of their respective suspensions.

Marouane Fellaini also suffered a toe injury on international duty with Belgium, but he could be fit to start on Saturday. The only piece good news coming Mourinho’s way is that captain Wayne Rooney is available for selection having recovered from a knee injury, and he could be a surprise selection in midfield if Fellaini isn’t fit.

The match could see the Manchester United manager revert to a back-four, due a serious shortage of defensive players at his disposal, with Eric Bailly and Marcos Rojo likely to combine at the heart of the defence.

The onus will, therefore, be on the likes of Jesse Lingard, Anthony Martial, Henrikh Mkhitaryan and Marcus Rashford in attack to put the ageing West Brom defence under pressure with their directness. 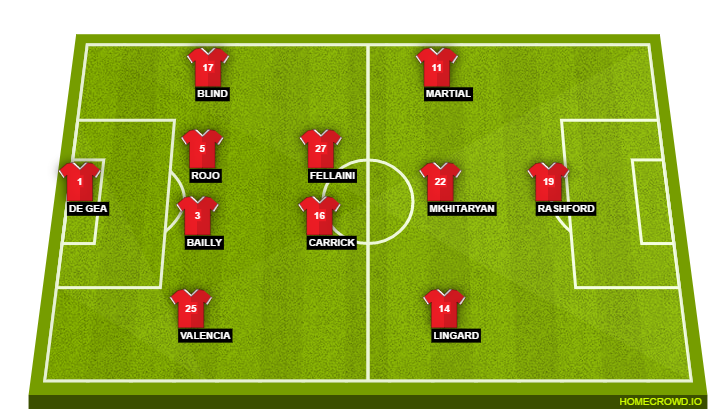 Tony Pulis has a far relaxed injury list on his hands, as compared to his Manchester United counterpart, with only Matt Phillips a certain absentee for the match on Saturday. Other than the Scottish winger, the West Brom boss has three other minor injury concerns.

Midfielder Nacer Chadli is doubtful due to a shoulder injury he sustained while on international duty with Belgium. Gareth McAuley is also a doubt due to a toe injury, but both the players are expected to feature on Saturday.

Salomon Rondon will be assessed ahead of the match, as he returns late from international commitments with Venezuela, with Hal Robson-Kanu pushing for a recall after grabbing a goal in the win over Arsenal two weeks ago.

The focus ahead of the trip to Manchester United will be to get men behind the ball and frustrate the hosts by depriving them of space to create the chances. And as has been the case all through the season, set-piece situations will see West Brom pose the biggest goalscoring threat on Saturday as well. 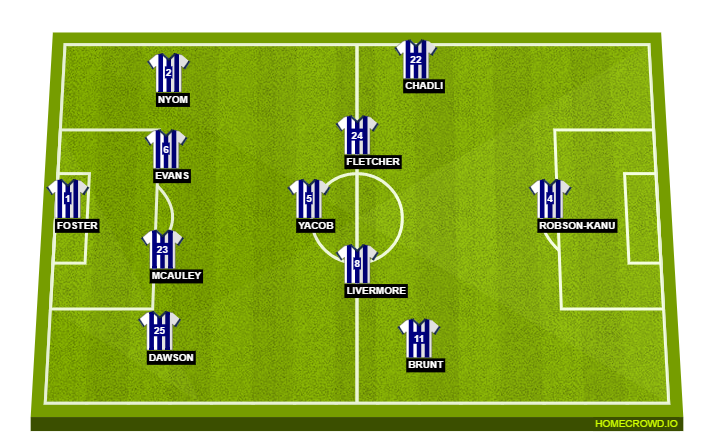 Zlatan Ibrahimovic earned a three-match ban after he struck Tyrone Mings with his elbow in Manchester United’s last home game against Bournemouth. He has subsequently missed matches against Chelsea (in the FA Cup) and Middlesbrough.

Marcus Rashford took up his place as the focal point of the Manchester United attack in both games. But while he had to defend for the bulk of the match against Chelsea, he played a more prominent role in attack on the visit to the Riverside.

The visit of West Brom is probably his last chance to lead the Manchester United attack before Ibrahimovic takes his place in the domestic games. And against an ageing Baggies defence, it is his direct approach that is set to be the biggest threat posed by the hosts.

It has been a while since Rashford netted a goal in the Premier League, having not found the back of the net since netting against Leicester City in September. On Saturday, though, if he can score against Tony Pulis’s side, it can go a long way in helping Manchester United to a place in the top 4, come May.

Ahead of the season, this match would have looked like a straightforward win for Manchester United, but a lot has happened since then, and this is set to be a closely contested affair on Saturday.

Meanwhile, West Brom are well on course to enjoying their best season in the Premier League, as they are just two points adrift of their best ever return. And a stubborn visiting side will look to frustrate Jose Mourinho’s men at home once again.

Manchester United won the reverse fixture quite convincingly, but West Brom are carrying a lot of momentum and confidence into this match. However, we have entered the final stages of the season, and Mourinho’s men are sure to give it their all in order to overcome the visitors.

The Hard Tackle predicts a hard fought 2-1 win for the hosts.