Italy and Spain look set for a tight battle for the top position in the group G. Both sides have ten points each after the opening four rounds of the competition and it seems very likely that the head-to-head match in Spain will determine which side tops the group.

The Italians sit in second place in the group level on points with leaders Spain, who have a superior goal difference – while Albania lie in fourth with six points. The hosts will be the overwhelming favourites for this match but Albania will definitely be looking to cause an upset in Palermo.

Italy are unbeaten in five matches since September and will be looking for a win on Friday. In their last qualifying match, the Italians beat Liechtenstein 4-0, and they will want a similar scoreline in this encounter to improve their goal difference.

Albania have lost their last two qualifiers 2-0 and 3-0, so it is likely that the Italians will get their wish, although the fact that Albania are playing away from home could mean that they look to completely stifle the hosts.

Italy coach Juan Piero Ventura is expected to make a lot of changes to his side from the match against Liechtenstein due to both injuries as well as the impressive form of a few players since the last fixture.

Juventus pair Claudio Marchisio and Giorgio Chiellini have been left out of the squad, while Ventura has called up the likes of Inter Milan defender Danilo D’Ambrosio, Atalanta defender Leonardo Spinazzola and Bologna winger Simone Verdi.

The Italy coach was also forced to call up Atalanta striker Andrea Petagna after Southampton’s Manolo Gabbiadini – who has been hugely impressive since his move to England – was injured in the match against Tottenham.

Italy are playing at home so expect them to go on the attack right from the start. The Azzurri will also be looking to score as many goals as they can in a hotly contested race for top spot, so there is no doubt Ventura will want his team to constantly attack and heap the pressure on Albania. 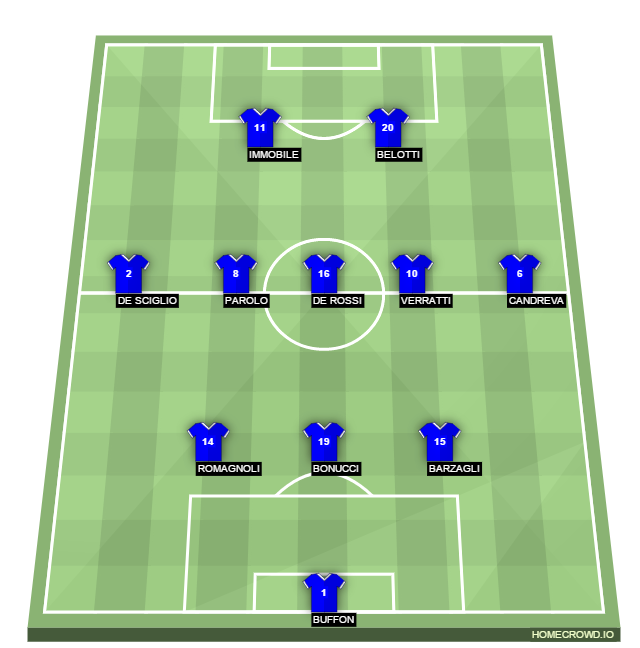 Albania’s Italian manager Gianni de Biasi will be without suspended duo Etrit Berisha and Berat Djimsiti after the two were sent off in Albania’s 3-0 defeat to Israel during their last fixture.

Djimsiti had already been sent off for a professional foul while Berisha headbutted Eran Zahavi to earn himself a red card too, and the goalkeeper is likely to be replaced by Alban Hoxha for the fixture against the Azzurri.

Centre-back Mergim Mavraj is out injured  meaning two Italian-based centre-backs could feature – Torino’s Arlind Ajeti and Empoli’s Freddie Veseli. Napoli full-back Elseid Hysaj is another Albanian defender who plays in Italy and he will be one of the key men for Albania tomorrow night.

Biasi’s side have been poor in the qualifiers and will be looking to rectify some of the damage with a good performance against Italy tomorrow night. Expect his side to sit deep and defend and attempt to pounce on the Azzurri with quick counter-attacks. 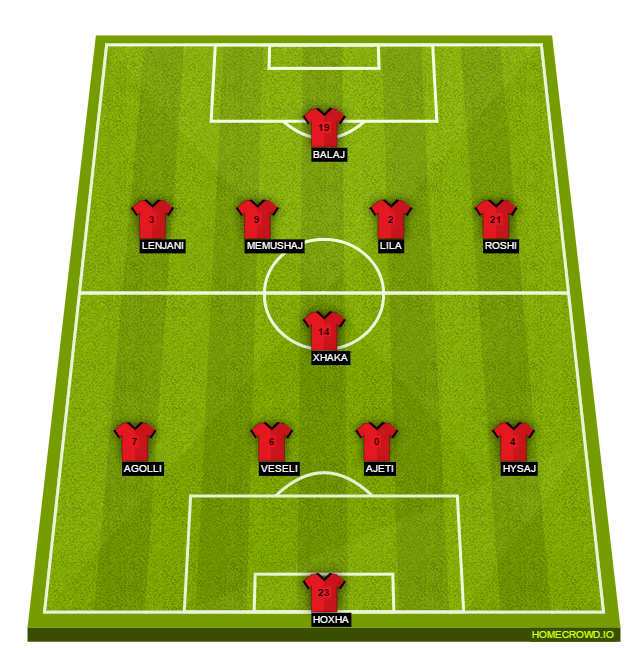 Despite the injuries and the fact that Ventura is expected to ring the changes tomorrow night, Italy will simply have too much quality for an Albania side that has been disappointing during this campaign.

Italy will also be looking to score as many goals as they possibly can meaning they will not let up on the Albanians even if they are comfortably winning the match. This match shouldn’t throw up any surprises.