The Reds have had a terrible start to 2017, winning only 2 matches since the turn of the year – one of those against League Two side Plymouth Argyle. Their form is a huge concern for Jurgen Klopp, who will be hoping for a win so that the Reds can restart their push for a Champions League spot.

Arsenal have also endured a torrid time over the last few weeks, seeing their title hopes all but ended with a devastating 3-1 loss to Chelsea at Stamford Bridge and then being humiliated in the UEFA Champions League by Bayern Munich at the Allianz Arena.

Both teams need a win, as a loss for either will deal a huge blow to their Champions League qualifying hopes and could have far-reaching consequences for the clubs. In a season where the Top 4 positions are being contested heavily, neither team can afford a slip-up at this stage of the league.

Jordan Henderson is a major doubt for the fixture after picking up an injury in training and was also missing as the Reds crashed to 3-1 defeat against Leicester City at the King Power Stadium last week.

One positive for Liverpool going into the game is that fears over Dejan Lovren missing out may have been premature, as the Croatian has recovered and is expected to start in defense alongside Joel Matip.

Daniel Sturridge also missed out against Leicester through illness but is expected to return to the side after recovering, although he will likely be on the bench as Klopp opts for his preferred starting XI.

Klopp will be hoping to take advantage of Arsenal’s current lack of confidence and given that the Gunners look nervy at the start of fixtures like this, he will likely instruct his team to heap pressure on them right from the start.

Liverpool must ensure that their defensive issues do not expose them once more, however, as Alexis Sanchez has started scoring goals once more. The Reds will be looking to keep the ball and force errors from Arsenal as they look to come away with a positive result at Anfield. 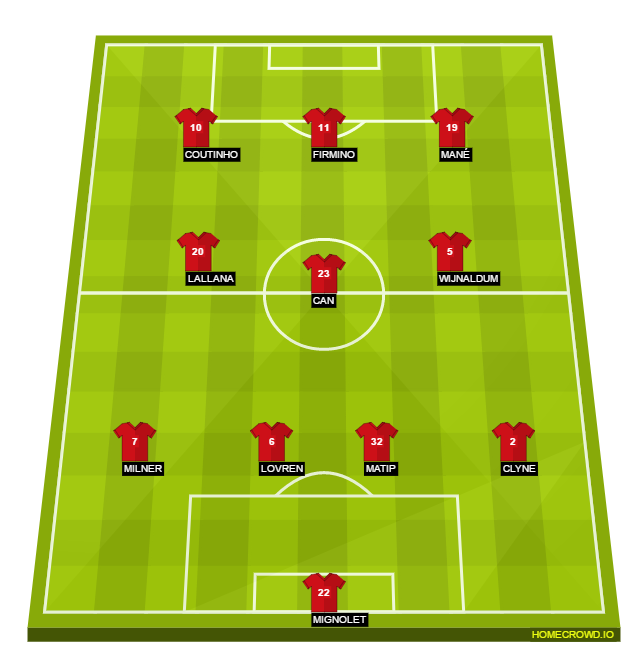 Aaron Ramsey is now fully fit after recovering from his calf muscle problem, but given the magnitude of the fixture and the fact that he has not played in a month, it seems unlikely that Arsene Wenger will start the Welshman in midfield.

Laurent Koscielny and Mesut Ozil were both doubts for the match but are expected to be available after recovering from their respective injuries. Ozil has been criticised heavily of late for his performances but will definitely start the match if fit.

Santi Cazorla remains sidelined with an unknown return date after suffering several setbacks to his ankle injury, while Danny Welbeck will also be available after sitting out the matches against Bayern Munich and Sutton United.

Arsenal will have to ensure that they do not capitulate at the start like they did against Chelsea and Bayern Munich and definitely cannot afford a poor showing like the one they put in during the defeat to Liverpool at the Emirates on the opening day of the season. 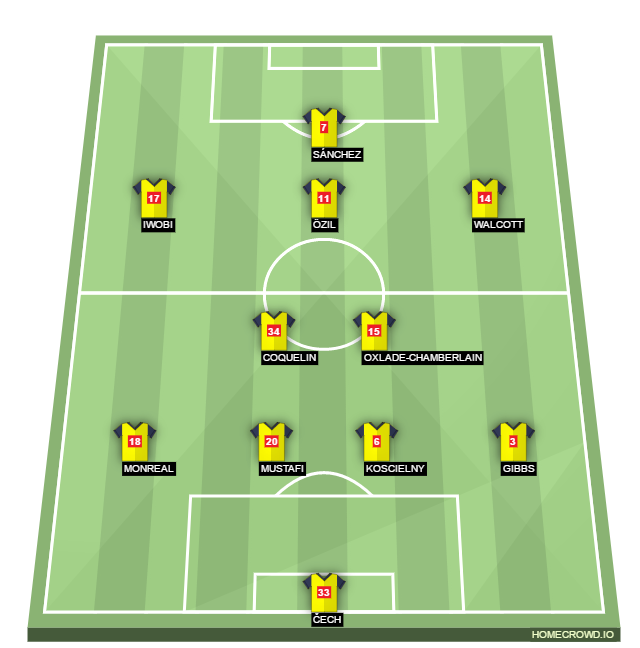 Despite the goal fests that usually ensue when these two sides meet, both teams currently look slightly toothless in attack and bereft of confidence. They will both be wary of the other’s potential to hit them on the counter, but Liverpool will definitely be the more adventurous of the two.

It is a massive fixture that could have huge repercussions for both sides and their respective managers will know it. Despite this, Arsenal’s terrible performances in the big games coupled with Liverpool’s impressive performances in such games makes the Reds the overwhelming favourites for this tie.