Luis Enrique’s side are only one point behind Real Madrid in the La Liga at this stage after a disappointing start to the campaign, but Los Blancos have a game in hand. However, the title race is heating up and the Blaugranes have a chance to pile more pressure onto Zinedine Zidane’s side.

Sporting Gijon are locked in a battle for survival and are stuck in the relegation zone after 24 games.  Barca thrashed their opponents when they travelled to El Molinon last September, winning 5-0 and completely dominating Rubi’s side.

Sporting look like favourites for relegation and have won only four league games this season. They have also conceded  48 goals in the La Liga this season, so it seems likely that Barca’s potent attack will run riot at the Camp Nou once more.

Jeremy Mathieu will definitely miss out after suffering a ligament injury, while Aleix Vidal is also out for the rest of the season after his horror injury earlier this year. Other than that, Luis Enrique does not have any fresh injury concerns going into this game.

Barcelona still looked like they were reeling from the thrashing they received at the hands of Paris Saint-Germain two weeks ago, and have not looked at their best at all since their loss in the UEFA Champions League.

Luis Enrique’s side had to rely on a last minute penalty against Leganes to win by a narrow 2-1 margin, and while they did manage to beat Atletico Madrid 2-1, the Catalans did not look particularly fluid at all.

Tomorrow night will represent a great chance for Enrique’s side to build some much-needed momentum, as Gijon’s defence has been awful this season. Enrique is expected to name a full strength side as he looks to take no chances. 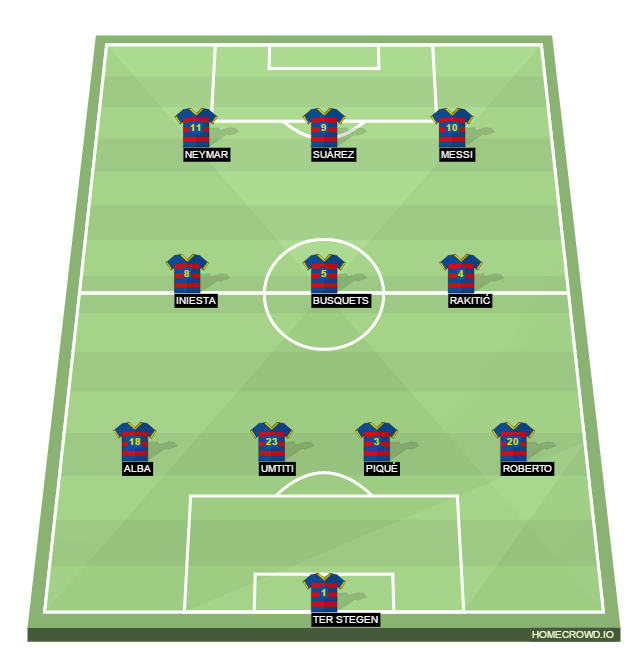 Jorge Mere will miss out on the game against Barcelona as he is suspended for the away side after being shown a straight red during their last fixture against Celta Vigo. Jean-Sylvain Babin (muscular problem) and Dani Ndidi (Hamstring) are also major doubts for the match.

Lacina Traore will likely start up front for Gijon once more although there is a small chance Carlos Castro could replace him. Burgui and Moi Gomez will also likely be risked up front despite Gijon’s important game against Deportivo La Coruna coming up.

Gijon have been one of the worst sides in the La Liga this season and have not managed to string any kind of form together whatsoever. The side have only won 1 game in their last 10 matches across all competitions, and have lost 7 of those fixtures.

Sporting will have to be at their defensive best as Barcelona will be absolutely ruthless, but unless their manager Rubi pulls off a tactical masterclass their side is going to find it very hard to contend with Barcelona’s quality. 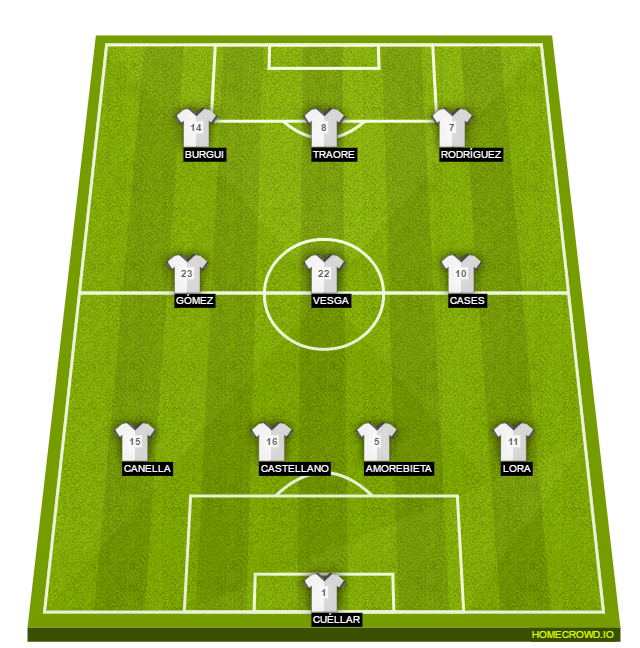 Sporting Gijon’s defence has simply been far too porous for them to stand any chance of winning this fixture. The injuries and suspensions to key defenders also means that they will have to play without their first choice pairing at the Camp Nou tomorrow night.

While Barcelona are still struggling a little, they should have no problem blowing Rubi’s side away tomorrow night. Enrique will not want to take chances and the Barcelona players will want to prove their doubters wrong tomorrow and are likely to run riot on Sporting Gijon.