Real Madrid will look to create a four-point gap at the top of the La Liga table as they visit the Mestalla Stadium to take on Valencia on Wednesday night.

Real Madrid will look to continue their recent winning momentum when they take on Valencia at the Mestalla Stadium on Wednesday. The clash is one of the two games that Los Blancos have in hand on their rivals, and gives them the chance to create a crucial four-point lead atop the La Liga table.

The hosts come into this match on the back a critical 2-0 win over Europe-chasing Athletic Bilbao, their first in four, thanks to Simone Zaza’s first goal for his new side. Voro’s side is now seven points clear of the drop zone, and he would be hoping to remain as far away from the bottom three as possible.

Real Madrid, on the other hand, enter this game on the back of a two-goal win of their own, as they comfortably beat Espanyol 2-0 at the Santiago Bernabeu on Saturday. The match marked the return of Gareth Bale as he came off the bench to score the winning goal in his first match in nearly three months.

The match was originally scheduled to be played in December, but had to be rearranged due to Real Madrid participating in the Club World Cup. The Hard Tackle takes a closer look at the midweek clash as Real Madrid visit Valencia to continue their winning run.

Voro’s job of handing a shock loss to Real Madrid will not be easy by any stretch as the Valencia boss has two key figures out, with two other important players heavily doubtful and likely to miss the visit of Zinedine Zidane’s side on Wednesday.

Striker Rodrigo is absent due to an ankle injury, while winger Santi Mina is recovering from a hamstring problem. The duo are likely to be missing in action for a long time with their respective issues. Meanwhile, fullbacks Martin Montoya and Jose Gaya are heavy doubts and likely to be unavailable.

In Montoya and Gaya’s absence, though, Voro has Joao Cancelo and Guilherme Siqueira, with the duo expected to start on Wednesday. However, the absences of Mina and Rodrigo will be felt dearly as they have proven themselves to be the vital cogs in attack for Valencia.

The onus will now be on Nani and Munir in attack to create the opportunities for Zaza, while Eliaquim Mangala and Ezequiel Garay, alongside Cancelo and Siqueira will be tasked with keeping the dangerous Real Madrid attack quiet on the night. 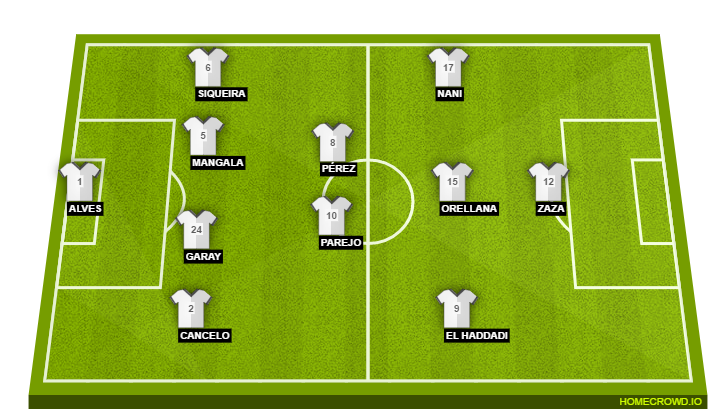 Zinedine Zidane’s problems with regards to the team news are slowly easing out as the Real Madrid boss has no new injury concerns to deal with ahead of the visit to the Mestalla Stadium on Wednesday. Left-back Fabio Coentrao (muscular injury) and right-back Danilo (leg) remain the only absentees for the away trip.

Gareth Bale was the last of the players off the treatment table for Real Madrid as he returned to action for the first time in almost three months on the weekend. He showed no signs of rustiness resulting from a prolonged rehabilitation of his ankle injury as he scored the winning goal for his side, having come on from the bench.

However, Zidane has iterated time and again that Bale will not be rushed into action with a recurrence of his ankle injury not being an eventuality the Frenchman is ready to deal with anytime soon. Thus, it is likely that Bale will start on the bench again on Wednesday.

However, Karim Benzema and Luka Modric should return straight back into the starting eleven after the duo were given a rest as Real Madrid hosted Espanyol last weekend. Expect Zidane to start with all of his first choice players apart from Bale on Wednesday. 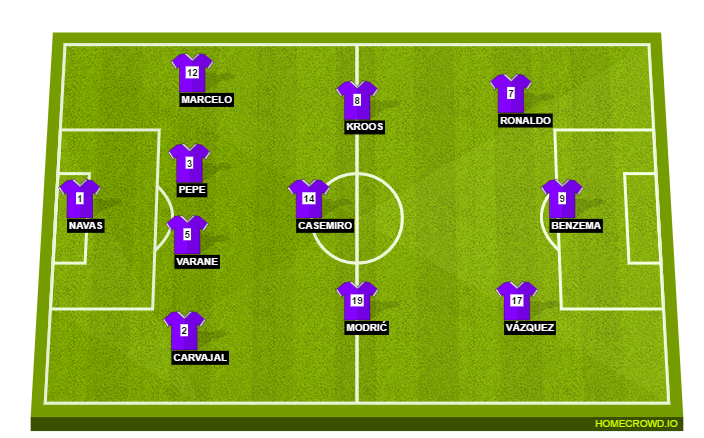 Real Madrid are slowly inching back to their dominating best, with the lull in January seeming nothing short of a bad memory. Zinedine Zidane’s side have won the four games since bowing out of the Copa Del Rey at the hands of Celta Vigo.

The return of Gareth Bale only makes matters better for the Real Madrid boss, and as he slowly starts getting eased into the side, Zidane is set to have another attacking player who can help Los Blancos become the attacking force that is feared by most oppositions.

Valencia, on the other hand, have picked up form in recent weeks and have won four games in six. Voro is starting to weave his magic and it looks highly likely that they will end the season on a high.

However, the visit of Real Madrid is as tough as it comes for Valencia and Joro, and anything but a Real Madrid win will be a huge shock. We predict another comfortable outing for Zidane’s side, with Real Madrid winning it by two goals.