Real Madrid will look to extend their lead at the top of the table when they host Espanyol at the Santiago Bernabeu on Saturday.

Real Madrid return to league action on Saturday and they will be hosting Quique Sanchez Flores’ Espanyol at the Santiago Bernabeu. With Barcelona playing a day later, Zinedine Zidane’s will have the opportunity to extend their lead at the top of the La Liga table.

The hosts come into this match on the back of a come-from-behind 3-1 win over Napoli in the Champions League Round of 16 first leg encounter. The result leaves things in the balance heading into the return leg next month.

Meanwhile, the visitors weren’t involved in any midweek action. Their fixture, though, saw Los Periquitos go down 2-1 to Real Sociedad at home, with their visitors moving up to fourth in the table with that result.

The reverse fixture saw Real Madrid beat Espanyol 2-0 as goals from James Rodriguez and Karim Benzema saw Los Blancos continue their unbeaten start to the season. The Hard Tackle takes a closer look at the return tie as Real Madrid aim to keep up their recent winning momentum.

Zinedine Zidane’s problems are decreasing by the day with the Real Madrid boss missing just two players from his squad due to injury problems. Captain Sergio Ramos is doubtful due to a hip problem, while Danilo will be missing for some time due to an ankle injury.

In Ramos’ absence, Pepe and Raphael Varane are expected to start in the heart of the Real Madrid defence, while Dani Carvajal will continue to play as the right-back in Danilo’s stead.

However, the biggest piece of news for Zidane is that explosive forward Gareth Bale is finally back in the first team fold and is fit to be included for Saturday’s visit of Espanyol. The Welshman had been missing since he sustained an ankle injury in a Champions League game against Sporting Lisbon.

Bale returned to full training earlier this month after recuperating completely from the ankle surgery and is now set to get back on the field. However, he is unlikely to start on Saturday, with Zidane making it clear that he will slowly ease Bale back into his side. 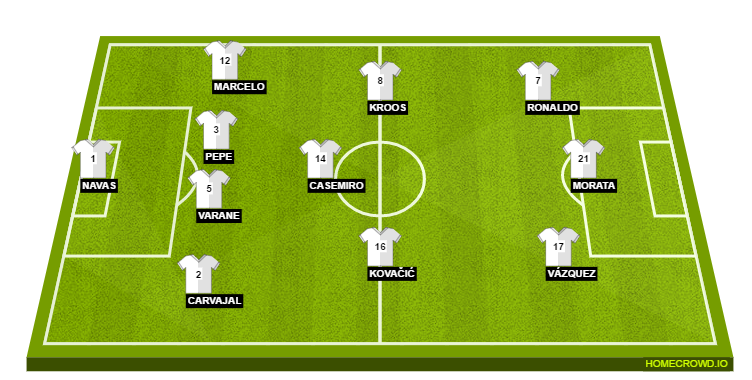 Espanyol’s form has been up and down this season and that can be reflected from their position in the table, with the club neither competing for a place in Europe nor close to relegation. And what looked like an uphill task for Quique Sanchez Flores is set to become quite the sizable one, with as many as 6 players out with injuries.

The problems begin right at the back, with Javi Lopez and Marc Navarro out with muscular problem and hamstring injury respectively. In midfield, Victor Sanchez (muscle injury) is absent, while Pablo Piatti (head) and Leo Baptistao (heel) are unavailable as well.

Javi Fuego and Jose Antonio Reyes will face fitness tests before the match and are currently doubtful. But the duo is expected to shrug off their knocks in time for Saturday and are expected to start against Real Madrid. 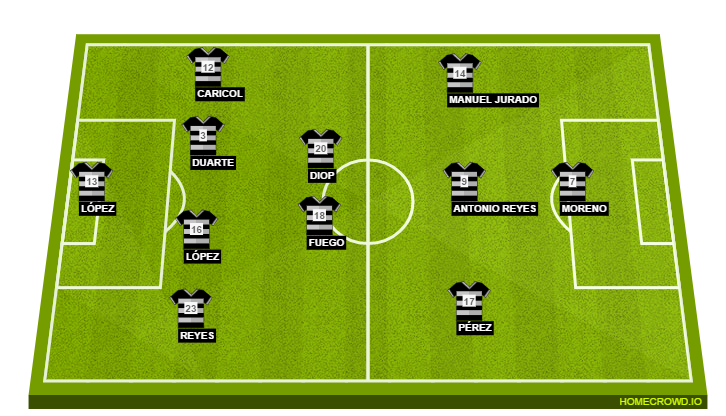 Real Madrid slowly seem to be finding their feet again after an average January that saw Los Blancos finally lose a game this season. The first defeat was quickly followed up with another one right away as Real Madrid also ended up being eliminated from the Copa Del Rey at the hands of Celta Vigo.

However, they have won their three subsequent games and are starting to rediscover their ruthless streak. The visit of Espanyol represents an opportunity for Real Madrid to continue their recent momentum and extend their lead at the top of the table.

Recent results show that Real Madrid love playing against Espanyol, with their last defeat to Los Periquitos coming more than 20 years ago. As they continue to pick up form, Zidane’s men will definitely be fancying their chances on Saturday. We predict a straightforward 2-0 win for Real Madrid.