Manchester United host Wigan Athletic in the fourth round of the FA Cup on Sunday, looking to get one step closer to successfully defending their title.

A place in the Last 16 will be on the line when Manchester United play hosts to Championship side Wigan Athletic at Old Trafford on Sunday. The match also marks the return of Warren Joyce to the club for the first time since leaving the reigns of the reserve side to take up the Wigan job in November.

The hosts come into this match having experienced the taste of defeat for the first time in all competitions since November 3, as they lost 2-1 at Hull City in the second leg of the EFL Cup semifinal on Thursday.

Wigan, on the other hand, have picked up form in January, and have now won three games in a row in all competitions, but their dreadful early season form means that the Latics still lie perilously close to the relegation zone, only ahead of Burton Albion and Blackburn Rovers on goal difference.

Jose Mourinho doesn’t have any injury concerns whatsoever to deal with, with Luke Shaw the last of the players to get off the treatment table last week. Eric Bailly may be the only player unavailable but the centre-back is set to rejoin the squad soon following Ivory Coast’s elimination from the Africa Cup of Nations.

Jose Mourinho, however, did indicate that despite having a near full strength squad at his disposal he is set to make a few rotations to the starting eleven. The changes start right at the back, with David De Gea given a few days off, meaning Sergio Romero is set to start another cup game in goal.

The Manchester United boss also said that Anthony Martial will start on Sunday, after the Frenchman was excluded from the last two matchday squads. Meanwhile, Luke Shaw has also been challenged by the Portuguese to earn his place following his comeback from injury, and the young left-back is also likely to start in defence.

Apart from the three changes, Mourinho also indicated that he will start with a strong side despite being scheduled to play Hull City again in three days’ time. So, the likes of Ander Herrera, Chris Smalling and Henrikh Mkhitaryan are all expected to start on Sunday. 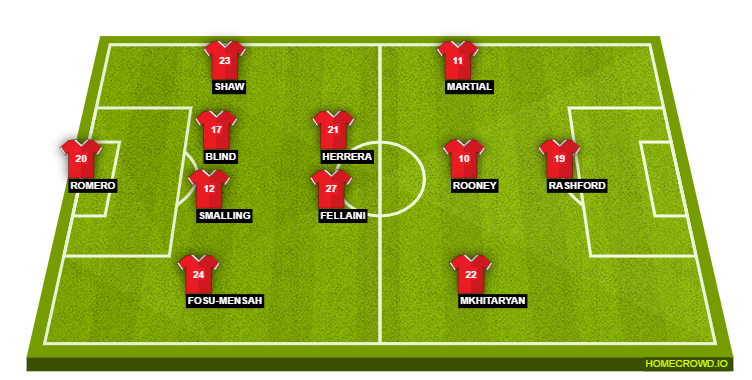 The visiting manager Warren Joyce has a few injury troubles to deal with upon his return to Manchester United on Sunday. The one confirmed absentee is new signing Jamie Hanson, who is cup-tied having already represented Derby County in the FA Cup this season.

Former Manchester United players Nick Powell and Reece James, along with David Perkins, Alex Gibney and Andy Kellett are all doubtful, as they battle with fitness issues, and the game on Sunday may come too early for all five of them.

Defender Craig Morgan could make the bench after recovering from a groin injury. However, Joyce would be sweating over the fitness of Yanic Wildschut, with the winger missing the win over Brentford last weekend.

The injury troubles notwithstanding, the Wigan boss is set to start with a team that will be organised in defence and quick and exciting in attack, and they will look to frustrate their more illustrious hosts. 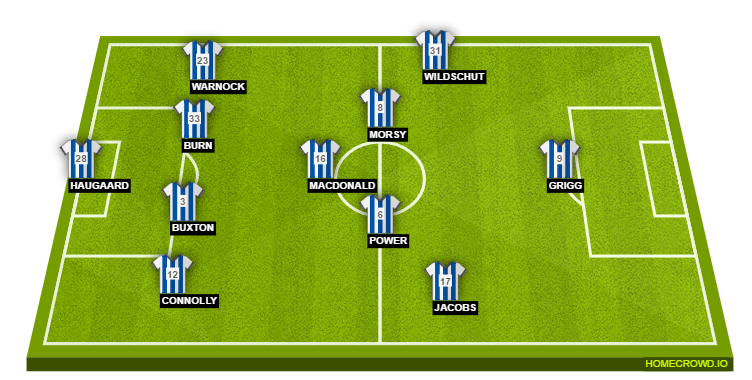 On paper, this match potentially looks to be a one-sided affair. The gulf in talent between the Manchester United and Wigan Athletic squads is massive and anything but a comfortable stroll into the fifth round of the FA Cup for the Red Devils looks highly unlikely.

However, recent form might suggest that it could also be slightly closer contest on the field. Manchester United have dropped form in the last two weeks, with two draws and a loss snapping the momentum built during the winning run.

Wigan, on the other hand, have only lost once in January, and have won their last three games meaning that they are running into form at the right time.

However, the talent on display from Manchester United should ensure a relatively comfortable win for Jose Mourinho’s side. We predict a 3-0 win for the Red Devils.