The Reds were beaten 1-0 at St Mary’s earlier this month after a disappointing performance and will definitely need to put in a much better showing if they want to beat Southampton tomorrow night. Jurgen Klopp’s men were lucky to lose 1-0 after a limp display on that occasion and the German will definitely have his side fired up for this one.

Liverpool are in the midst of a slight crisis of form and have only won one game in 2017, with that win coming against League Two side Plymouth Argyle. Their early form was brilliant but their form over the last few weeks has seen them drop to 4th place in the league.

Southampton, meanwhile, will go into this tie with the advantage thanks to a Nathan Redmond goal in the home fixture. Claude Puel’s men are still finding their feet, however, and have only won 1 and lost 4 of their last 5 English Premier League fixtures.

They have been in good form in the domestic cups, however, having knocked Arsenal out of the EFL Cup and beating Norwich City last week to advance to the fourth round of the FA Cup, where they will face Arsenal once more.

Jurgen Klopp will definitely field the strongest side he has available as Liverpool cannot afford another slip up. Joel Matip is available for selection after FIFA deemed him eligible to play and will almost certainly take part in tomorrow night’s fixture. The defender played 60 minutes for the U23s over the weekend and Klopp will definitely be looking to get him back up to speed.

Nathaniel Clyne only recently returned to action for Liverpool over the weekend after struggling with an abdominal injury, and the ex-Saints man could be rested to ensure he is not overplayed so soon after a return. Jordan Henderson is also still dealing with a heel problem, but will likely be a part of the side.

Philippe Coutinho, Adam Lallana and Roberto Firmino are set to make up the front three, with Emre Can retaining his place in midfield despite not looking his best in recent weeks. Liverpool’s midfield has looked slightly underwhelming over the last few fixtures but with Sadio Mane still at the African Cup of Nations, Klopp has to tinker with his side.

Klopp didn’t say which of his goalkeepers would start this game, but it appears that Simon Mignolet will keep his place for now. The duo might have more competition to contend with sooner rather than later, given Liverpool’s reported interest in Burnley’s Tom Heaton.

Klopp has approached every game this season the same way – intense pressing, non-stop high-intensity attacks and not allowing the opponent to breathe. He will definitely be looking to attack Southampton in the same manner, especially considering Liverpool have a 1 goal deficit going into the second leg. 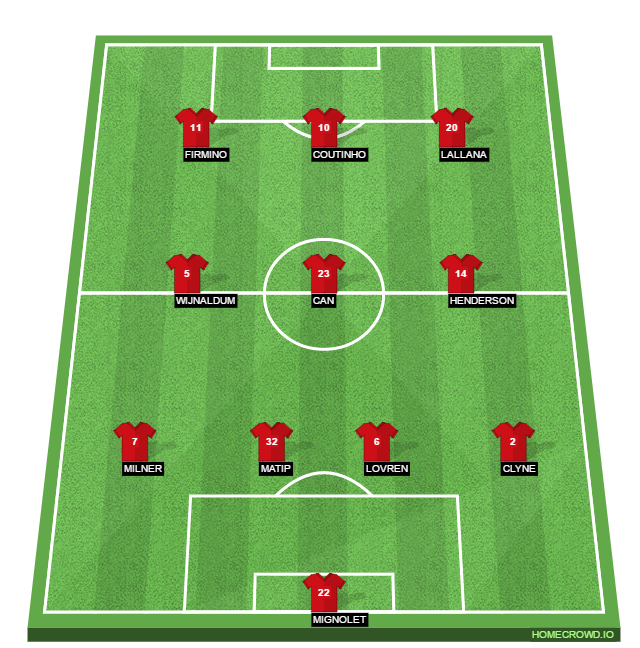 Virgil van Dijk is the main fear for Southampton after the defender limped off during their win over Leicester on Sunday. With Jose Fonte completing a move to West Ham, the Saints will be short of options in the centre-back department if he is ruled out.

Claude Puel was unsure of van Dijk’s availability for the tie but did hint at a start for 22-year old Jack Stephens who he felt had what it takes to deputise for the Dutchman. “He has the quality and I have full confidence with Jack. He’s a good defender, he’s intelligent, he can anticipate the action. [He is] very good technically,” he said, according to Sky Sports.

Steven Davis is also a doubt for the game while Sofiane Boufal, Matt Targett and Charlie Austin will definitely miss out. James Ward-Prowse will likely start in midfield once more after putting in a very impressive performance against Leicester City.

Southampton will likely look to tighten up at the back and not afford Liverpool too many opportunities as even a draw will do for the Saints. Should van Dijk miss out, Puel is likely to keep his team compact and not allow Liverpool too many counter-attacks while keeping the defence tight and closing up the spaces. 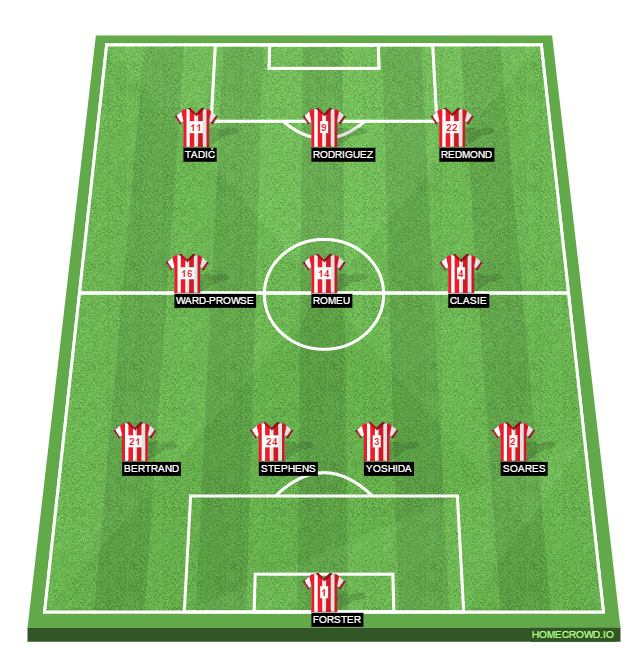 Liverpool’s problems over the last few games have not been scoring goals but defending. With the return of Joel Matip, they should be able to address that problem to some extent. Southampton may have the a tight defense in the EFL Cup but if Virgil van Dijk misses out on the game that could easily change.

Bitterly disappointed and looking to prove a point. (Photo by ANTHONY DEVLIN/AFP/Getty Images)

Klopp admitted that the team had a “long meeting” after the defeat to Swansea over the weekend and there is no doubt his side will be completely fired up for this game. That should be enough for the Merseysiders to progress to the next round of the EFL Cup.