Real Madrid head to the Ramon Sanchez Pizjuan Stadium for the second time in four days to face Sevilla, as they shift their focus back to La Liga.

It’s Match Day 18 in La Liga, and Real Madrid have the chance to maintain their five point gap on fierce rivals Barcelona, at the Ramon Sanchez Pizjuan Stadium, three days after their trip to Seville for the Copa Del Rey Last 16 second leg encounter.

That match on Thursday night saw Real Madrid leave it very late to ensure that their incredible unbeaten run continued, as they came from two goals down in the last 13 minutes to draw 3-3, with Karim Benzema scoring in the dying stages of the match to level the scores.

Title rivals Barcelona won their match against Las Palmas on Saturday evening to leapfrog Sevilla and cut the gap on Real Madrid to two points. Zinedine Zidane’s men need to win in order to re-establish their five-point lead at the top of the La Liga table.

The Hard Tackle takes a closer look at what promises to be a tricky challenge for Los Blancos on Sunday night.

Jorge Sampaoli has a few injury concerns to deal with, with Carlos Fernandez (ACL), Daniel Carrico (muscle injury) and Joaquin Correa (ankle) all out with mid-to-long term injuries. Meanwhile, Michael Krohn-Dehli and Benoit Tremoulinas (both knee) are back in training and are regaining match fitness.

The Sevilla boss is also expected to reinstate midfield mainstays Steven N’Zonzi and Franco Vazquez, as well as on-loan attacker Samir Nasri back into the lineup, after the trio were rested for the midweek Copa Del Rey encounter. Another on-loan attacker, Stevan Jovetic, could make an appearance as well.

Sampaoli will set his side up to go all out to get the win, and pile on the pressure on Real Madrid. The former Chile coach will look to bring forth the attacking swagger that has taken the Spanish league by storm, and a performance similar to the 4-0 win over Real Sociedad at the Anoeta Stadium could be on the cards. 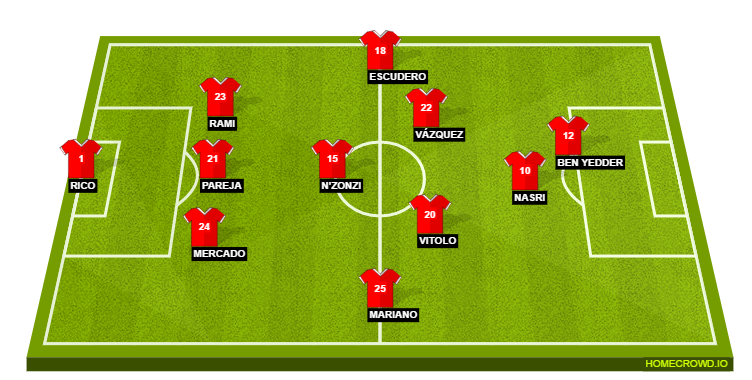 Zinedine Zidane is set to welcome back the likes of Cristiano Ronaldo and Luka Modric back into the starting lineup, after resting the duo for the midweek encounter against Sevilla. Karim Benzema is also expected to start after grabbing the all-important equaliser on Thursday.

Gareth Bale remains out, as he continues to regain fitness post ankle surgery. The Welshman is still some way off returning to the first team setup, but reports this week state that he could be back by March. Pepe (calf) is the other certain absentee, with Isco doubtful with a thigh injury.

As Real Madrid and Zidane look to make it 41 games unbeaten, the return of Modric will be a big positive as the Croatian will help Los Blancos control the tempo for large parts of the match and allow the likes of Ronaldo and Benzema to attack with more freedom.

The defence will need to be on their guard as well, against a fearless Sevilla attack that can cause damage quickly and effectively. Having conceded three on Thursday, an improved showing is needed if Real Madrid are to enjoy a relatively easier night. 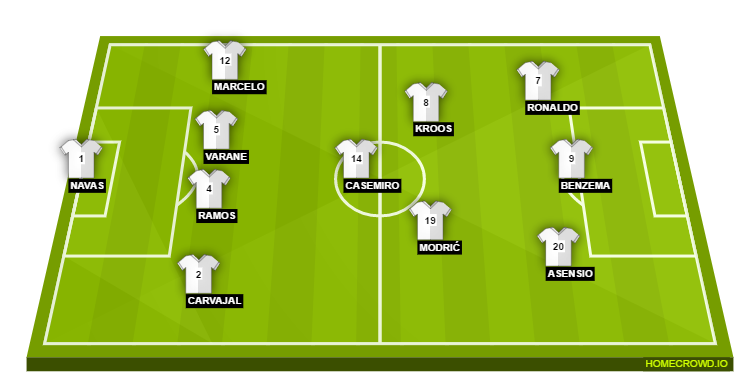 Unbeaten result number 40 didn’t come easy, and as Real Madrid prepare to visit the Ramon Sanchez Pizjuan Stadium once again this week, they have the toughest challenge in their charge to win the La Liga title.

Zinedine Zidane’s side have already visited Barcelona and Atletico Madrid this season, and the trip to Sevilla is sure to be their toughest away game for the remainder of the season.

Sevilla are right in the thick of the title race as they lie just four points behind leaders Real Madrid. The team has played fearless, attacking football since the appointment of Jorge Sampaoli, and this side does not fear the likes of Real Madrid and Barcelona, and are chasing the title in their own right.

This is a highly tricky match for Real Madrid, but with Ronaldo and Modric back into the lineup they will pose much more threat to the Sevilla defence that the side that took the field on Thursday. We predict this to be a close match, with Real Madrid nicking it by the odd goal.