The Catalans need to overturn the 2-1 defeat they suffered at the hands of the Basque side in order to progress in the tournament, after Bilbao took a 2-0 lead after just 28 minutes. Barcelona were only able to rescue an away goal thanks to a Lionel Messi free kick that Bilbao goalkeeper Gorka Iraizoz should have kept out.

Barcelona stuttered yet again against Villareal, and were only able to rescue a point after yet another Messi free-kick, which this time was absolutely brilliant and left the goalkeeper with no chance. Luis Enrique is under increasing pressure and will be hoping for a good result against Bilbao to ease some of it.

Bilbao’s overall form looks slightly better than Barcelona’s as they are unbeaten in their last 4 matches in all competitions. However, their away form has been a big concern of late as they have only 1 win in their last 8 outings.

Barcelona were unbeaten in 10 matches before their defeat at Bilbao last week. This is slightly misleading, however, as 4 of those results have been draws. At Camp Nou, the Blaugrana have won their last three matches by big margins, scoring 15 goals in total in those fixtures.

Jasper Cillessen returned to training earlier this week after spending some time on the sidelines with a soleus injury, and that now means that Luis Enrique has a full squad for the Bilbao match. Marc-Andre ter Stegen had to play in last week’s defeat to Bilbao and will likely feature again given Cillessen has only just returned to training.

Lionel Messi, Andres Iniesta, Luis Suarez and Gerard Pique also took part in the workout after the club opted to not send them to the Best FIFA Awards Gala due to the importance of the Wednesday’s encounter. All three will definitely play as this is a competition Barcelona area clearly taking seriously.

Enrique is expected to name a strong side and will likely start with the same team that played against Villareal. Despite Messi’s dominance, Barcelona were unable to come away with a victory but Luis Enrique will be encouraged by the performance of his star striker.

Barcelona will go all out and attack right from the off as they need to overcome a 2-1 deficit, and there is a chance Arda Turan will have some involvement in the game after ending 2016 in fine form. 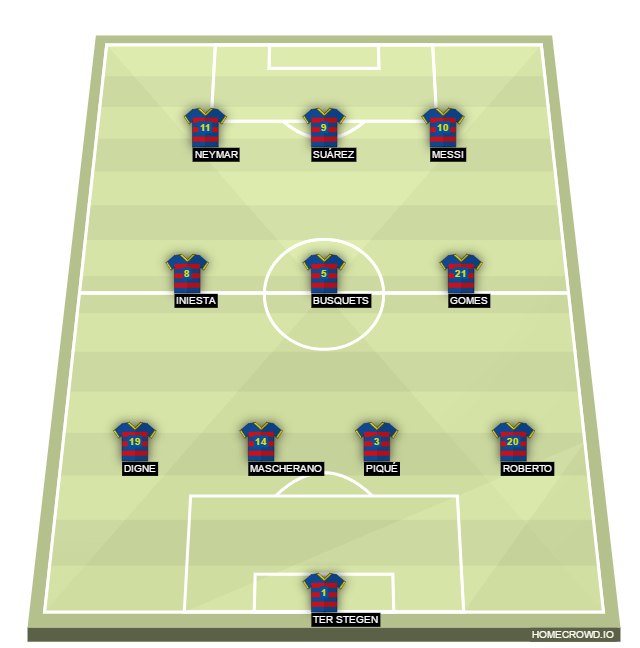 Goalkeeper Kepa Arrizabalaga suffered a thigh injury in the Alaves match and will not feature against the Catalans. Ander Iturraspe and Raul Garcia are both suspended, after being sent off against Barcelona in the previous game.

Manager Ernesto Valverde has no other major concerns going into the game, and will definitely put out a strong side and look to stifle Barcelona. Bilbao’s form away from home has been a huge concern, so it is likely that they will set up conservatively and look to soak up the pressure and snatch a goal on the counter.

Bilbao’s game-plan worked perfectly last time around as they sacrificed possession and shocked Barcelona with two quickfire goals, so despite the loss of Iturraspe and Garcia, Valverde will name a strong line-up that is set up to repel attack after attack. 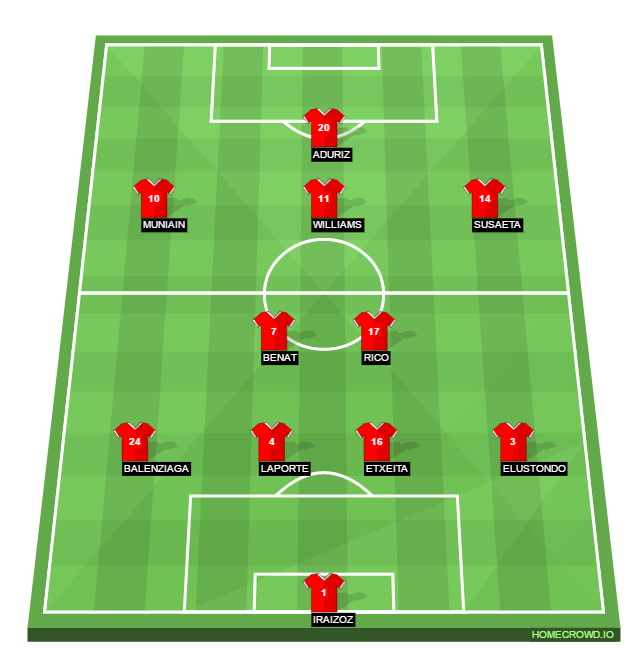 Bilbao’s away form coupled with the fact that Barcelona will be fired up for this game after the perceived injustices should be enough of a catalyst for Luis Enrique’s side to pull off a good result. Missing two key midfielders against Barcelona is a blow for any team, and the loss of Iturraspe and Garcia will be felt keenly by Ernesto Valverde’s men.

Barcelona will name the strongest line-up possible and the support of the home crowd should be enough to see them through this tie, although it won’t be as easy as it seems if Bilbao’s defensive unity from the last fixture was anything to go by.