Real Madrid host Granada at the Santiago Bernabeu on Saturday, with a chance to extend their winning run and the lead at the top of the La Liga table.

The winter break is over and the league season gets back underway, with Matchday 17 of La Liga kicking off from Saturday. Real Madrid return to league action as they host second-from-bottom Granada at the Santiago Bernabeu in Saturday’s lunch-time kickoff.

The hosts come into this match, having resumed from where they left off in 2016, as they beat Sevilla 3-0 in the first leg of their Copa Del Rey Round of 16 clash, to remain unbeaten this season.

Meanwhile, this will be the first match of the year for Granada, having played their last competitive game on 22nd December as they lost 2-0 at Osasuna in a Copa Del Rey last 32 tie to bow out of the competition.

The Hard Tackle takes a closer look at the fixture, as Los Blancos aim to extend their unbeaten run.

Real Madrid manager Zinedine Zidane has a lengthy injury list to contend with, as many of his key players are out with various niggles. The problems start right at the back with Zidane’s first choice central defensive partners Pepe (calf) and Sergio Ramos (muscular problem) out with fitness issues.

Both the centre-backs will be eased back into the lineup in order to prevent a recurrence of their problems. Up ahead in midfield, Lucas Vazquez (calf) and Mateo Kovacic (sprained ankle) are also sidelined.

Meanwhile, the influential forward Gareth Bale has made a return to training, after missing more than a month of action with an ankle injury. However, this game comes too soon for him, as the Welshman continues to work on his fitness.

However, Cristiano Ronaldo is expected to return to the starting lineup after being rested for the win over Sevilla in midweek. He is likely to be joined by Karim Benzema and Alvaro Morata in the attack. James Rodriguez could get an extended run in the team as well after his two-goal heroics in the King’s Cup victory. 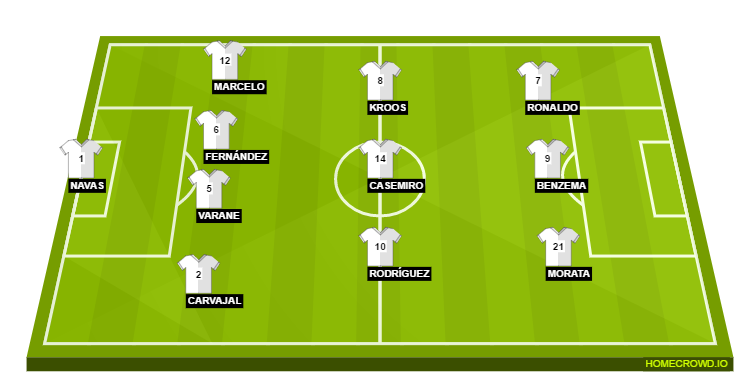 Granada manager Lucas Alcaraz, on the other hand, has a relatively smaller list of absentees to deal with. Right-back Dimitri Folquier (foot), defensive midfielder Rene Krhin (knee) and winger Isaac Cuenca (hamstring) are all out with mid to long-term injuries.

Meanwhile, midfielders Mehdi Carcela-Gonzalez and Victor Angban are away on national duty at the Africa Cup of Nations for Morocco and Ivory Coast respectively, and will miss the next few weeks of club action.

In the absence of some of his midfielders, Alcaraz will bank on his on-loan midfield trio of Sergi Samper, Jon Toral and Andreas Pereira – all of whom have impressed so far this term – to counter the might of Real Madrid, with the role of goalkeeper Guillermo Ochoa extremely vital against the Madrid attack. 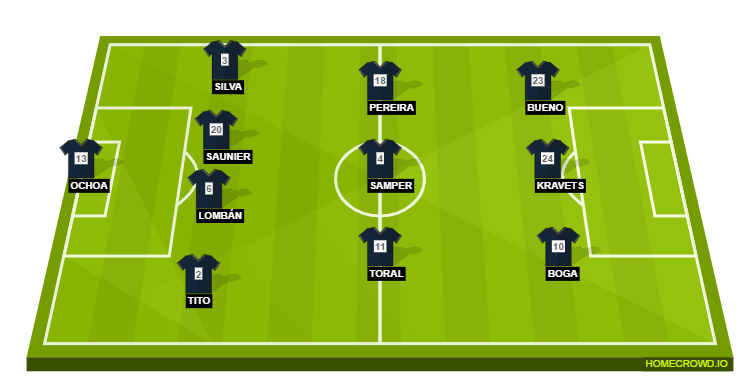 Real Madrid have the double motivation to not only extend their unbeaten streak to 39, when they host Granada on Saturday but also extend their lead over bitter rivals Barcelona to six points, with Luis Enrique’s side facing a sizable task of visiting Villarreal at El Madrigal on Sunday.

The chances of doing that look good, with Granada struggling to make a mark in the league this season. The visitors, who have won just once all season face a daunting task of visiting Zinedine Zidane’s all conquering side, and getting anything away from the match will be like bonus for Alcaraz’s side.

We predict a big win for Los Blancos on Saturday.