Liverpool will be full of confidence going into the game after snatching an all important 1-0 victory against Manchester City earlier this week. Liverpool will be looking to capitalise on Sunderland’s defensive problems this season and will be hoping for a result that goes their way later on in the week, when Chelsea take on Tottenham Hotspur.

Sunderland are in poor form at the moment and are coming off the back of a 4-1 loss to Burnley, in what was arguably their worst performance of the season. They seem bereft of confidence and Liverpool – who are full of confidence – will likely be too much to handle for David Moyes’ relegation-threatened side.

However, the Reds have had less than 44 hours to prepare for this game and with Jurgen Klopp’s gegenpress system one that requires immense physical fitness, there could be a lot of tired legs out there at the Stadium of Light. Sunderland will be hoping Liverpool are not at their effervescent best as the look to break out of the bottom 3.

Philippe Coutinho and Joel Matip (ankle) will miss out on the game as they continue their rehabilitation. Marko Grujic is also a doubt with a knee injury while the biggest issue Jurgen Klopp has going into this game is the fitness of captain Jordan Henderson, who is nursing a heel injury. This could force him into playing Adam Lallana in a deeper role or using Lucas Leiva as a replacement.

Jurgen Klopp might choose to rotate a little bit in this game given the hectic schedule of the festive period, and with Daniel Sturridge pushing for a start he might choose to use the Englishman. Divock Origi – who only featured as a substitute against Manchester City – could also be included in the starting line-up given his impressive form of late.

Liverpool will be looking to finish this off early and not be pushed into a fight all game, as there will no doubt be many fatigued players out there who may not be able to put in a full effort for the entire 90 minutes. Sunderland have had severe defensive issues this season so Jurgen Klopp will look to heap pressure on their defence and attack right from the start. 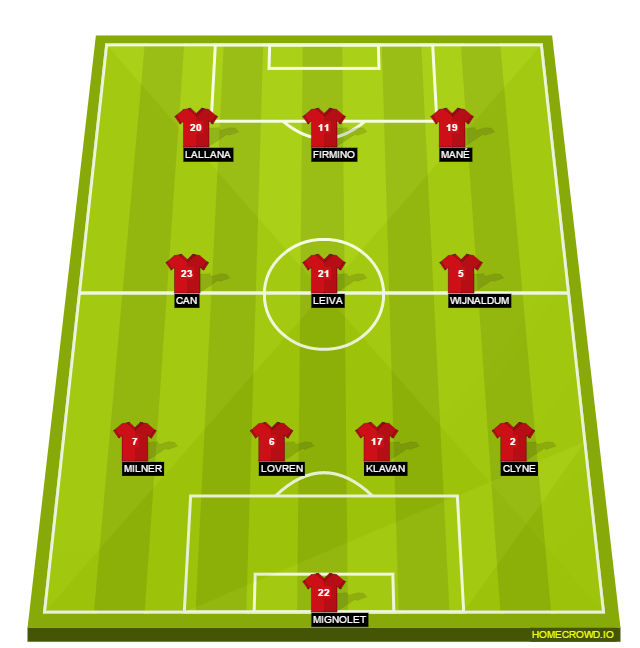 Sunderland’s injury problems are mounting up ahead of Liverpool’s visit to the Stadium of Light after both Lamine Kone and Victor Anichebe were forced off against Burnley. Kone collided with an advertising hoarding and was unable to continue while Anichebe appeared to pull his hamstring in the 4-1 loss at Turf Moor.

Sunderland are also without Jordan Pickford who is out until February with a knee injury and will also be without Jason Denayer who is nursing a hamstring injury. David Moyes’ side are ravaged with injuries and at a time when most teams are rotating, Moyes will be forced to play the team he has.

All of these problems leave no doubt that Sunderland will look to do anything else but park the bus against Liverpool, and try to squeeze out a point from the fixture. Given Jermain Defoe’s form this season they might look to him to take advantage of a quick counter, but beyond that, expect Sunderland to defend as a tight unit. 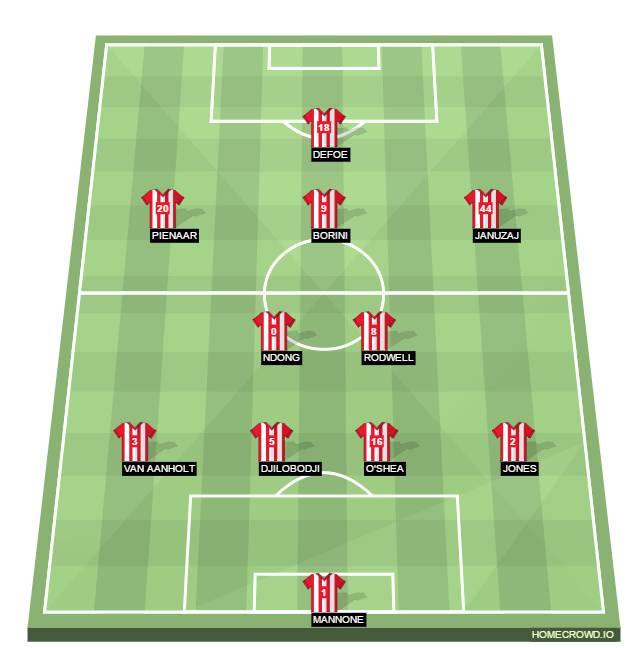 On any other day, Liverpool would have likely blown Sunderland away given their struggles. But with Liverpool players no doubt nursing some tired legs out there it seems unlikely that the Reds will be at their energetic best. However they still have too much quality in attack and Sunderland’s defensive issues will help. The Reds should ease to a comfortable win against Sunderland.