USA have had a successful run on home turf in the Copa America Centenario until now. However, they face a daunting task of overcoming tournament favourites Argentina, in Houston on Tuesday, June 21st.

The Albiceleste have been absolutely stupendous this summer. Marauding their way through the group, they made short work of defending champions Chile in the group stages and picked Venezuela apart 4-1 this week in the quarter-finals. They will start as strong favourites against the host who has had an excellent tournament so far.

Scoring an astounding 14 goals in their last 4 matches, Tata Martino’s men will look to build on their present form. Argentina has the highest number of Copa America finals (27) and is also the second most successful nation in the Copa behind Uruguay.

Lionel Messi, who is an indomitable force, has achieved the milestone of equalling Batistuta’s record of 54 goals for the national team. The FC Barcelona striker will be leading the attack with Lavezzi, Aguero and centre-forward Gonzalo Higuain who is coming off the back of an excellent season with Napoli.

Argentina will be missing the services of PSG star Angel Di Maria who withdrew from the tournament after sustaining a torn adductor. Tottenham star Erik Lamela who added the fourth goal in the 4-1 thrashing of Venezuela will likely be an option for Martino on the bench. 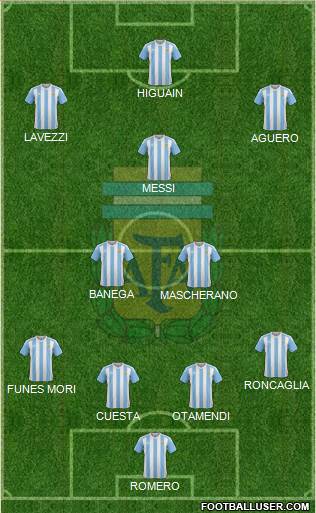 USA coach Klinsmann, however, has warned his team of not getting swayed by the fact that Argentina are a big name — “There is no need to talk and make Argentina bigger than they are. We played two years ago (against) Ronaldo and that was a big game, too. We were winning 2-1 right into the 96th minute. ” (USA Today)

Messi looks to have regained full fitness, although Argentina were equally devastating without him. The former German national team coach will look to Kyle Beckerman to fill in the shoes of suspended Jermaine Jones. The Americans however, must do without the services of 29-year old attacking midfielder Alejandro Bedoya, and forward Bobby Wood, who is ruled out with suspension.

Klinnsman has a lot of options, especially for the position of defensive midfield, where he can opt to play Bradley along with Besler. However, his best bet is perhaps to bring Beckerman into the lineup and push Bradley in a slightly more advanced position because of his experience at the top level. Beckerman despite the fact that he is a good defensive midfielder lacks Jones’ dynamism and can operate right above the defence as a sweeper.

Graham Zusi will be Bedoya’s replacement as he too is vastly experienced and will provide another option for set pieces. Zardes will replace Woods as the central striker playing above Dempsey. Zusi and Nagbe who are more orthodox wingers will have to double their work rate and constantly snuff out spaces in the midfield to ensure that Argentina don’t get the chance to punish them.

Zusi and Nagbe would also have been instrumental in the offence as Klinsmann will look to make use of Argentina’s weakness in the defensive flanks. Roncaglia is certainly the weakest link in the Argentine backline. The 29-year-old defender is not even a regular starter at his club in Italy. 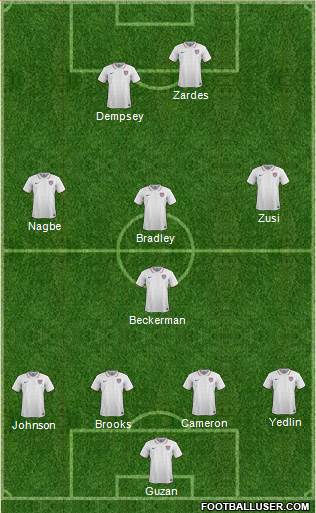 After an excellent season at Sevilla where he won the Europa League, the highly underrated creative midfielder will be crucial with his passing and distribution in close spaces. Klinsmann will instruct his players to inevitably snuff out spaces for the maverick Argentine forwards which is where Banega will come in handy, playing as a double pivot with the vastly experienced Javier Mascherano.

US fans have every reason to fear a trouncing by this Argentina side which is currently ranked number 1 in world football, especially when they’re missing three key players from their roster. However the Americans have surprised us with their football especially by bouncing back from an initial defeat at the hands of Colombia in their opening group match in the tournament.