Manchester City continue to remain interested in Harry Kane, with the Tottenham Hotspur forward likely to leave the club next summer.

A recent report from Spanish newspaper AS on Saturday, as cited by Sport Witness, has offered an update on the transfer saga revolving around Manchester City target Erling Haaland. It appears the English champions remain in contention to sign the Borussia Dortmund forward next summer but are more inclined towards Harry Kane.

It is no secret that Pep Guardiola is a huge admirer of the Tottenham Hotspur striker, whose projected move to Etihad could not materialise this summer. But it seems Man City are ready to give it another go next season when Spurs might be forced to cash in, should the club falter in matching the striker’s ambitions.

Kane himself favours a move to Manchester City due to their unrivalled success in English football since the arrival of Guardiola. The way he has reshaped English top-flight has certainly been commendable, with the Spurs superstar hoping to team up with the Catalan mastermind and solve Man City’s problem in the goalscoring department.

The Citizens were indeed on the lookout for a new forward after the summer exit of Sergio Aguero to FC Barcelona. Kane was naturally the priority target due to his vast experience and pedigree in English football. In fact, the 28-year-old is only 18 goals away from breaking Aguero’s record in Premier League’s all-time scoring charts. 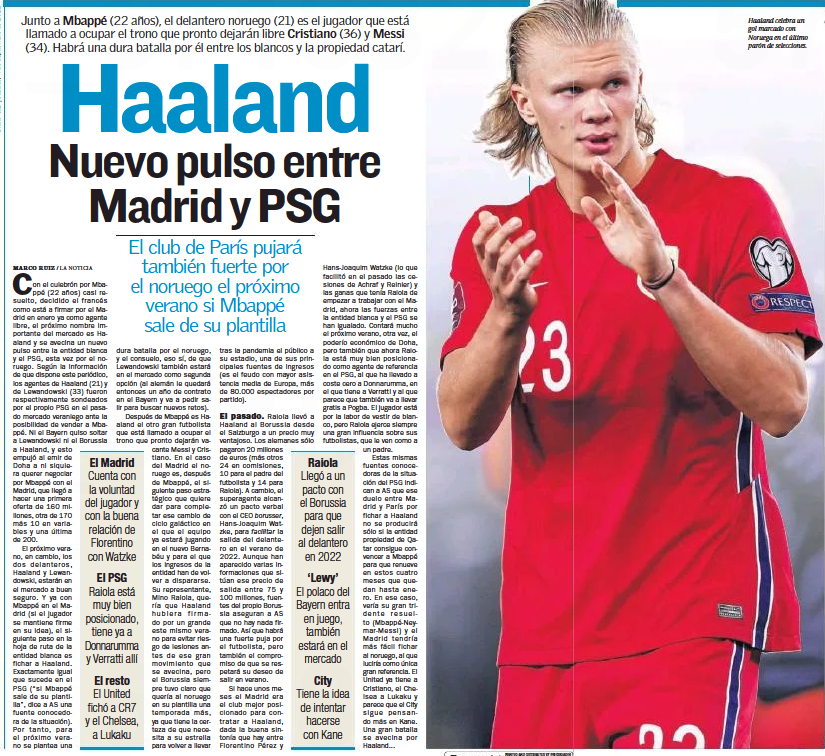 Aside from Kane’s goalscoring prowess, his creative output and ability to switch the ball around by dropping deep, almost effortlessly, makes him an appealing target for Guardiola’s positional football.

However, the 28-year-old remains focused on achieving his current’s seasons target at Tottenham Hotspur. The striker replied such when asked about his botched move to Etihad Stadium, further suggesting that he has no regrets over the saga and is ready to move on and do well for club and country.

Tottenham themselves did not opt to sign any replacement or at least a back-up for Kane in the summer. But their recent interest in Andrea Belotti does suggest a change of heart, which should, in turn, put Manchester City on alert.

However, it would be unfair to consider the English international as the only option for the English champions. After all, Guardiola’s team is one of the top contenders to sign Haaland next summer, although it appears Real Madrid and Paris Saint-Germain are the ones to set to go head go head in the race to sign the Dortmund superstar next summer.