Premier League football will return after a three-month break, with the 2018-19 season beginning on Friday. Leicester City will be playing the first match of the season for the third successive year when they visit Old Trafford to take on Manchester United.

Jose Mourinho is still stretched for resources heading into the season opener for Manchester United, with as many as 11 players possibly being on the sidelines. And, the Manchester United boss highlighted the major problems in his pre-match press conference on Thursday.

The injury absentees start right at the back, with Sergio Romero missing out due to a knee injury. But, David De Gea is available and set to start, meaning there is not much of a worry in the goalkeeping department, with Lee Grant set to be his deputy on Friday. 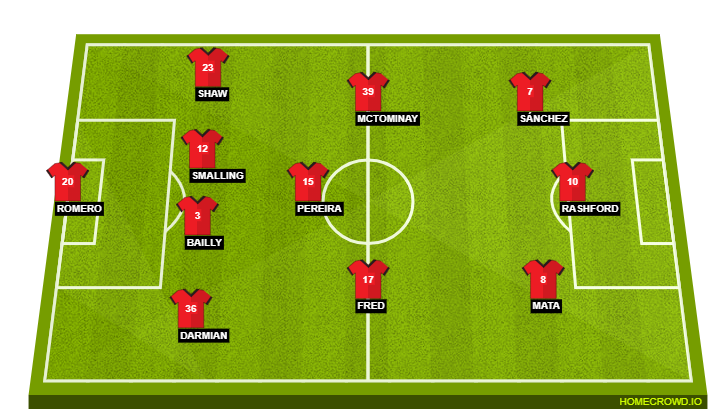 In defence, the likes of Antonio Valencia (calf), Marcos Rojo (knock) and Diogo Dalot (knee) are on the treatment table. With these many players absent, the back four pretty much selects itself, with Matteo Darmian, Eric Bailly, Chris Smalling and Luke Shaw expected to start.

There are a number of issues in midfield, with Ander Herrera (hamstring) and Nemanja Matic (knock) also not available for selection. In addition to the injured players, the likes of Ashley Young, Paul Pogba, Jesse Lingard, Romelu Lukaku and Marouane Fellaini will only be available for a place on the bench, if at all.

The aforementioned quintet returned to training this week after returning from their extended post-World Cup break. But, the Manchester United manager was hopeful that some of them could help the team out by coming off the bench.

“You cannot have the players who arrived only last Monday after the World Cup semi-finals or final and three weeks’ holiday. You cannot expect them to be fit. They returned on Monday. They trained on Monday, Tuesday, Wednesday and today, so you can imagine that they’re not really fit and ready, but we have needs.”

With Mourinho down to his bare bones though, the midfielders and forwards are obvious selections as well. Fred should make his competitive debut for Manchester United, with Andreas Pereira and Scott McTominay for company. Upfront, the onus will be on wide men Alexis Sanchez and Juan Mata, with Marcus Rashford the striker against Leicester.