The Reds head to Dean Court to face Eddie Howe’s side after a spectacular week saw them beat Mark Hughes’ Stoke City 4-1 in the Premier League and then shock Borussia Dortmund 4-3 to dump them out of the Europa League.

It’s been some week for the Reds and their supporters but Jurgen Klopp will have to get his side back in the thick of Premier League action with a visit to Bournemouth. Liverpool sit in 8th spot on the table with games in hand over the teams above them, so it will be crucial the Reds pick up a positive result and keep the pressure on the sides in the Champions League places.

With a haul of 41 points from their 33 games, Bournemouth have virtually secured their Premier League status for the 2016/17 season. The Cherries have had a very impressive first season in the top flight with manager Eddie Howe receiving acclaim for his work with the side. Bournemouth arrive on the back of a win over a hapless Aston Villa side who, with their loss to Manchester United on Saturday, confirmed their relegation into the Championship for the 2016/17 season.

Callum Wilson made a long awaited return to the Bournemouth first team with a substitute appearance against Aston Villa last weekend. Winger Junior Stanislas could make his return to the side from a hamstring injury and although he may not be rushed into the side by Eddie Howe, he’s expected to feature in the game at some point.

Former Arsenal man Benik Afobe misses out due to a hamstring problem, while the likes of Adam Smith and Harry Arter remain on the sidelines recovering from their respective injuries. 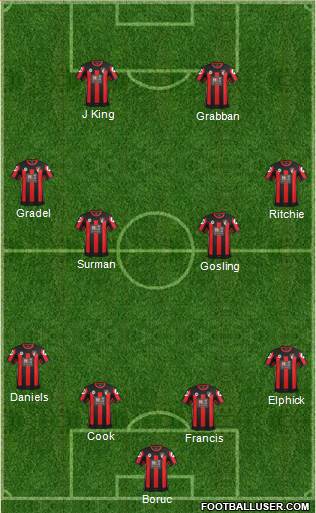 Emre Can is still serving his two-match suspension which rules him out of the Reds’ visit to Dean Court. Lucas Leiva made a welcome return back from injury for Liverpool against Stoke City last weekend and is set to feature in this game. Jurgen Klopp will ring in the changes, resting a number of the players who featured in the exhilarating 4-3 win over Dortmund in midweek. 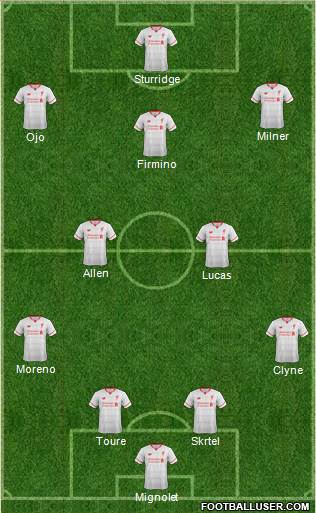 Liverpool have performed well over the last few weeks and if there is anything that could let the Reds down tomorrow, it’s their own defence. Should Skrtel and Toure have a good afternoon, the Reds, with their attacking prowess, could fancy their chances against Eddie Howe’s side. However, the club from Dorset have scripted an admirable level of success in their debut season in the Premier League and hence are always tricky opponents — especially in their own backyard.