Arsenal gear up for their final visit to Upton Park as they prepare to take on their London rivals, sixth placed West Ham United, with no room for a slip up as the Premier League reaches its business end.

This was supposed to be the season when Arsenal finally breaks its shackles, but things have gone horribly wrong for Arsene Wenger and his men in the past couple of months. The Gunners were knocked out of the Champions League and FA Cup, and their Premier League title hopes are teetering on the edge. They trail arch-rivals Tottenham by four points, while leaders Leicester City have gained an 11 point advantage, although the Gunners do have a game in hand.

A win is an absolute necessity for Arsenal. However, they come up against a West Ham United team who have ambitions of their own. The sixth placed Hammers are just two points adrift of Manchester United and three less than Manchester City for the coveted final Champions League spot. West Ham have nothing to loose and Slaven Bilic and the Hammers are a formidable opponent as they look to do the league double over Arsenal in nearly ten years.

West Ham have a full strength squad to choose from. The red card given to midfielder Cheikhou Kouyate against Crystal Palace in their last Premier League match was rescinded by the FA. 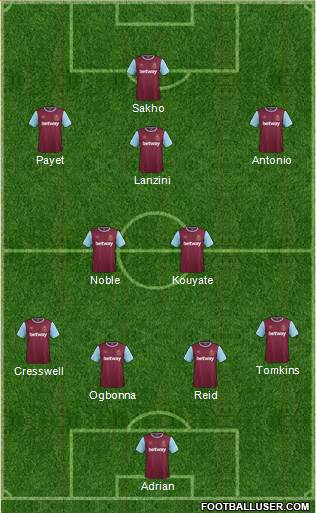 Aaron Ramsey and Mathieu Flamini face late fitness tests ahead of the game against West Ham, but are unlikely to feature as Coquelin and Elneny are in good touch. 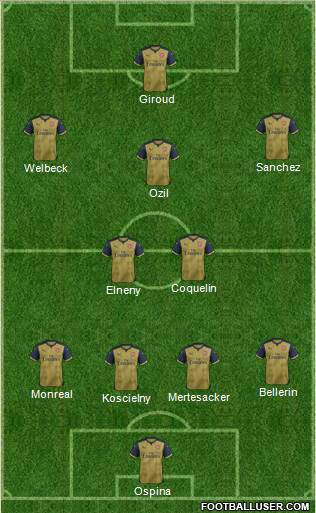 There’s no stopping the Hammers right now and Arsenal are prone to shooting themselves in the foot in crunch situations. Slaven Bilic and the Hammers are going all out in their hunt for Champions League football next season, but the Gunners themselves are aiming to win the league title.

It should be a engrossing encounter between two London giants with some very talented play makers. A draw would seem the likeliest result, given the fact that neither team will give an inch to the other.