Liverpool and West Ham are involved in the race to sign TSG Hoffenheim fullback David Raum, who could leave the club for just €30 million.

According to SportBild, as relayed by Sport Witness, TSG Hoffenheim are facing a battle to keep hold of their star players in the summer, with David Raum emerging as one of the targets for multiple English clubs including West Ham United and Liverpool. The defender is said to be available for a fee of just €30 million this summer.

Hoffenheim are already braced to lose Christoph Baumgartner in the summer amid interest from Liverpool and Manchester United. And it appears Raum is another player being closely followed by the Premier League clubs following his exceptional debut season in the Bundesliga this term.

Formerly of Greuther Furth, Raum had initially joined Hoffenheim last summer. He was signed on the back of an excellent season in 2. Bundesliga that saw him bag 15 assists, helping Furth get promoted to the top-flight.

It was a tall ask for Raum to replicate his performances in the Bundesliga. But after a slow start, the 24-year-old left-back has picked up the pace brilliant and has been an asset to Sebastian Hoeness’ setup, offering consistent attacking support, width and creativity down the flanks. 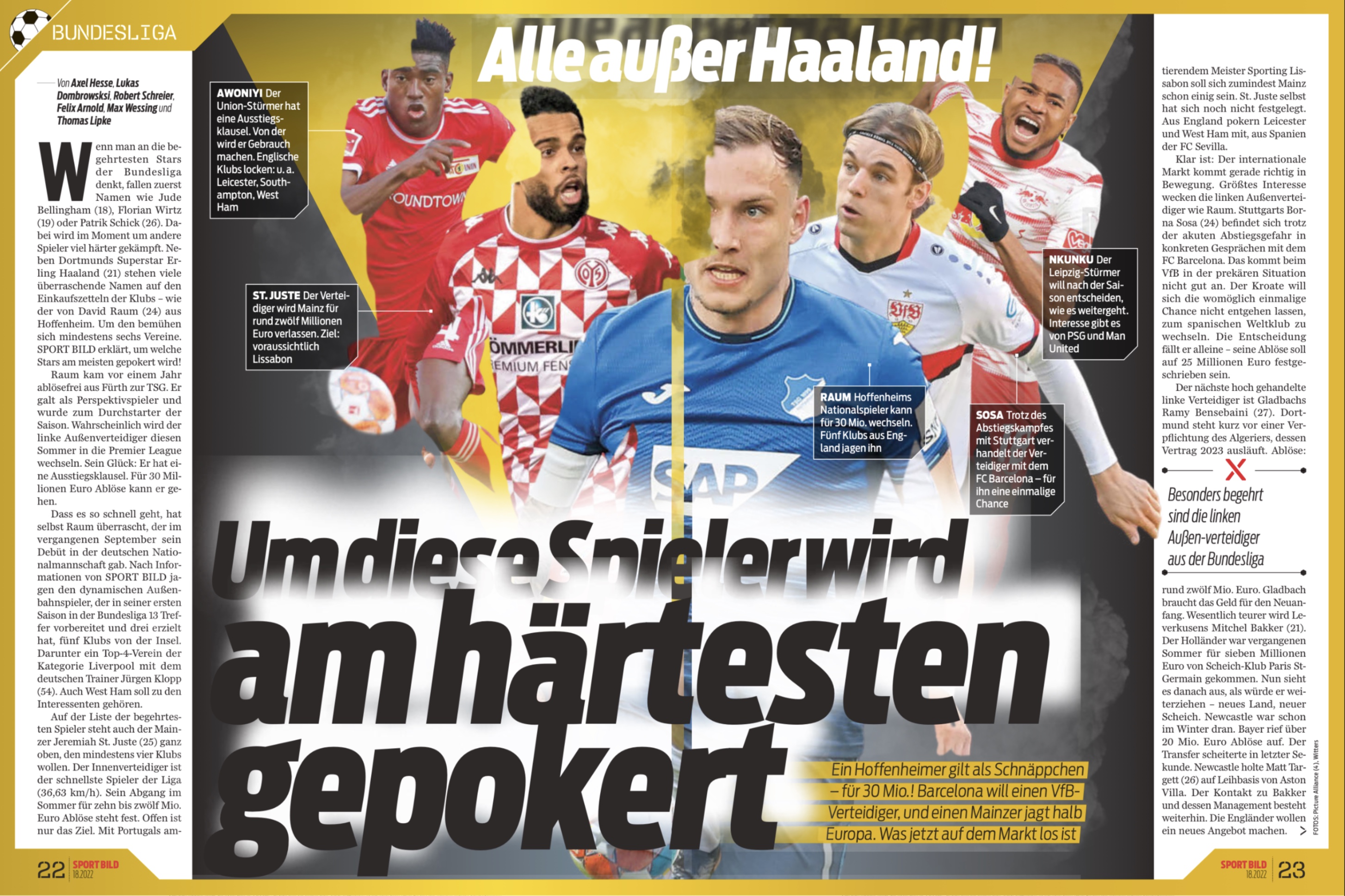 The results have been there for all to see, with Raum bagging 13 assists in the Bundesliga this term. His performances have even made him a key asset for the German national team under Hansi Flick, with many expecting him to become the national team’s first-choice left-back in the upcoming FIFA World Cup.

It appears the German international could be on the verge of a move away from Hoffenheim as well, with West Ham United courting him as a potential alternative for Aaron Cresswell next season.

The Hammers have been already linked with a move for Owen Wijndal, but Raum has performed more consistently at the highest level of football. He offers more attacking support down the left flank and is tactically adept to thrive in a back three, thus making him an appealing target for David Moyes.

Another club in contention to sign the marauding Hoffenheim fullback are Liverpool. However, it remains to be seen whether the Reds will be keen on splashing €30 million on a left-back, especially given the fact that they already boast the services of Andrew Robertson and Kostas Tsimikas, with the latter more than qualified to serve as a backup in the years to come.