Manchester City will aim to continue the unbeaten start to the 2022/23 season when they face Nottingham Forest at the Etihad on Wednesday.

The 2022/23 season is going into overdrive starting this midweek, with Gameweek 5 kicking off only 48 hours after the end of the previous round of fixtures. And Manchester City will be eager to keep pace with the high-flying Arsenal when they play hosts to Nottingham Forest on Wednesday night.

Manchester City began the 2022/23 season with a 3-1 defeat to Liverpool in the FA Community Shield tie. But the Citizens have been in top form in the Premier League, for the most part, beating West Ham United, Bournemouth and Crystal Palace while playing out a 3-3 draw with Newcastle United. And in particular, the come-from-behind win over Crystal Palace this past weekend showed the mettle of a champion team.

For Nottingham Forest, it has been a trial by fire in the Premier League, with their return to the top flight not being particularly pleasing. While the Tricky Trees have shown grit in the win over West Ham United and the 1-1 draw with Everton, they have faced tough fixtures against Newcastle and Tottenham Hotspur in the opening month, with the results leaving them 14th in the standings.

Manchester City last took on Nottingham Forest in the FA Cup in January 2009, with the Tricky Trees clinching a 3-0 away win. Ahead of the latest meeting between the two sides, The Hard Tackle takes a closer look at the encounter.

Pep Guardiola does not have any new injury concerns hampering his preparations ahead of the visit of Nottingham Forest. The Manchester City manager could be bereft of the services of as many as four first-team players on Wednesday.

Aymeric Laporte remains a long-term absentee for Manchester City due to a knee injury that will keep him out until after the international break. In addition, Nathan Ake (groin), Kalvin Phillips (shoulder) and Jack Grealish (knee) remain doubtful due to their minor issues, and the trio will unlikely be fit enough to start.

Ederson Moraes picks himself between the sticks, with Manchester City expected to line up in their usual 4-3-3 formation against Nottingham Forest. With Ake’s fitness in doubt, John Stones should form the central defensive partnership with Ruben Dias, with Kyle Walker and Joao Cancelo being the two full-backs.

Rodri and Kevin De Bruyne are automatic picks in the middle of the park, with the duo being pivotal figures for Manchester City. Ilkay Gundogan should also start against Nottingham Forest, with his status as the club captain making him a mainstay in the Manchester City midfield.

Meanwhile, Erling Haaland might be on the bench against Nottingham Forest, with Julian Alvarez in line to make his first Premier League start. Alvarez will spearhead the Manchester City attack, with Riyad Mahrez and Phil Foden likely being the two wide attackers, meaning Bernardo Silva drops to the bench. 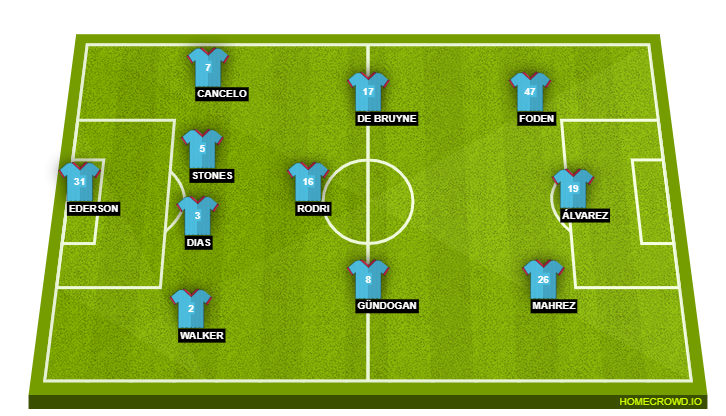 Like his counterpart in the Manchester City dugout, Steve Cooper does not have many pressing roster issues to contend with ahead of the trip to the Etihad. The Nottingham Forest manager will be without three first-team players on Wednesday.

Orel Mangala is a long-term absentee for Nottingham Forest, with the Belgian midfielder nursing a thigh injury. In addition, Moussa Niakhate (hamstring) and Omar Richards (leg) are also on the sidelines recovering from their respective fitness issues.

Dean Henderson has been a revelation between the sticks for Nottingham Forest in the first few games this season, and the English goalkeeper will start in goal. The visitors will line up in a 3-4-2-1 formation against Manchester City, with Joe Worrall, Steve Cook and Scott McKenna forming the central defensive unit.

Neco Williams has been in fine form thus far, and the Welsh international will start as the right wing-back, with Harry Toffolo taking his spot on the left flank ahead of latest signing Renan Lodi. The Brazilian defender will likely be in line to make his Nottingham Forest debut on the weekend.

Remo Freuler is the midfield general for Nottingham Forest, and the Swiss international will start alongside Ryan Yates in the middle of the park. As for the attacking unit, Jesse Lingard has blown hot and cold, so he might drop to the bench, with Taiwo Awoniyi leading the line against Manchester City. Morgan Gibbs-White and Brennan Johnson will play just behind Awoniyi. 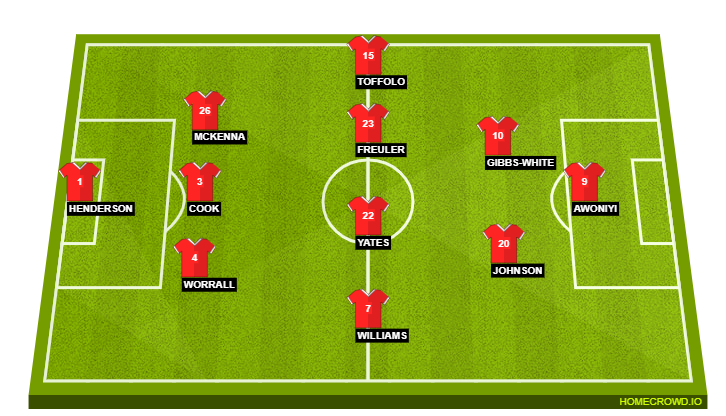 Julian Alvarez has had to bide his time since arriving at Manchester City from River Plate in the ongoing transfer window. The Argentine attacker showed a lot of potential during his stint with his former club, but Erling Haaland’s presence has forced him to play second fiddle to the Norwegian striker.

But reports this week have claimed that Alvarez might earn his first start in the Premier League when Manchester City and Nottingham Forest face off at the Etihad. The 22-year-old has looked in good touch whenever the opportunities have come his way, and the game on Wednesday will offer him the chance to make his mark at the Etihad.

Nottingham Forest will bring the trademark resilience to the Etihad on Wednesday, and the visitors will hope to frustrate Manchester City this midweek. Dean Henderson will be a busy man between the sticks, and Erling Haaland’s absence for most of the game might give Nottingham Forest a slim chance to snare a point.

But Julian Alvarez should make an impression in his first Premier League start for Manchester City, with the Argentine international getting off the mark in the competition. Haaland should also appear off the bench to continue his brilliant run, helping Manchester City clinch a 2-0 win over Nottingham Forest.