Chelsea will aim to reach the FA Cup semi-finals when they take on Middlesbrough in their quarter-final tie at the Riverside Stadium on Saturday.

The dreaded international break is nearly upon us. But clubs across Europe are yet to conduct plenty of important business before now and then. In England, the FA Cup and league football will simultaneously be played. And the action on the day will end at the Riverside Stadium, where Middlesbrough will play hosts to Chelsea, with a place in the cup semi-finals on the line.

Middlesbrough reached the FA Cup quarter-finals by embarking on a giant-killing mission that has seen them get past Manchester United and Tottenham Hotspur in the last two rounds. Meanwhile, Chelsea’s FA Cup campaign has featured wins over lower-league opposition, with the Blues beating Chesterfield, Plymouth Argyle and Luton Town to progress to the latest stage.

As for results of late, Boro’s recent form has been hit and miss, with Chris Wilder’s men winning only five of their last ten games across all competitions. The run of results has also left them looking over their shoulders in the race for a promotion playoffs spot in the EFL Championship.

On the other hand, grafting has been the name of the game for Chelsea, with the Blues putting the off-field distractions surrounding Roman Abramovich to one side. As a result, the Blues are currently on a five-game unbeaten run, with their last defeat in regulation time coming over two months ago.

Chelsea and Abramovich in limbo: What do the UK government sanctions mean for the club?

Chelsea beat Middlesbrough 3-0 the last time the clubs faced off, with Diego Costa, Marcos Alonso and Nemanja Matic on target. Ahead of the latest meeting between the two sides, The Hard Tackle takes a closer look at the FA Cup encounter.

Chris Wilder has been handed a major boost on the team news front ahead of the visit of Chelsea for the FA Cup quarter-final. On Saturday, the Middlesbrough manager will be bereft of the services of only two first-team players, with Riley McGree and Martin Payero still on the sidelines.

The good news is that Andraz Sporar and James Lea Silki should be at Wilder’s disposal following their recoveries from their respective illnesses. But with most of his resources at his disposal, the Middlesbrough boss will be able to name his strongest starting eleven.

Wilder will line his side up in his favoured 3-5-2 formation, which will feature overlapping centre-backs. The full-backs will be the chief source of creativity with their crosses, while the midfielders will have the license to bomb forward when the opportunities present themselves.

Joe Lumley will take his place in the Middlesbrough goal, with Anfernee Dijksteel, Dael Fry and Paddy McNair forming the central defensive partnership. Fry will play the sweeper role at the back, with Dijksteel and McNair charging forward at every given opportunity.

Isaiah Jones and Neil Taylor will be the two wing-backs, with the duo having the responsibility of sending in dangerous crosses from their respective flanks. Marcus Tavernier, Jonathan Howson and Matt Crooks will be the three central midfielders who will primarily look to keep things tight in the middle of the park.

The strike partnership will feature two loanees, with Aaron Connolly and Folarin Balogun being the two centre-forwards for Middlesbrough. Sporar and Josh Coburn will be Wilder’s backup attacking options on the bench in the game’s final stages. 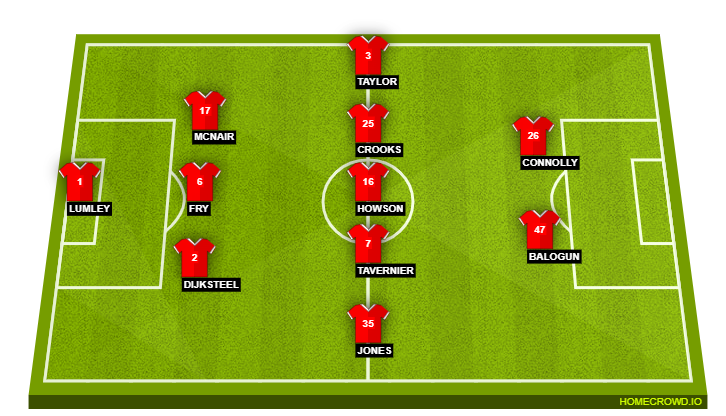 Unlike his counterpart in the Middlesbrough dugout, Thomas Tuchel has new fitness issues hampering his preparations ahead of the trip to the Riverside Stadium for the FA Cup quarter-final. On Saturday, the Chelsea boss could be without as many as five first-team players.

The latest absentee could be Andreas Christensen, who sustained a knock in the midweek UEFA Champions League clash against LOSC Lille. The Dane is a major doubt for Chelsea, with Reece James and Callum Hudson-Odoi also having a similar status on their availability. Saul Niguez could remain on the sidelines due to his ongoing recovery from COVID-19, while Ben Chilwell is a long-term absentee.

Thomas Tuchel is here to look ahead to tomorrow's #EmiratesFACup tie! 🎙 https://t.co/1i4xy2zNGS

Kepa Arrizabalaga is Chelsea’s designated cup goalkeeper, and the Spaniard should get the nod over Edouard Mendy on Saturday. Chelsea will line up in Tuchel’s preferred 3-4-2-1 formation, with Trevoh Chalobah, Antonio Rudiger and Malang Sarr forming the central defensive partnership.

Saturday’s game could give Tuchel a chance to implement some interesting tactics, one of which could see Hakim Ziyech start as the right wing-back. The Moroccan playmaker has been impressive in a couple of instances he started in the role. And Marcos Alonso is pencilled in to continue as the left wing-back.

N’Golo Kante is in for a rest after a sub-par display against Lille. That means Jorginho and Mateo Kovacic will be the two central midfielders, with the duo looking to control the proceedings for Chelsea.

As for the attacking unit, Romelu Lukaku and Timo Werner will have the chance to impress Tuchel after losing their spots in the side lately. Mason Mount will be Chelsea’s chief creator against Middlesbrough, leaving Kai Havertz and Christian Pulisic as backup attacking options. 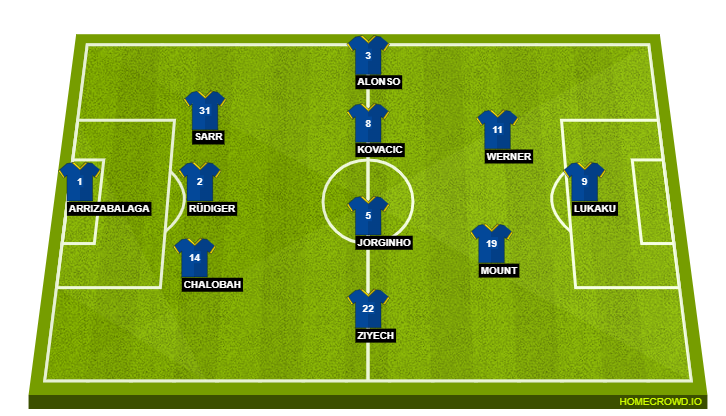 Things are going from bad to worse for Romelu Lukaku at Chelsea. The latest speculation claims that the Belgian international could part ways with Federico Pastorello, as he desperately seeks to move away from Stamford Bridge in the summer transfer window.

The 28-year-old is also linked with several European bigwigs and is particularly keen on returning to Inter Milan. But the FA Cup tie with Middlesbrough will give Lukaku the chance to show that he can still make a big contribution for Chelsea. An impressive display could help him go a long way in reclaiming his spot as a regular. If not, Lukaku will inch closer to exiting Stamford Bridge.

Things are never straightforward when it comes to Chelsea. The issues off the field are mounting with every passing day, although that has not had any knock-on effects on the performances on the pitch. And Thomas Tuchel has heaped praise on his players for showing good character to overcome the difficult period with creditable results.

Progressing further in the FA Cup will help Tuchel ease the pressure on his players, and a win on Saturday looks likely. But Middlesbrough will take the game to the visitors, as they have already shown in giant-killing wins over Manchester United and Tottenham Hotspur. However, a win is out of the question here, with Chelsea likely to be largely comfortable to seal a semi-final berth.